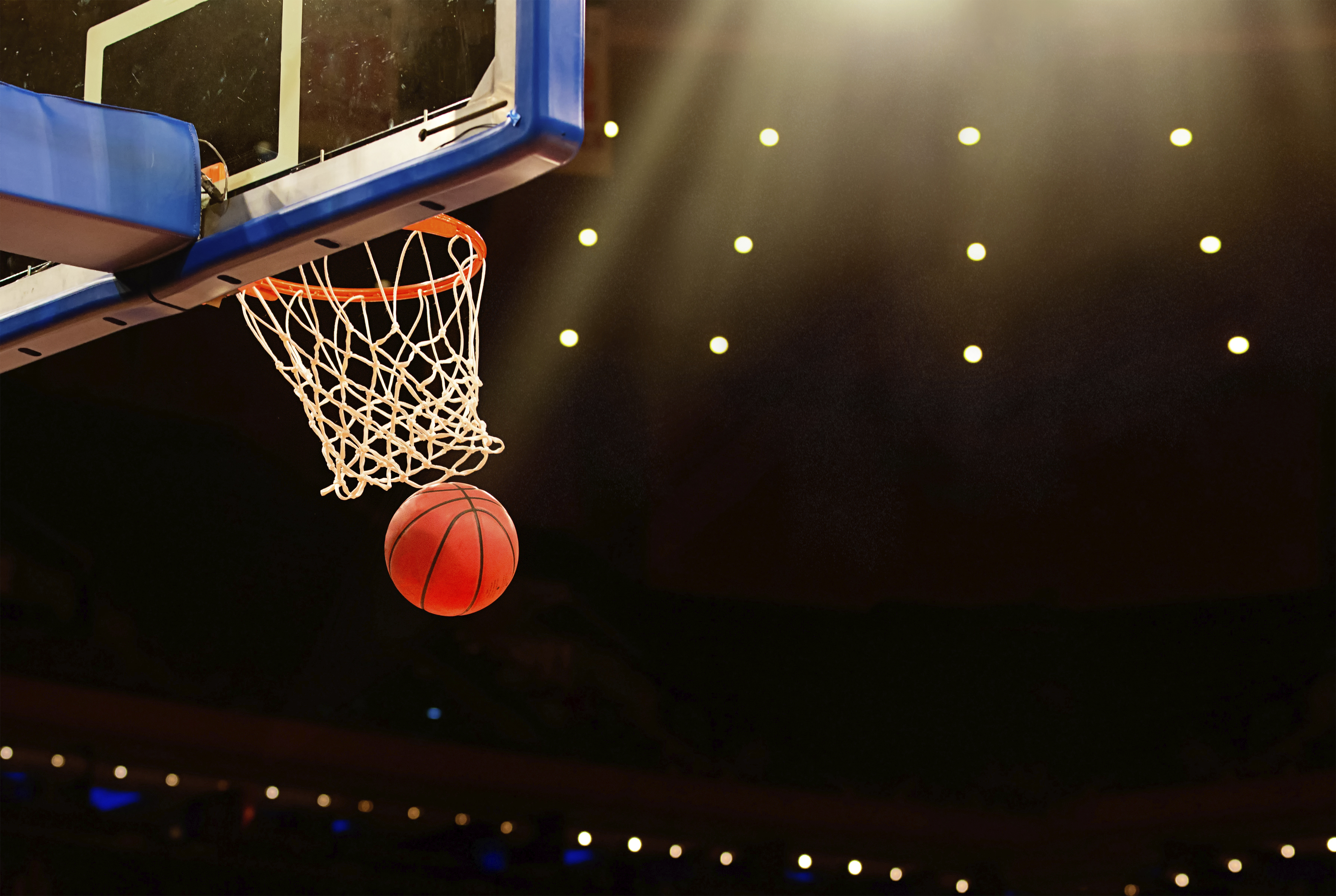 After Cardiac ’Cuse flatlined in Buffalo, there are unanswered questions for the Orange’s 2014-2015 hoops season

When fans of the Syracuse University men’s basketball team look back at the 2013-2014 season, two shots will stand out in their minds:

Freshman Tyler Ennis’ 40-footer that swished through the net against Pittsburgh, making every fan believe that destiny had become the Orange’s sixth man. And Ennis’ 21-footer that clanked off the back of the rim in the closing seconds against Dayton, making every fan wonder where the magic had gone.

Dayton, the No. 11 seed in the South region, ended No. 3 seed SU’s season with a stunning 55-53 victory Saturday, March 22, in the third round of the NCAA Tournament at Buffalo’s First Niagara Center. In the end, the 2013-2014 Orange, to paraphrase a famous rant by former NFL coach Dennis Green, were what Coach Jim Boeheim thought they were back in November.

“I think the height of foolishness is to think we’re going to win like 29 games and lose two or something like that,” Boeheim told reporters after the Orange opened its regular season Nov. 8 with an 82-60 romp over Cornell. “When you lose those two guys {guards Michael Carter-Williams and Brandon Triche} and you’re playing with a freshman guard {Tyler Ennis} and a sophomore guard {Trevor Cooney} who didn’t play last year, I don’t know what people see.

“Maybe I don’t know basketball, I guess,” Boeheim continued. “And {SU lost} James Southerland, who’s on an NBA roster. And we’re going to be that much better or better? I mean, what do you guys watch?”

For the first three-quarters of the season, we all watched what was one of the most captivating seasons in SU history as the Orange won its first 25 games and was ranked No. 1 in the nation for three weeks. As it turned out, SU peaked in early February, when it outlasted new Atlantic Coast League rival Duke 91-89 in overtime Feb. 1 before a NCAA-record 35,446 fans at the Carrier Dome, and then toppled Pittsburgh 58-56 Feb. 12 on Ennis’ 40-footer at the buzzer at the Peterson Events Center.

Ennis’ miracle heave and a last-second win over turnover-prone North Carolina State Feb. 15 masked a growing problem: The Orange was having trouble putting the ball in the basket. SU’s offensive woes continued for the remainder of the season as the Orange lost six of its final nine games, dropping from a likely No. 1 seed in the NCAA Tournament to a No. 3.

Against Dayton, the Orange made only 39 percent of its shots (21-of-54), and its 53 points marked the team’s second-lowest total of the season. Worse yet, the Orange shot 0-for-10 from 3-point range: the first time since the 1995 Big East Tournament against Providence that it did not make at least one 3-pointer in a game.

Ennis, who had made so many clutch plays earlier in the season, scored 17 points in the second half against the Flyers but missed a jump shot and the 3-pointer in the final eight seconds as Dayton advanced to its first Sweet 16 since 1984.

“Well, when you make shots, you win. When you don’t make shots, you lose in close games,” Boeheim said. “Early in the year, we made close shots. Obviously, Tyler made a 40-footer at Pittsburgh. But in the other games, we won seven straight close games early in the year, we made shots. It was different people. Tyler made some. C.J. {Fair} made some. Jerami Grant made a couple. But we made shots.”

Was it something more than making shots or missing shots? Grant, whose back injury late in the season contributed heavily to SU’s offensive woes, said the Orange “just didn’t come to play” against Dayton.

“We weren’t ready,” he said. “We’re the better team, and we came out and we weren’t prepared like we should have been.”

So, while we have six months to ponder how 25-0 and a No. 1 national ranking turned into 28-6 and an early exit from the NCAA Tournament, let’s take a look at the five biggest questions surrounding the Orange as it heads into the offseason:

1. Will Ennis and Grant enter the NBA draft? Ennis and Grant both said after SU’s loss to Dayton that they have not decided if they’re going to stay or go. They have until April 27 to decide if they want to enter the June 26 draft, and a player has until June 16 to withdraw from the draft if he does not hire an agent.

NBA mock drafts have Ennis and Grant both being selected in the middle of the first round. Whether it’s Ennis’ shooting or Grant’s durability, both players have room for improvement and can move up in the draft and make more money next year if they decide to stay one more year. But it’s unlikely both players will stay, and SU has to prepare for the worst and expect they’ll both go.

2. Who’s going to replace C.J. Fair as SU’s leading scorer? As expected when he decided to return for his senior year, Fair had a strong season, leading the Orange in scoring (16.5 points per game), ranking second in rebounding (6.4 per game) and being named as an All-ACC First Team member and a Second Team All-American.

3. Which freshman will step forward? It’s not realistic to think that 6-foot-8 forward Tyler Roberson, who averaged 2.2 points in 20 games this season, will make the kind of leap that Grant did from his freshman to sophomore year. Roberson showed flashes, but he didn’t play the meaningful minutes that Grant played as a freshman, and he was often singled out by Boeheim as a player who would play more if he had a better understanding of the team’s offensive and defensive schemes.

With Fair, senior center Baye Moussa Keita and perhaps Grant and Ennis out the door, there is a huge opportunity for Roberson and fellow freshmen B.J. Johnson, a 6-foot-7 forward, and Ron Patterson, a 6-foot-2 guard, to seize playing time and make an impact on next year’s team. SU’s 2014-2015 fortunes could depend on how much they improve.

4. Will DaJuan Coleman stay healthy and reach his potential? Coleman, the 6-foot-9 sophomore from Jamesville-DeWitt High School, entered Syracuse as a McDonald’s All-American and a potential one-and-done player like Ennis. But Coleman has been bothered by injuries his first two seasons, and this year he played in just 13 games before undergoing season-ending surgery on his left knee.

Junior center Rakeem Christmas (5.8 points, 5.1 rebounds per game) had his moments, but Coleman remains SU’s best chance to get offensive production from the post. Chinoso Obokoh, a 6-foot-9 freshman from Rochester, redshirted this season and at best next season will become a Keita-like role player.

5. Any Ennises in next year’s freshman class? Players like Ennis, who averaged 5.5 assists per game as a freshman, don’t come along very often. Even Carter-Williams, who is the leading candidate for this year’s NBA’s Rookie of the Year Award, sat for most of his freshman year behind Scoop Jardine before breaking out as a sophomore.

That said, Boeheim anticipated Ennis’ early departure by signing Kaleb Joseph, a 6-foot-3 point guard out of New Hampshire and a top-50 recruit, according to ESPN. Joseph will play immediately if Ennis leaves.

SU’s other recruit is 6-foot-10, 220-pound forward Chris McCullough, who was ranked No. 16 in the ESPN top 100. McCullough was kicked out of his former prep school, Brewster Academy, for a violation of school rules and enrolled at IMG Academy, in Florida. He is reportedly on track to be eligible to play next year.

But assuming McCullough can play, big men tend to take a little more time to develop at the college level. So it’s unclear what McCullough will be able to provide the Orange next season.