Winfrey tells students: “Be able to move through your life with a sense of vision, a sense of purpose, a sense of passion and love for the stories you tell.”

“I was worried. ‘Will they accept me without the orange?'” Oprah Winfrey joked, referring to the three orange dresses she forgot in her hotel room in New York City a few days earlier.

In a royal blue dress, Winfrey spoke on Monday Sept. 29, as part of the dedication of the Newhouse Studio and Innovation Center, featuring the Dick Clark Studios and Alan Gerry Center for Media Innovation.

More than 400 faculty, students, and donors packed into the Goldstein Auditorium in the Schine Student Center. Tables filled the center for VIP guests to enjoy a special lunch. Before her speech, she made rounds at the tables, snapping selfies, shaking hands, and waving to the swooning students sitting in the balcony. 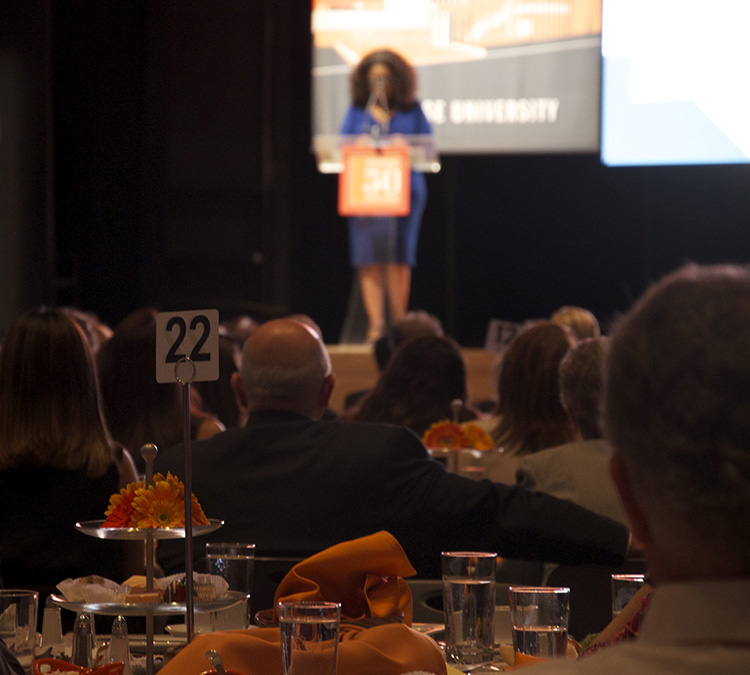 In her speech, Winfrey told the aspiring journalists and media creators to let their passion lead them to “do the good and great work.”

She encouraged students to embrace the opportunities that Newhouse offers. “You are so lucky! Do you even know how lucky you are?” She asked the students, throwing her hands above her curly hair. “Luck is preparation meeting the moment of opportunity. There is no luck unless you’re prepared.”

During her speech, Winfrey also thanked the Newhouse family, the Clark and Gerry families and the Newhouse Network. “What they do, investing in the future of others, is what we are all supposed to do: use what we have been given to impact others,” she said. 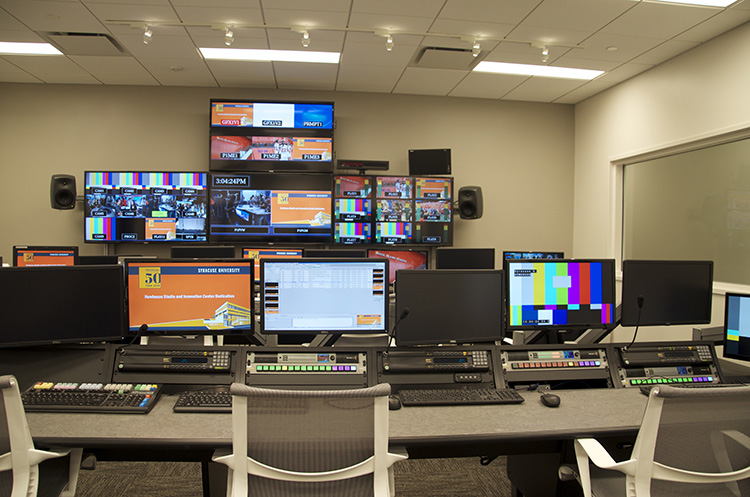 Newhouse 2 underwent an $18 million renovation, complete with new computers, a green screen, two television studios with master control rooms and dozens of digital video camera systems. This has been the building’s first renovation since it broke ground in 1974.

Newhouse’s dean, Lorraine Branham, believes the new studios represent the future of digital media. “We really wanted to create a facility that would meet the needs of all of our students,” she said. “It will allow them to create content, to innovate, and to envision the future of media and journalism.” 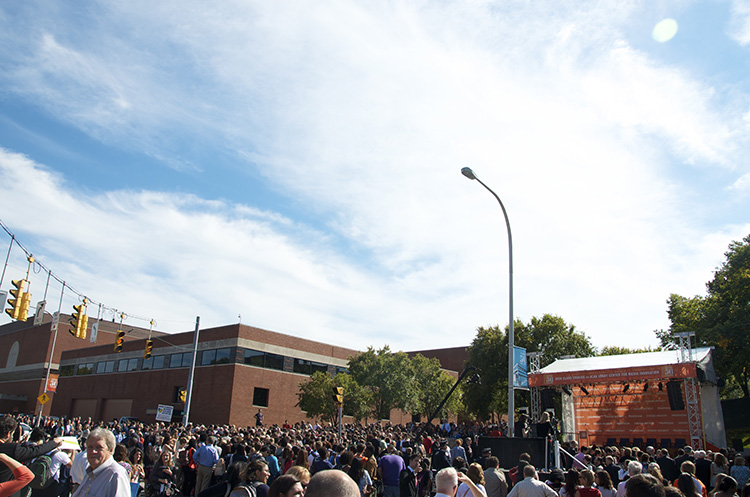 A dedication ceremony followed the luncheon, under blue skies and a sweltering sun. Crowds flooded Waverly Avenue to hear remarks from Winfrey, Donald Newhouse, Kari Clark, Lorraine Branham and Chancellor Kent Syverud. Students peered from the Sheraton parking garage, waiting to sneak another glimpse at Oprah. On the stage, she helped cut the orange ribbon and welcomed everyone to see the new facilities.

After the ribbon-cutting ceremony, Winfrey visited and pledged $100,000 to the Mary Nelson Youth Center on Syracuse’s South Side.

Winfrey said she hopes students will envision the future of media. “Be able to move through your life with a sense of vision, a sense of purpose, a sense of passion and love for the stories you tell,” she said. “The world is in great need of knowing and being able to discern what is the truth.”

Some ‘Best Of’ Categories that Eluded Voters
C’mon, Dan. We’ll buy the coffee.
To Top