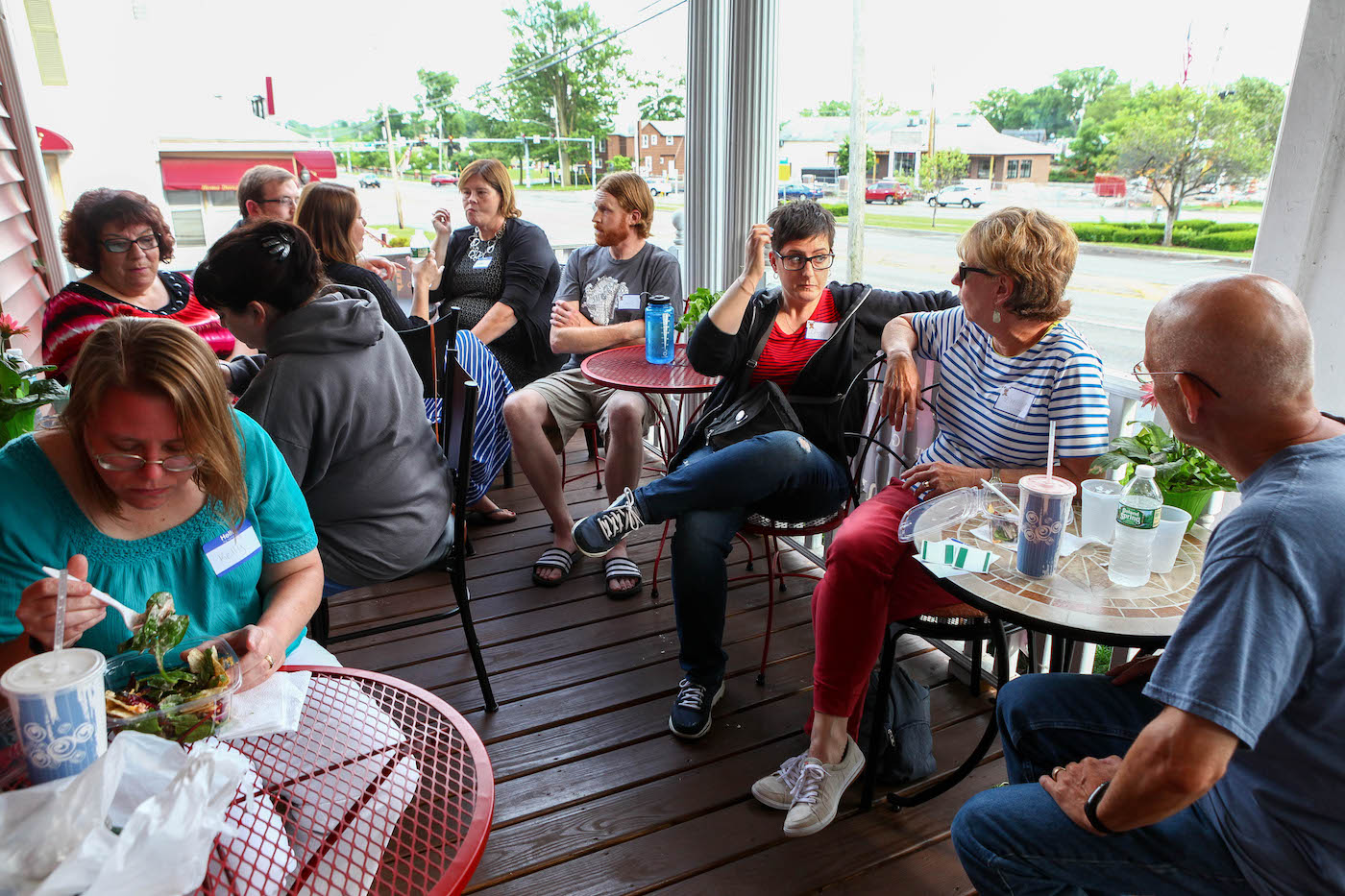 Being a vegan is a commitment to eating no animal products. No meat. No fish. No eggs. No cheese. No butter. No honey.

In our meat-centric culture, it also can mean no social support or understanding. Vegans often find it a challenge to dine out: One can only eat so many salads and veggie burgers. Vegans sometimes encounter raised eyebrows and concerned glances from friends and family, and co-workers who “don’t get it.” Even more challenging for vegans can be living with family members who eat meat.

Marybeth Fishman stopped eating meat more than 15 years ago. She was a vegetarian for many years before she became a vegan, eating largely a plant-based diet, but still consuming milk, eggs and cheese. 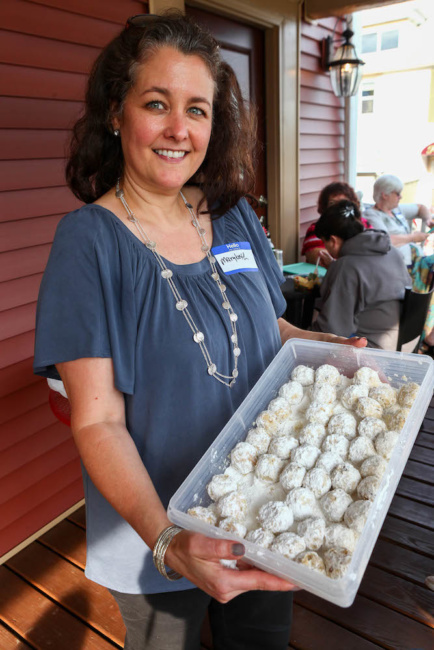 One day, she watched the PETA documentary Meet Your Meat, which left her feeling sickened about the treatment of animals in the dairy and meat industry. It was then that she vowed to never again eat animal products.

“Veganism is basically compassionate empathy for all sentient beings, not just humans,” Fishman says. “It means, to me, to cause the least possible harm to all living beings. If we don’t have to harm or kill animals, we shouldn’t.”

Fishman has the support of a husband and two children, all of whom have transitioned to eating vegan. “One at a time,” Fishman says. “It started with me.” And outside her family circle, she has a growing network of friends in the community who also have embraced a plant-powered diet with enthusiasm and dedication.

Fishman, 51, is the founder of the Syracuse Vegans Meetup Group on meetup.com. The group has more than 300 members. “That’s pretty good for just over a year,” Fishman says with a smile.

The Syracuse Vegans Meetup Group draws men and women of all ages and at all stages of their “vegan journey.” Some are newbies, others are longtime vegans with a wealth of experience and tips. Some come to veganism for environmental reasons, while others go vegan for moral and ethical reasons: They oppose the raising and slaughter of animals for food consumption and want to live a life that is free of animal cruelty. Some vegans take their dedication a step further by consuming mainly raw fruits, vegetables, nuts and seeds.

There are many flavors of vegan, Fishman says, and, despite mainstream misconceptions and preconceived notions, there is an abundance of things for vegans to eat. The internet and websites like Pinterest offer tons of resources and recipes, and a spin through the grocery store aisles and freezer department show prepared-food options have greatly improved. Still, vegan life can be isolating — and fellowship is important.

Enter the Syracuse Vegans Meetup Group. Fisherman started it on a lark and has been thrilled with the response. Several gatherings have been held at Strong Hearts Cafe, Syracuse’s first all-vegan restaurant. More than 20 people turned out earlier this month for a dinner at China Road in Mattydale, and another 20 or so gathered this week at J.T.’s Creamery and Cafe, in Liverpool, where the offerings feature vegan milkshakes, vegan “hot dogs,” vegan taco salad and more.

Upcoming meetups include a dinner on July 13 at CoreLife Eatery, 7265 Buckley Road, North Syracuse; a potluck picnic at Sullivan Park, Jill Street, Chittenango, on July 29; a vegan potluck and pool party on Aug. 6; and a road trip to Rochester VegFest on Sept. 16. Fishman is putting together a day trip to Farm Sanctuary, a shelter for hundreds of rescued farm animals near Watkins Glen, and a vegan cooking demonstration with the creators of “The Vegan Zombie” YouTube cooking series. 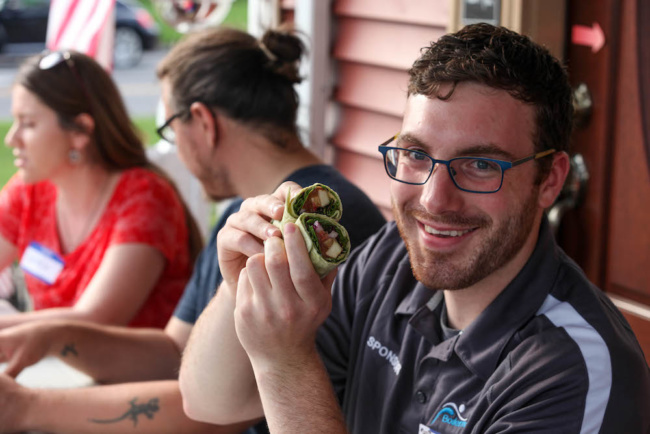 Beyond socializing, an important facet of the Syracuse Vegans Meetup Group is education and mentoring. If a new vegan needs food shopping assistance and recipe resources, for example, more experienced vegans offer guidance and expertise. Some people get involved strictly for animal advocacy, Fishman says, like taking part in protests when the circus comes to town. If you’re not a vegan but want to learn more about what it means to be a vegan, you’re invited to attend the meetups, too.

Fishman lived with frequent stomachaches and headaches for years, and says she feels fantastic since she stopped eating animal products. Her diet includes lots of vegetables, with “meaty” vegetables like mushrooms playing a big part. Instead of eggs for breakfast, she might make a tofu scramble for her family. If she craves something more meat-like, there are many meatless options available.

“There’s a substitute for everything now,” Fishman says. “The options have improved.”

For more information on the Syracuse Vegans Meetup Group, visit their Facebook group; membership must be approved. You can also email group leader Marybeth Fishman at [email protected].