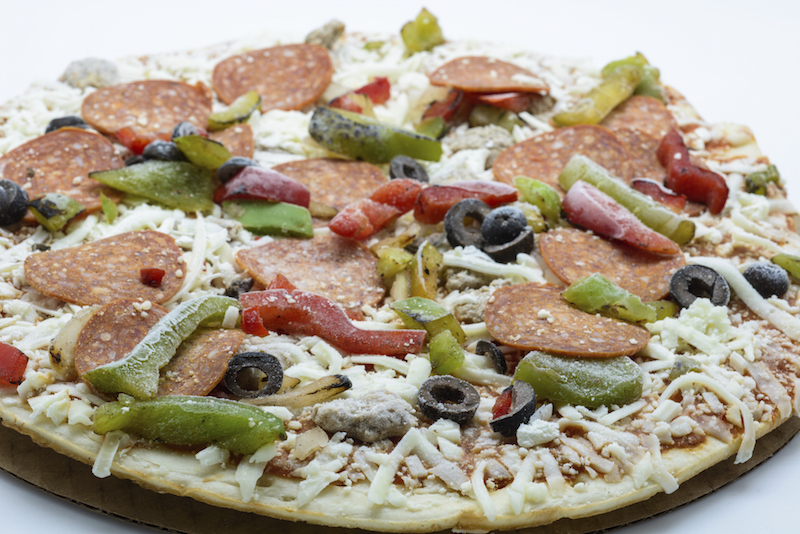 Photo provided by artapornp via Thinkstock

Police said they received their “strongest investigative lead” in the case of 80 frozen pizzas stolen from a warehouse in Gambell, Alaska, when John Koozaata, 29, and Lewis Oozeva, 21, called the police station and tried to sell the pizzas to on-duty officers. (Anchorage’s Alaska Dispatch)

Police who found a 43-year-old man covered with blood in Suffern, N.Y., said the victim said his son stabbed him several times in the head with a screwdriver during an argument. After putting out a description of suspect Jared Hudson, 23, officers received a call from police headquarters that a man fitting Hudson’s description had just been spotted running into the station to use the bathroom. He was promptly arrested. (New York’s The Journal News)

Dominique Sharpton, 28, is suing New York City for $5 million, insisting she was “severely injured, bruised and wounded” when she stumbled over uneven pavement on a downtown sidewalk. “I sprained my ankle real bad lol,” Sharpton posted on Instagram after last fall’s incident. She claims “permanent physical pain,” even though subsequent social-media postings show her wearing high heels and climbing a ladder to decorate a Christmas tree. Sharpton is the eldest child of Al Sharpton, whom critics accuse of using threats of protests and boycotts to shake down major corporations for cash donations to his causes. (The New York Post)

Shaynna Lauren Sims was arrested for illegal dissection at a funeral home in Tulsa, Okla., for cutting a deceased woman’s hair, smearing makeup on the woman’s face and using a box cutter to make “a large vertical cut starting from the hairline stretching to the tip of the nose,” according to the arrest report. Sims is dating the dead woman’s ex-boyfriend. (Tulsa World)

After Christopher Panayiotou, a suspect in the murder of his wife, delivered the eulogy at her funeral in Port Elizabeth, South Africa, local media reported that he plagiarized her eulogy by cutting and pasting from a 2010 online tribute by another man to his wife. (Associated Press)

Rock Around the Jocks
Jerry Berrigan: A Life in Activism
To Top