Your weekly dose of weird and funny news!

Curses, Foiled Again
Someone reported two men acting suspiciously in a parked car in Rexburg, Idaho, but before police could respond, the men, aware that they had been observed, assumed they had been discovered by undercover officers. They called 911 and admitted possessing 20 pounds of marijuana. Rexburg police, who said they had no idea the men were driving through town with drugs, arrived to find Leland Ryan Kaimipono Ayala-Doliente, 21, and Craig Seward, 22, standing outside their car with the pot. (Pocatello’s Idaho State Journal)

Buzz Kill
One byproduct of legalized marijuana is a rash of exploding houses, according to Colorado authorities, who reported 32 such blasts across the state last year. The incidents result from people using flammable liquids, mostly butane, to extract hash oil from marijuana. “They get enough vapors inside the building, and it goes off,” Grand Junction fire marshal Chuck Mathis said. No one has been killed, but the fires have injured dozens of people, including 17 who received skin grafts and surgery at the University of Colorado Hospital’s burn center. Arguing that such tragedies aren’t crimes because of the 2012 constitutional amendment that legalized marijuana use, including processing, attorney Robert Corry said using butane to make hash oil is “the equivalent of frying turkey for Thanksgiving,” where “someone spills the oil, and there’s an explosion.” (The New York Times) 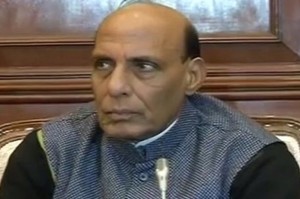 A.K. Verma, an assistant executive engineer at India’s Central Public Works Department (CPWD), went on leave in 1990 but declined to return to work. “He went on seeking extension of leave, which was not sanctioned, and defied directions to report to work,” a government statement said, noting that an inquiry found Verma guilty of “willful absence from duty” in 1992. He remained on unauthorized leave for another 22 years, however, before Urban Development Minister M. Venkaiah Naidu finally ordered his dismissal to “streamline the functioning of CPWD and to ensure accountability.” (Britain’s The Guardian)

Missing the Point
The Irish school Colaiste Eoin in Stillorgan canceled a workshop on homophobic bullying after its board of management decided “both sides of the argument should be represented.” (Britain’s Metro)

Them That Has, Gets
Although China owns at least $1.3 trillion of the U.S. debt, the U.S. government sent it $12.3 million in foreign aid last year and is handing it another $6.8 million this year. An official for the State Department’s USAID program said the money is earmarked to help Tibetan communities “preserve their threatened cultural traditions” and to help China “address environmental conservation and strengthen the rule of law.” (The Washington Times) 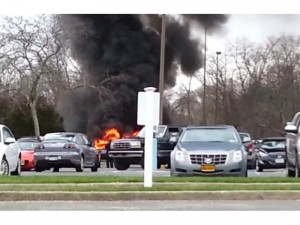 Scott Kemery, 44, told authorities investigating a car fire in Eastport, N.Y., that he believed his rental car was filled with bedbugs, so he doused the interior with rubbing alcohol. Confident it worked, he got back in the car and lit a cigarette, igniting the alcohol. He fled the vehicle but suffered first- and second-degree burns. The rental car was destroyed, and intense heat from the fire badly damaged two other cars. (Newsday)

Problem Solved
Officials in Lee County, Fla., proposed cutting down 40 palm trees along the narrow median of a Fort Myers boulevard, citing safety concerns. A vehicle could run off the road and hit a tree, resulting in damage, injury and a possible lawsuit against the county, according to some officials, including county commissioner Cecil Pendergrass. Some residents insist the trees add more safety than danger by defining curves in the road and preventing head-on collisions. Even if the trees are removed, the county has no plans to remove light poles that share the median with the trees. (Fort Myers’ WBBH-TV)