Curses, Foiled Again
While shooting scenes for a Fox television show in Chicago, a production crew was granted access to the Cook County Jail but had to undergo background checks because of the “extensive security measures that we impose on any visitor,” sheriff’s official Ben Breit said. The screening discovered that crewmember James Suhajda, 52, was wanted on a domestic battery warrant dating to 2003. Deputies took him into custody. (Chicago Tribune)

College of Electoral Knowledge
After losing to Rep. Frank Lucas (R-Okla.) two years ago, Democrat Tim Murray switched parties and ran against Lucas in this year’s Republican primary. He received only 5.2 percent of the votes to 82 percent for Lucas, but told election board officials that he is entitled to Lucas’ votes because “it is widely known Rep. Frank D. Lucas is no longer alive and has been displaced by a look-alike.” Murray’s website explained that Lucas was “executed by the world court” in Ukraine in January 2011. “I have never been to Ukraine,” said Lucas, who has represented Oklahoma’s 3rd District for the past 20 years, adding, “This is the first time I’ve ever been accused of being a body double or a robot.” (Oklahoma City’s KFOR-TV)

Vacation at Bernie’s
The European Court of Justice ruled that a German man’s widow was due payment for the man’s 140.5 days of accrued vacation because “the unintended occurrence of the worker’s death must not retroactively lead to a total loss of the entitlement to paid annual leave.” (Associated Press) 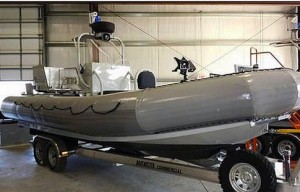 The federal government spent more than $3 million to buy eight patrol boats for the Afghan police that were never delivered, according to the U.S Special Inspector General for Afghanistan Reconstruction, because U.S. and NATO forces decided they didn’t need them. Four years later, the boats, which cost taxpayers $325,000 more each than similar boats sold in the United States, remain in storage at a Virginia naval base. (The Washington Post)

Success Breeds Failure
City buses in Saint John, New Brunswick, stopped offering free wireless Internet service to riders after it became so popular that the cost tripled. “There started to be a pattern of abuse develop, especially in the last six to eight months, where we had a lot of people streaming and downloading very extensive files, and the usage got very high,” Frank McCarey, general manager of the Saint John Transit Commission, said, explaining that Wi-Fi costs jumped from $1,000 to $3,000 a month. “You like to offer things, just as long as they’re not too expensive.” (CBC News) 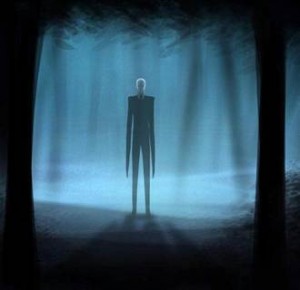 Authorities charged two 12-year-old girls with repeatedly stabbing their 12-year-old friend in Waukesha, Wis., to please a fictional character called Slender Man that they learned about on a horror-story website. According to the criminal complaint, one girl held the victim down while the other stabbed her in the torso, legs and arms 19 times, intending to kill her so they could become Slender Man’s “proxies.” (USA Today)

Contrarian of the Week
Bolivia reversed the clock on the front of the congressional building in La Paz so it runs counter-clockwise. Foreign Minister David Choquehuanca explained that the change was made to inspire Bolivians to treasure their heritage as people who “live in the south, not in the north,” and to show them they can question established norms. “Who says that the clock always has to turn one way?” Choquehuanca said, while reassuring those who “want to continue using a clock of the north, you can continue doing so.” (BBC News)

Fowl Fare
Beijing has a new museum devoted exclusively to roast duck. Located in a 10,700-square-foot facility adjacent to the city’s most famous roast duck restaurant, 150-year-old Quanjude, the museum boasts more than 500 items, including a golden duck sculpture out front and other sculptures inside showing the different steps in duck-making; a coupon from a duck sale dating back to 1901; and photographs of former Chinese leaders Mao Zedong and Zhou Enlai eating duck. (The Wall Street Journal)

Electrifying Testimony
Testifying against dairy farmers claiming that “stray” electrical currents from a Utah power plant are harming their cattle, expert witness Athanasios Meliopoulos stated that a person couldn’t feel a 1.5-volt current. Attorney Don Howarth, representing the farmers, then handed Meliopoulos a child’s gag pen, told him it contained a 1.5-volt AAA battery and challenged him to “push the back of the pen and tell the jury whether you feel it or not.” When he did, he “received a strong electric shock, which caused his body to jerk and to drop the pen,” according to Judge James Brady, because the pen also contained a transformer that boosted the battery to 750 volts. Brady fined Howarth $3,000 for conduct amounting to “battery of a witness.” (The Salt Lake Tribune) 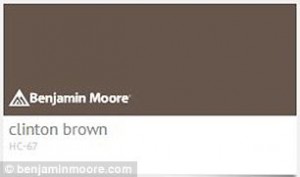 Clinton Tucker sued Benjamin Moore in Essex County, N.J., claiming that the paint maker fired him after his repeated complaints about their “despicable and racially insulting paint colors called ‘Clinton Brown’ and ‘Tucker Chocolate.’” Tucker’s attorney, Charles Schalk, insisted that the colors were named after his client, who identifies himself as an African-American homosexual male who worked at Benjamin Moore from June 2011 until this March. According to the company’s website, Tucker Chocolate was named for 18th-century Virginia judge St. George Tucker, whose house is one of the original Colonial homes in Historic Williamsburg. Benjamin Moore also said it sold cans of Clinton Brown, described as recalling a “perfectly balanced chocolate candy bar brown,” years before Tucker began working at the company. (Courthouse News Service)