Curses, Foiled Again
Investigators charged Ian Dishon Isabel, 29, with secretly recording girls using an elementary school restroom in Davenport, Iowa, after cameras found behind the toilets showed not only close-up images of children from the waist down, but also those of the man installing them. Isabel conducts an after-school program at Hayes Elementary. “Although the male’s face is not visible,” the police affidavit said, “his identification card can be seen hanging from a lanyard on his neck.” (Moline, Ill.’s WQAD-TV) 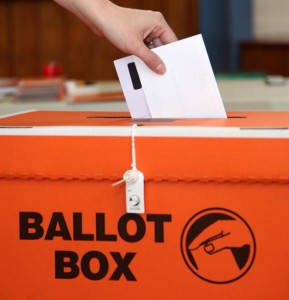 After unsuccessful campaigns for Congress and the Phoenix City Council, Scott Fister, 34, changed his name to Cesar Chavez and declared his candidacy for retiring U.S. Rep. Ed Pastor’s seat in Arizona’s largely Hispanic 7th Congressional District. “It’s almost as simple as saying Elvis Presley is running for president,” said Chavez, who not only changed his name to that of the late revered farm-labor leader, but also switched his party affiliation from Republican to Democrat. “People want a name that they can feel comfortable with. If you went out there running for office and your name was Bernie Madoff, you’d probably be screwed.” (Phoenix’s The Arizona Republic) 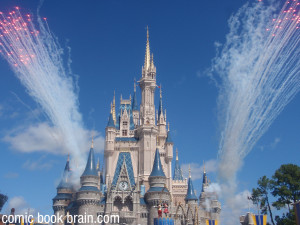 Families with autistic children are suing Walt Disney Co. because its theme parks stopped letting the kids bypass lines for rides. Disney parks used to offer autistic visitors a “guest assistance card” that let them and their families board rides without waiting. The company cited instances of visitors hiring disabled people to obtain the cards as the reason it switched to “disability access service” cards, which let autistic children schedule times for park attractions. The 16 plaintiffs who are suing Disney under the Americans with Disabilities Act insist scheduling times amounts to waiting, which autistic children have difficulty doing. (Reuters)

Family Feud
Two weeks before the death of radio deejay Casey Kasem, 82, the feud between his wife, Jean Kasem, 59, and his daughter, Kerri Kasem, escalated when Kerri arrived at his home in Silverdale, Calif., with an ambulance to take her father to the hospital. While paramedics waited to enter the home, Jean threw a pound of raw hamburger meat at Kerri. She explained that she was following a Bible verse: “In the name of King David, I threw a piece of raw meat into the street in exchange for my husband to the wild rabid dogs.” (NBC News)

Roll Out the Barrels
The Ignite Church in Joplin, Mo., encouraged attendance at its Father’s Day service by raffling off two AR-15 rifles. To attract males age 18 to 35– “the biggest black hole in our society,” pastor Heath Mooneyham said– Sunday services start later than many other churches and feature loud rock music. “We’re just dudes,” said Mooneyham, who sports tattoos and a short Mohawk, noting that churchgoers got excited about the firearms raffle “because that speaks our language.” (The Joplin Globe) 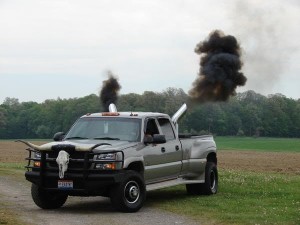 Conservatives are customizing their pickup trucks to spew black smoke into the air to protest environmentalists and Obama administration emissions regulations. The diesel trucks, called “coal rollers,” are modified with chimney exhaust stacks and equipment that can force extra fuel into the engine, causing black smoke to pour out. Popular targets of the choking exhaust are drivers of hybrids and Japanese-made cars. “The feeling around here is that everyone who drives a small car is a liberal,” a coal roller named Ryan told the online news website Vocativ, which reported that Facebook pages dedicated to rolling coal had 16,000 followers as of July 1. (Business Insider)

Second-Amendment Follies
State police said Chad Olm, 34, was showing his guns to his son and nephew, both 11, at his home in Pike County, Pa., when he showed them the laser sight aimed at the ceiling and the wall. Olm then pointed the laser at his nephew, who reached out for the gun just as Olm pulled the trigger, believing it to be unloaded. It wasn’t, and the bullet fatally shot the nephew in the head. (Stroudsburg’s The Pocono Record)

Role Model of the Week
State police who pulled over University of Alaska Fairbanks campus priest Father Sean P. Thomson, 52, said he confessed to driving drunk and told trooper Christopher Bitz that he had a .357-caliber handgun in the back of his pickup. He clammed up when Bitz also found a 9mm handgun in his back pocket and a small bag of marijuana in his jumper. (Fairbanks Daily News-Miner)

Flatware Follies
Someone broke into the tomb of President James A. Garfield and stole 13 commemorative spoons from a display case, leaving other memorabilia and cash in a donation box. Katharine Goss, president and chief executive of Cleveland’s Lake View Cemetery, which houses Garfield’s tomb, noted that the spoons were “flimsy little things” with practically no monetary value and “would be hard to sell in a historical auction because everyone would wonder where they came from.” (The Washington Post)

Setting the Bar
Best of Syracuse 2014 Winner Photos
To Top