Curses, Foiled Again
British police arrested five members of a Liverpool gang for breaking into a clothing store after hours after they attracted the attention of customers at a bar next door with loud banging while using a sledge hammer to smash the door. The suspects were apprehended after a high-speed chase. Attorneys for the defendants conceded the heist was “well-planned but badly executed.” (Liverpool Echo)

Yale University basketball player Brandon Sherrod left the team to join Yale’s a cappella glee club, the Whiffenpoofs. The group, formed in 1909, comprises 14 rising seniors who take a year off school to travel the world and perform. The 6-foot-6 Sherrod averaged 6.8 points and 4.3 rebounds with the Bulldogs, who finished this past season 19-14 and are expected to challenge Harvard for the Ivy League title next season. “This is supposed to be the year, and you want to play with your guys,” Sherrod said, “but the Whiffenpoofs is a once-in-a-lifetime opportunity.” (Associated Press)

Name Game
After unsuccessful campaigns for Congress and the Phoenix City Council, Scott Fister, 34, changed his name to Cesar Chavez and declared his candidacy for retiring U.S. Rep. Ed Pastor’s seat in Arizona’s largely Hispanic 7th Congressional District. “It’s almost as simple as saying Elvis Presley is running for president,” said Chavez, who not only changed his name to that of the late revered farm-labor leader, but also switched his party affiliation from Republican to Democrat. “People want a name that they can feel comfortable with. If you went out there running for office and your name was Bernie Madoff, you’d probably be screwed.” (Phoenix’s The Arizona Republic)

Get Off My Lawn!

Grumpiness officially begins for men around age 70, according to researchers who published their findings in the journal Psychology and Aging. Participants in the 15-year study reported feeling good about life until they reached 70, when their attitude soured for a variety of reasons, including declining health and cognitive functions and the loss of loved ones. The study’s lead author, Oregon State University gerontology professor Carolyn Aldwyn, noted grumpiness isn’t all bad, citing a study showing grumpy men in nursing homes “actually lived a little longer.” (NPR)

No-Sex Is Its Own Punishment
The four World Cup teams that banned their players from having sex during the tournament–Russia, Bosnia and Herzegovina, Chile and Mexico–all made early exits from the competition, according to the news outlet Quartz. Players on champion Germany’s team were allowed to have sex. Restrictions varied from team to team. Brazil allowed players to have sex but no “acrobatics,” for example, while Costa Rica said players could have sex but “not all night.” (The Moscow Times)

Litigation Nation
Families with autistic children are suing Walt Disney Co. because its theme parks stopped letting the kids bypass lines for rides. Disney parks used to offer autistic visitors a “guest assistance card” that let them and their families board rides without waiting. The company cited instances of visitors hiring disabled people to obtain the cards as the reason it switched to “disability access service” cards, which let autistic children schedule times for park attractions. The 16 plaintiffs who are suing Disney under the Americans with Disabilities Act insist scheduling times amounts to waiting, which autistic children have difficulty doing. (Reuters)

Much Better
Residents of Castrillo Matajudios, Spain, voted to change the name of their village, but only by 10 votes. The name translates as “Little Fort of Jew Killers.” In announcing the 29-19 vote, Mayor Lorenzo Rodriguez said the village would be renamed Castrillo Mota de Judios, or Little Hill Fort of Jews. One explanation for the original name is that Jewish converts to Catholicism living there in the 17th century wanted to avoid further persecution by making clear their position. (The New York Times) 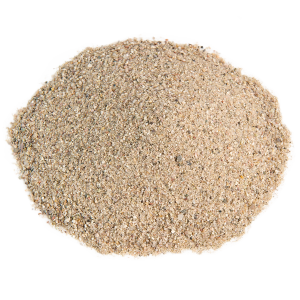 After covering the yard of her home in Kansas City, Mo., with 80 tons of sand, Georgianna Reid explained, “Now being over 60, I’ve decided that I’ve owned the house for 33 years and that I wasn’t going to mow anymore or water.” Neighbors complained, but city inspectors said they found no violations because the sand is being used for landscaping. (United Press International)

Family Feud
Two weeks before the death of radio deejay Casey Kasem, 82, the feud between his wife, Jean Kasem, 59, and his daughter, Kerri Kasem, escalated when Kerri arrived at his home in Silverdale, Calif., with an ambulance to take her father to the hospital. While paramedics waited to enter the home, Jean threw a pound of raw hamburger meat at Kerri. She explained that she was following a Bible verse: “In the name of King David, I threw a piece of raw meat into the street in exchange for my husband to the wild rabid dogs.” (NBC News)

Roll Out the Barrels 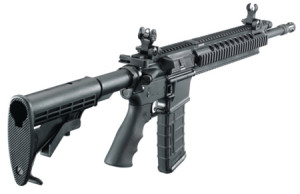 The Ignite Church in Joplin, Mo., encouraged attendance at its Father’s Day service by raffling off two AR-15 rifles. To attract males age 18 to 35– “the biggest black hole in our society,” pastor Heath Mooneyham said– Sunday services start later than many other churches and feature loud rock music. “We’re just dudes,” said Mooneyham, who sports tattoos and a short Mohawk, noting that churchgoers got excited about the firearms raffle “because that speaks our language.” (The Joplin Globe)

Blowing Smoke
Conservatives are customizing their pickup trucks to spew black smoke into the air to protest environmentalists and Obama administration emissions regulations. The diesel trucks, called “coal rollers,” are modified with chimney exhaust stacks and equipment that can force extra fuel into the engine, causing black smoke to pour out. Popular targets of the choking exhaust are drivers of hybrids and Japanese-made cars. “The feeling around here is that everyone who drives a small car is a liberal,” a coal roller named Ryan told the online news website Vocativ, which reported that Facebook pages dedicated to rolling coal had 16,000 followers as of July 1. (Business Insider)

Front of the Class
Interview: Pavel Baev
To Top