Curses, Foiled Again
Fugitive Jacob Moore, 25, tried to divert police attention from his home, where officers were preparing to execute a warrant, by calling in a bomb threat to an elementary school in Hayden, Idaho. Moore forgot to turn off his caller ID, however, allowing authorities to trace the call to his phone and confirm that he was at home. They arrested him and added making a false bomb threat to the original felony charge against him. (Spokane-Couer d’Alene’s KXLY-TV)

Candid Camera
Sheriff’s deputies who placed burglary suspects Daniel Gargiulo, 39, and Michael Rochefort, 38, in the back seat of a patrol car in West Boynton, Fla., confirmed their guilt when a camera pointed at them in plain view recorded their conversation about the stolen goods and concocting an alibi. (South Florida Sun Sentinel) 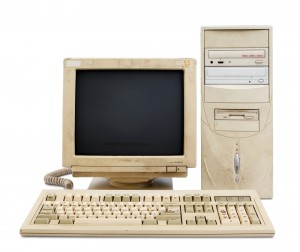 Cornelius Jefferson, 33, moved from Georgia to Kentucky to be with a woman he met online but wound up assaulting her, the Laurel County Sheriff’s Office reported, because he “didn’t think she was like she was on the Internet.” Deputy Gilbert Acciardo Jr. didn’t say how the woman failed to match her online persona, only that Jefferson choked her, threw food on her and then left with his suitcases. (Lexington Herald-Leader)

Clarification of the Week
After Gail McGovern, CEO of the American Red Cross, repeatedly declared that 91 cents of every $1 donated goes toward disaster relief efforts, the organization abruptly removed the claim from its website. “The language used has not been as clear as it could have been,” the Red Cross announced, “and we are clarifying the language.” The subsequent official clarification was that 91 cents of every $1 the Red Cross spends goes for disaster relief. (NPR) 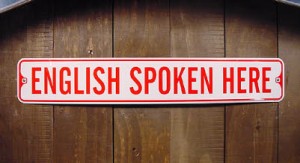 A witness in the London trial of African preacher Gilbert Deya testified for more than an hour before anyone realized the Sierra Leone native wasn’t speaking English. During the 38-year-old woman’s testimony, lawyers blamed the courtroom’s poor acoustics for their inability to understand her, and repeatedly told her to speak more slowly and stand back from the microphone. Finally, court clerk Christiana Kyemenu-Caiquo, also from Sierra Leone, informed Judge Nicholas Madge that the witness was speaking a native Creole dialect. Kyemenu-Caiquo was sworn in to translate the testimony, which consisted of “I can’t remember” to every question. (Daily Mail/London Evening Standard)

Drinking-Class Heroes
Police arrested Richard Curzon, 57, in Omaha, Neb., after observing him straddling the centerline while driving with four flat tires and a deployed airbag. An officer tried to stop Curzon, but he refused to pull over and led the officer on a brief, low-speed chase. Blood-alcohol level: .253. (Omaha World-Herald) 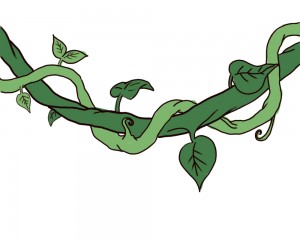 Vines are proliferating, thanks to rising levels of carbon dioxide in the atmosphere that allow them to hog more light and water than the slower-growing trees they twine around, according to Australian biologist William Laurance. Noting that up to half of all plant species in a typical rainforest are vines, he warned that vines are advancing not only in rainforests fragmented by agriculture and logging, but even in undisturbed forests. (Sierra)