Moments after robbing a tourist of her gold chain on a street in Miami Beach, Fla., the gunman returned to the scene in his Mercedes and confronted the victim about the poor quality of the jewelry, complaining it was fake. The victim flagged down police and pointed out Daniel Sion Palmer, 26. “That was a brazen move,” Det. Ernesto Rodriguez said, “and because of that, he was able to be apprehended.” (Miami’s WTVJ-TV)

A 29-year-old California man was diagnosed with a torn tendon in his thumb caused by playing “Candy Crush Saga” on his smartphone “all day for six to eight weeks” with his left hand, according to a study reported in the journal JAMA Internal Medicine. One of the authors, San Diego orthopedic surgeon Dr. Dori Cage, cautioned that the rise in the number of people with smartphones who spend lots of time texting or tapping on their cellphones or tablets has the potential to lead to a “texting thumb,” a repetitive stress injury that affects the thumb and wrist. She said that people experiencing pain from texting might instead use voice control, such as Siri on an iPhone, or “actually pick up the phone and call somebody” to communicate. (U-T San Diego)

High on the Dial 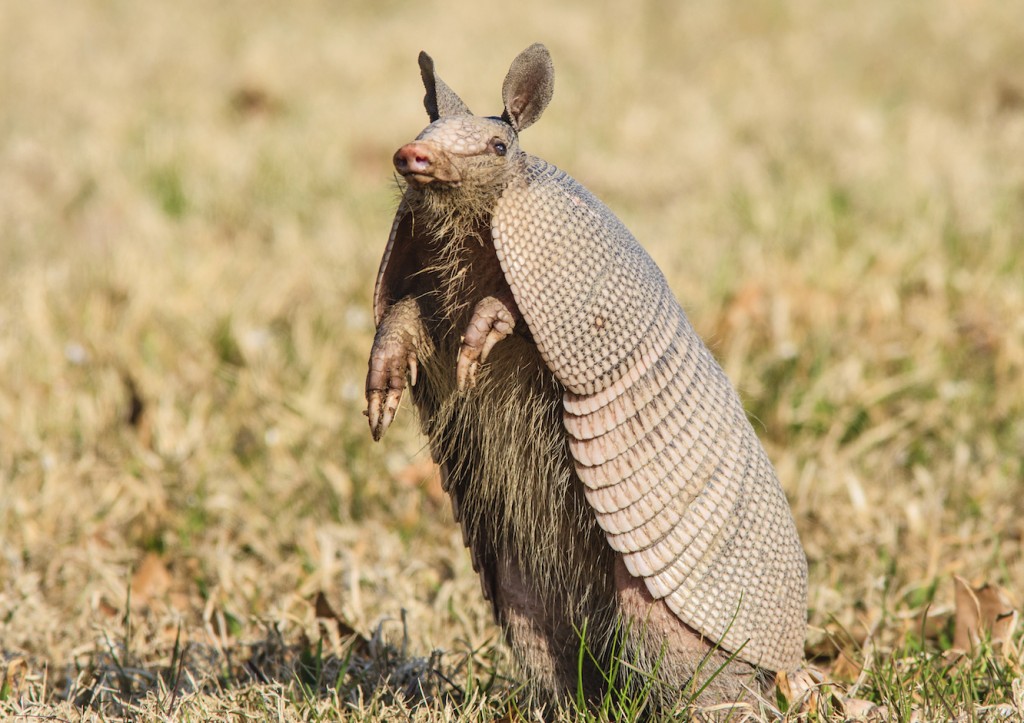 Larry McElroy, 54, fired his 9 mm pistol at an armadillo outside his home but wound up shooting his mother-in-law. Sheriff’s investigators in Lee County, Ga., determined the bullet ricocheted off the animal, hit a fence, went through the back door of his mother-in-law’s mobile home, through a recliner she was sitting in and into her back. The 74-year-old victim wasn’t seriously hurt. Authorities do recommend shooting armadillos as an effective way of getting rid of them but suggest using a shotgun, which, investigator Bill Smith said, has “a spread pattern with a lot less range.” (Albany’s WALB-TV)

All Hands on Deck 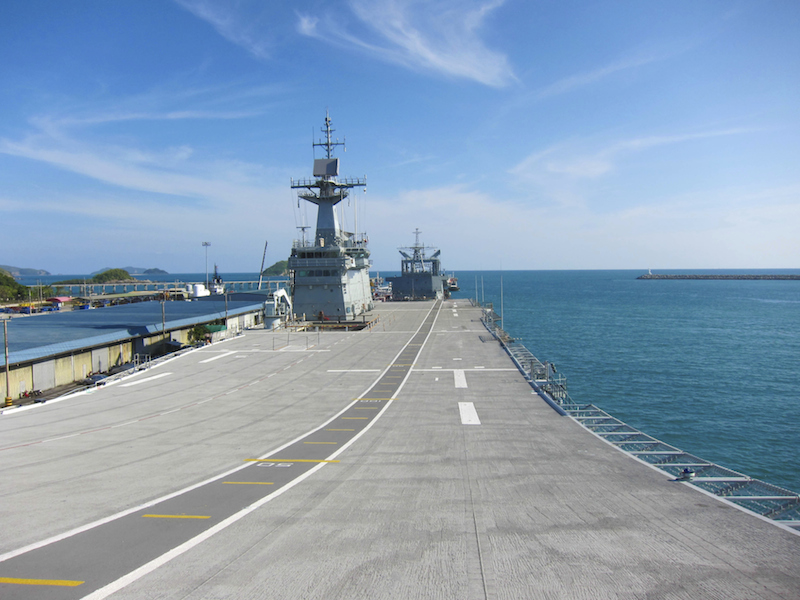 Photo provided by TOTO3138 via Thinkstock

Hoping to relieve traffic congestion in Washington’s Puget Sound area, state Rep. Jesse Young proposed using decommissioned Navy aircraft carriers to form a 3,700-foot-long bridge linking Bremerton and Port Orchard. “I know that people from around the world would come to drive across the deck of an aircraft carrier bridge, number one,” Young explained. “Number two, it’s the right thing to do from my standpoint because this is giving testimony and a legacy memorial to our greatest generation.” (Britain’s Daily Mail)

After Jesse Roepcke, 27, was arrested for aiming a laser pointer at motorists in Ormond Beach, Fla., officers conducting a strip search at the Volusia County jail said a bag of leafy green substance fell out of his rectum. They noted the contents smelled like marijuana. (United Press International)

Having failed to stop intruders from climbing the fence surrounding the White House, the Secret Service is adding a second layer of steel spikes to the existing iron picket fence tops. The spikes will measure 7.25 inches tall, with a half-inch steel pencil point at the top, protruding outward multiple inches, to create an acute angle. The measure is only temporary, according to National Parks Service official Jenny Anzelmo-Sarles, who said the goal is to have a completely new fence built by fall 2016. (CNN)

Fests and Furious
Honoring the Haudenosaunee Heritage
To Top