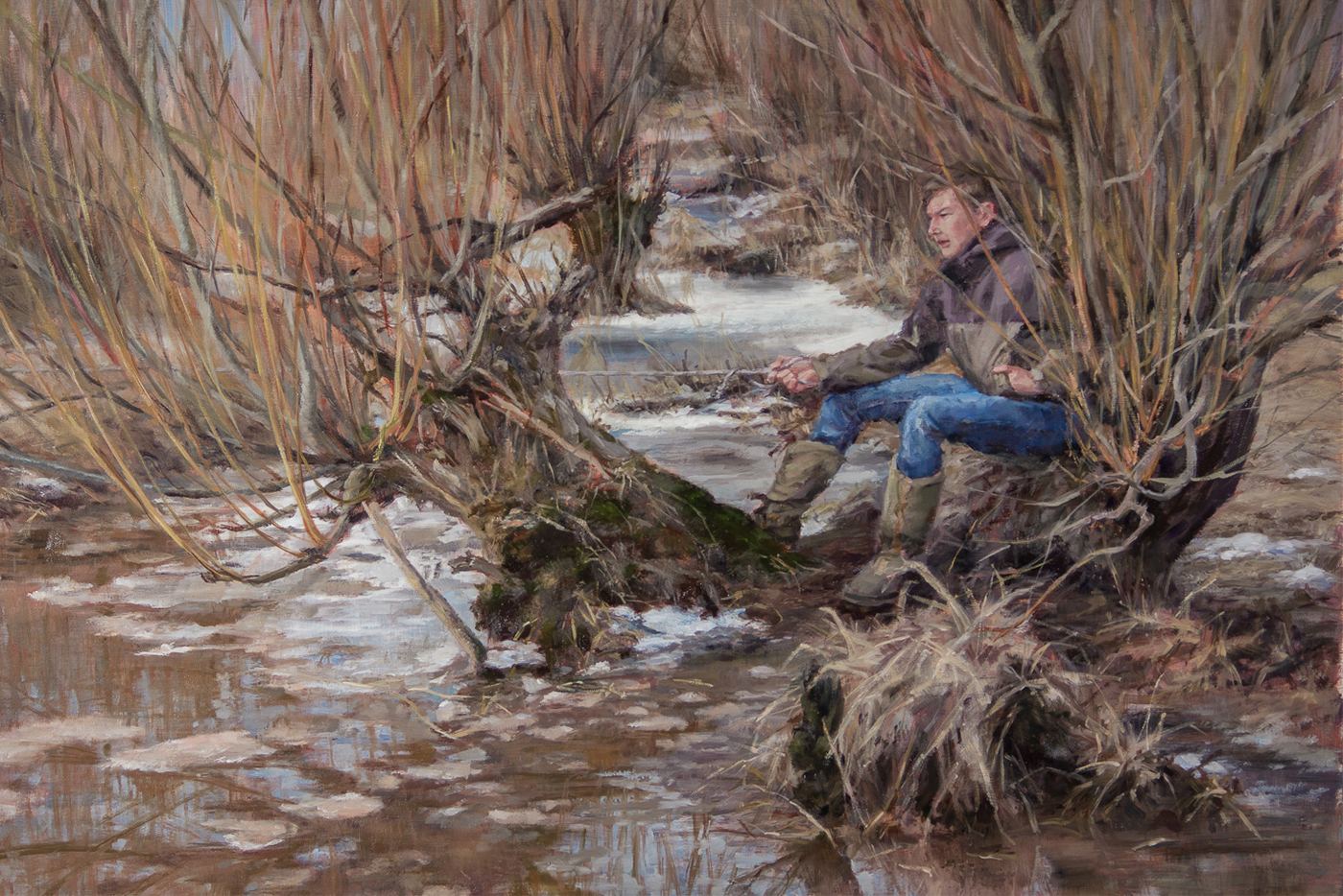 Made in New York 2016, at Auburn’s Schweinfurth Memorial Art Center, is both sweeping and focused. It’s a large exhibition displaying works by 65 artists. Most live in Central or Western New York but others come from Albany, Brooklyn and other locales in our state. 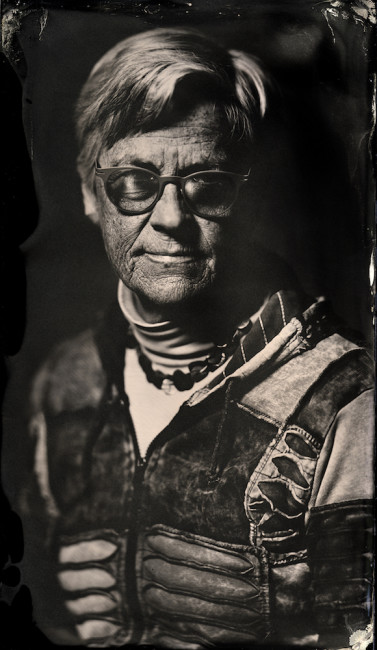 This annual show, like its predecessors, has points of emphasis; this time, it’s collage and mixed-media works. There’s also interest in differing approaches to narrative. And Made in New York is part of an ongoing celebration of Schweinfurth’s 35th anniversary.

The exhibit presents Jeanne Beck’s “The Relics,” with pulled paper fastened by wire to leafed, antique frames. Margery Pearl Gurnett, an artist who often combines glass with other elements, goes all out with “Mesmerized.” It mixes two types of glass, paint, paper, images of a snake, bird, clock and other subjects. Artist Nicora Gangi created “Pathways (pain’s pathway to grace-fillness),” done with paper collage on archival paper.

“Mother’s Painful Joy,” by Norma Bliss, is an ambitious mixed-media work consisting of 30 squares united by the figure that appears on each of them. However, each square is decorated individually.

In terms of narrative, Pennie Brantley’s oil “Pathway to Knowledge” is both warm and evasive. Here a stairway illuminated by afternoon sunlight coming through large windows ends before the top, suggesting a personal journey.

Gail Hoffman’s “History Lesson #2” demonstrates her capacity for working small and skillfully. In a classroom setting, a Venus de Milo figure instructs a menagerie of tiny animals, including a lion, elephant and giraffe. The chalkboard streams video presenting images of humans interacting with animals in inane ways.

Scott Hermann’s “Street Scene” rejects a figurative approach. The people on this street are faint and fleeting as the artist plays with a digital print, gesso paper, pencil, pen and acrylic. 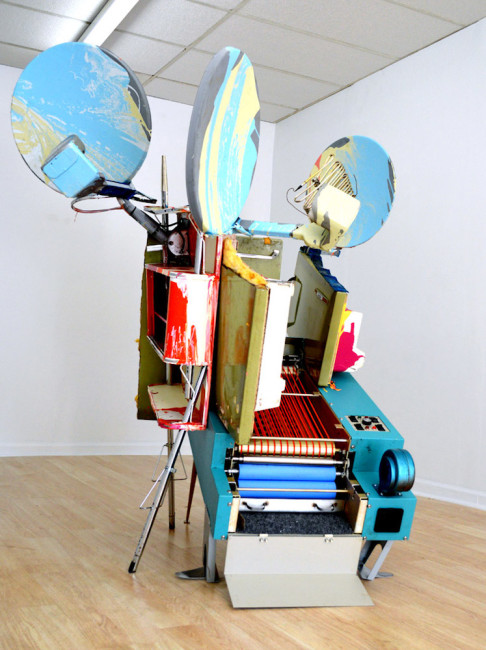 In past works, Kim Waale has explored environmental themes. In the Schweinfurth show, “Displace (Debris)” places a cigarette butt, rubber band, tiny sections of a branch and other items under a glass dome.

“All Seeing Eyes,” Jim Ridlon’s assemblage, mixes a poem, a rack, a bunch of tiny scissors, small pieces of brightly colored paper and objects that look like bulbs. This piece will challenge and puzzle viewers.

Made in New York also presents a diverse set of photos, surveying that medium in an indirect way. For example, Dewey Fladd’s “Repent,” with its straight-up view of a truck decorated with religious slogans, contrasts with Marna Bell’s “Luminous Journey 11,” which both depicts a landscape and reflects on landscape imagery.

Other interesting images include Bob Gates’ “River of Play,” part of a series looking at playground areas when people aren’t around, and Ryan Terhune’s “Baroda Noir,” with its portrayal of a train station in India. The latter photo concentrates not on the station or people waiting there but on the shadows right next to a train. In “Jummah Service, East London Mosque,” Robert Knight uses a long exposure, creating an illusion of worshipers in motion.

As in the past, Made in New York displays few sculptures. Look for Meg Beaudoin’s stoneware trio, “Three Seasons,” and Jack Elliot’s “Carnis,” which consists of scorched and unscorched wood.

The exhibition encompasses other noteworthy pieces: Maria Rizzo’s stark, incisive acrylic “Willow Tree”; Eric Shute’s “Equilibrium,” with its emphasis on form, lines and blue and red color; “Too Much and Too Little,” another fine charcoal-on-paper work by James Skvarch.

Made in New York 2016, selected by jurors Ann Clarke and John von MemorBergen, presents more than 70 artworks and has room for various media and styles. It’s an annual show that reflects choices made by a new set of jurors. And it’s an exhibition that provides fine exposure for artists from Syracuse, Rochester and throughout New York state.

Schweinfurth will also hold a 35th anniversary celebration on Friday, May 6, 5 to 8 p.m. That event is free and open to the public. For more information, call 255-1553.