Not long ago, Cathy McKie was standing in front of a classroom of sixth-graders at Wellwood Middle School. Today, she’s still teaching, but in front of a wall of mirrors and a ballet barre.

McKie, 56, is the owner of Pure Barre Syracuse, a studio that specializes in barre exercise based on a combination of ballet, yoga and pilates. McKie opened the studio, which is a franchise, in January.

The jump from middle-school teacher to exercise instructor isn’t as far as it might seem. McKie has always loved fitness – she’s been an avid runner for years and is certified to teach yoga – and she saw this as an opportunity to combine her love of teaching and exercise. 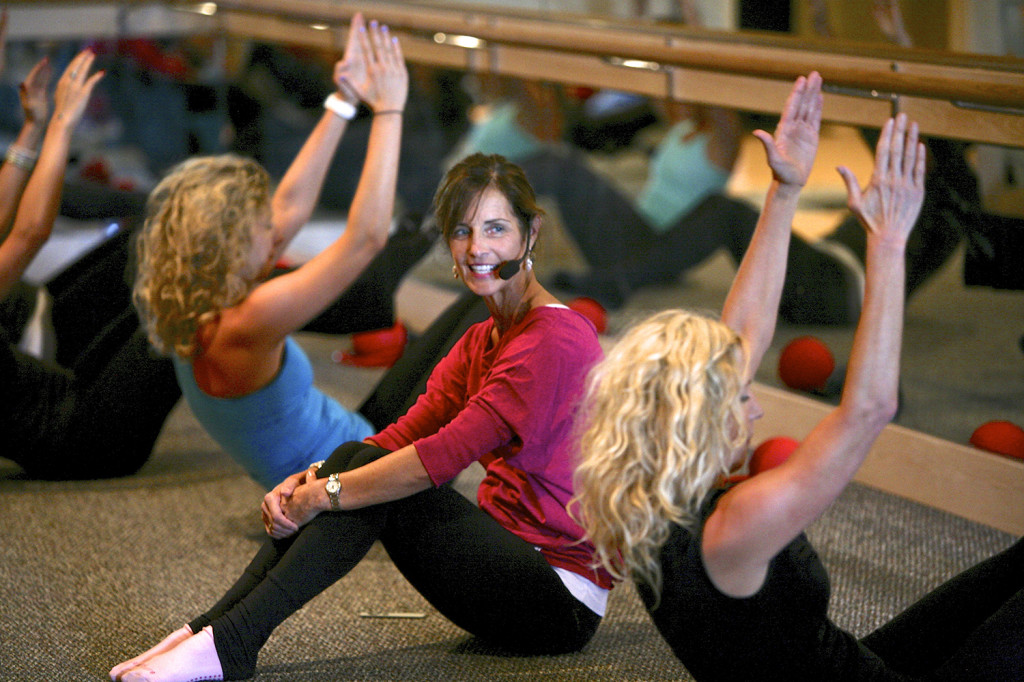 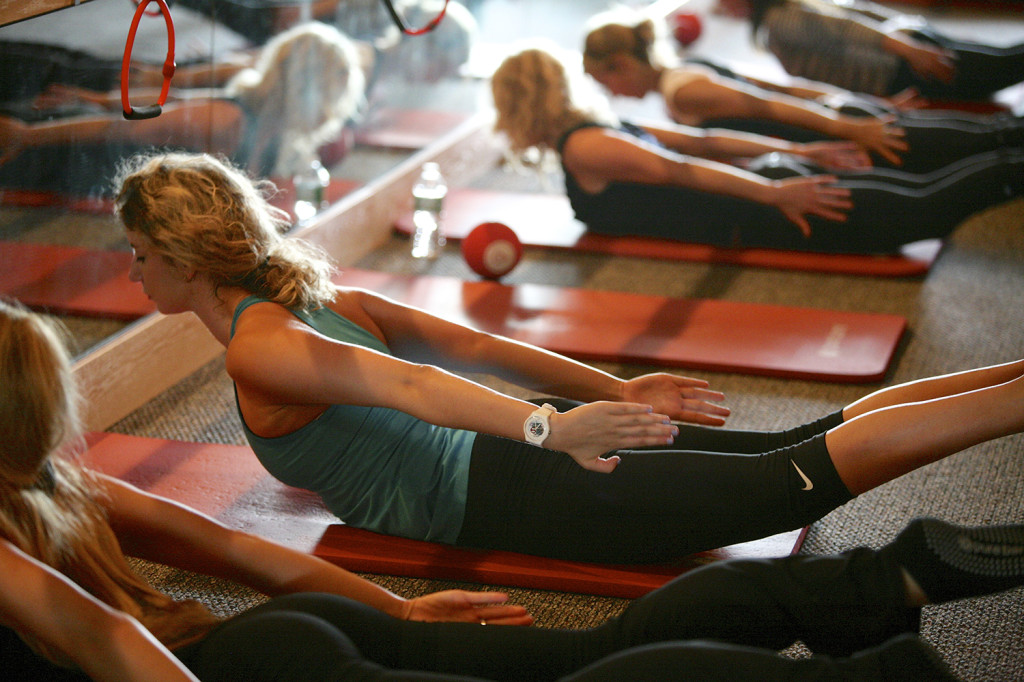 Years ago she had considered opening a Montessori school, but decided not to because it just didn’t feel right. With Pure Barre, it was different.

“You learn as you get older, you know where you feel it if things feel right,  and I feel it in my stomach. And this, I never had any concerns,” she said. “It just really felt like the right thing.”

Her daughter, Shayna McKie, 24, said she wasn’t that surprised when her mom decided to leave her teaching career to open her studio.

“I was really excited and proud of her because I know growing up the one thing that always was my mom was fitness,” she said. “That was one thing she was always into.”

Shayna, who owns a Pure Barre studio in Buffalo, recalled waking up in the mornings as a kid and looking for her mom’s note. McKie would leave notes for her kids that read: “good morning” and were accompanied by an explanation of where she was: often off on a 10-mile run, Shayna said.

Ballet-based barre classes are the newest exercise trend (move over yoga and zumba), with multiple national chains like Pure Barre, barre3 and the bar method. Many gyms and dance studios have also begun to offer classes using this technique.

Though it’s recently become popular, the barre method was developed years ago by European dancer Lotte Berk, who devised the method to help her recover from an injury.

At Pure Barre, the 55-minute classes are centered on isometric – or small – muscle movements. The goal is to work each muscle group to exhaustion and then immediately stretch them to achieve that ideal dancer’s build. The movements are all low-impact, so even though the workouts are killer, it doesn’t wreak havoc on your body the way other forms of exercise — like running — might.

Though it has its basis in dance and several of the instructors at McKie’s studio have a background in dance (she has a background in yoga and cheerleading), the classes are for everyone, she insists.

“What we say is if you can hold onto a ballet barre, you can do Pure Barre,” she said.

She’s seen transformations in the bodies of women and — occasionally —men. She’s seen clients unable to stick to a fitness program get addicted to Pure Barre. She’s seen former athletes recover from injuries. 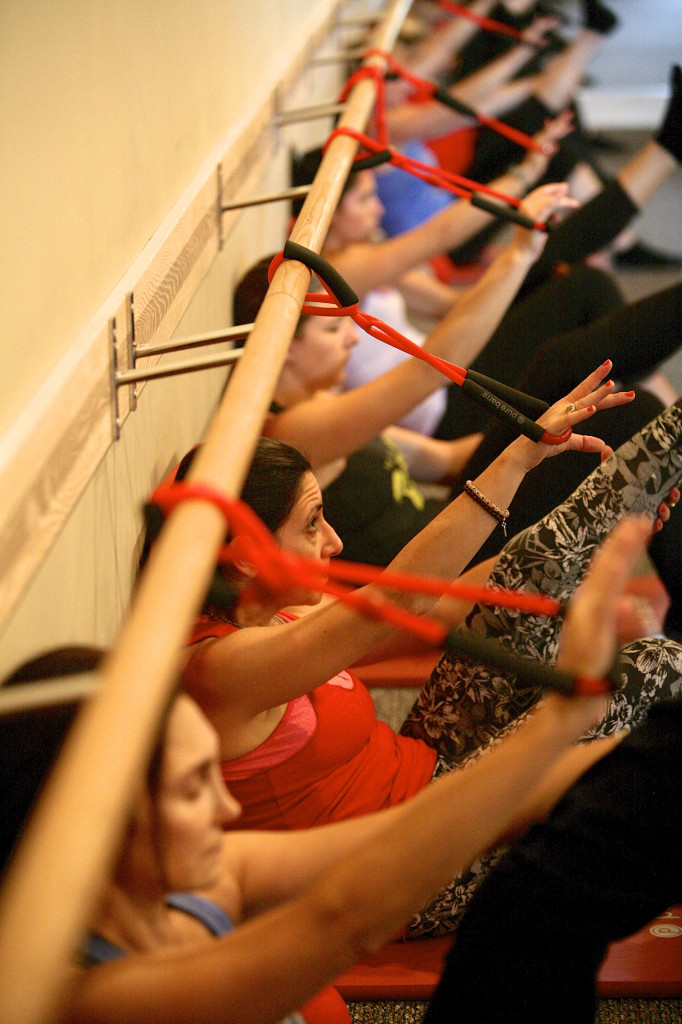 Several of the instructors at McKie’s studio have a background in dance.
Michael Davis Photo | Syracuse New Times 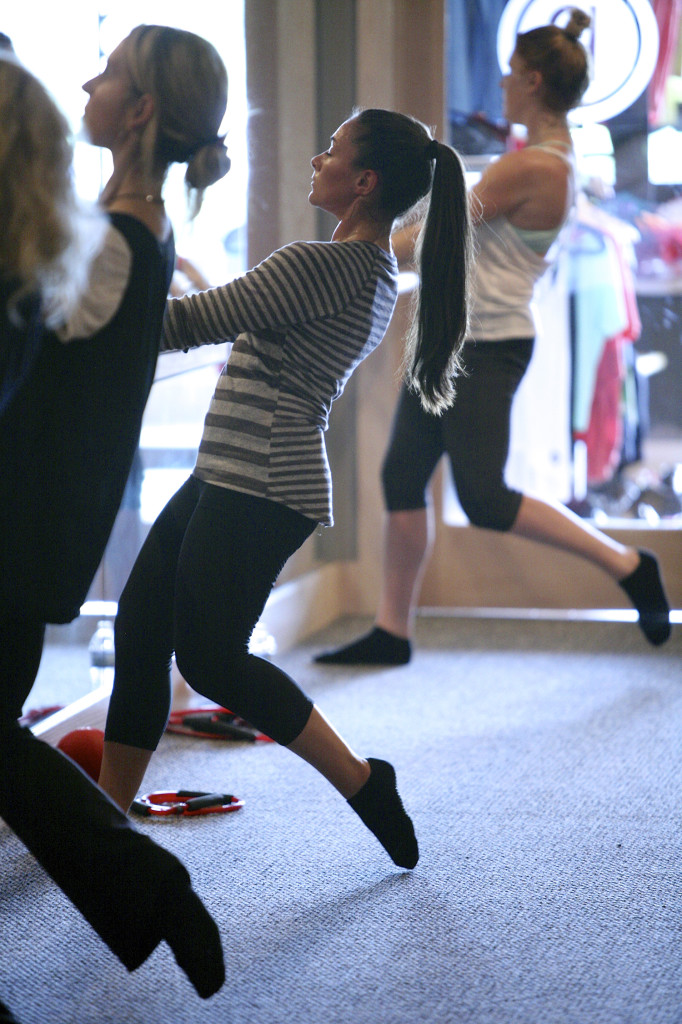 While the mentality of Pure Barre is light and fun, the class is intense.
Michael Davis Photo | Syracuse New Times

One of the regulars at the studio talked to her orthopedic surgeon about her experience at Pure Barre. The surgeon then came in to talk with McKie and now refers some of his patients to the studio.

McKie said another regular who is a physical therapist has praised the style of exercise for its safety, given the low-impact nature of the movements. She’s training to become a Pure Barre instructor.

The Pure Barre mentality is much more fun and lighthearted than you’d find in a traditional ballet class. No pointe shoes or hair neatly pinned in a bun here.

Dance music pulses throughout the classes as participants are instructed to tuck and lift and flex. The instructors shout out praise as the class goes on, calling clients by name, calling their moves “beautiful” and “awesome.”

That mentality is on display in the shop at the front entrance of the studio, too. There are tank tops for sale with motivational phrases like “You’re stronger than you think” and “Embrace the shake.”

McKie said Pure Barre has changed her body in ways that running never did. And though she usually takes class about six days a week, her body never gets bored, as the classes are ever changing.

While the mentality of Pure Barre is light and fun, the class is intense. You’ll feel your muscles shaking and the sweat dripping down your brow. Sure, there are cute tank tops and accessories and thumping dance music, but this class isn’t for sissies.

“As you do it more, it actually gets harder; it doesn’t get easier,” McKie said.