Munjed’s has been a constant on Westcott Street for years.

Since 1989, when it was established by owner Sammer Essi’s uncle Munjed, Munjed’s has been offering Middle Eastern cuisine while also serving the Greek classics their customers have come to expect. Along with his wife, Debbie, this family has been a constant on Wescott Street for years. One year ago it moved across the street to its current and larger location, where I visited on a weekday night.

If you want a light meal, or a snack before heading to an event, or just because, go for the mazza platter, a beautiful arrangement of four of the following offerings: hummus, baba ganoush, tzatziki, feta with olives, falafel, dolmades, garden salad, tabouli salad or Greek salad. This was plenty for two and basically covers all of the sides you might get if you ordered a dinner platter. The tzatziki is fresh, the pita is too, and the feta they are serving had a great bite to it. They also fried up some pita strips on the side that provide extra crunch. Just a fun way to sit and sip and enjoy all of those sharp, crisp and smooth flavors that epitomize this part of the world. The dolmades, a personal favorite, were slimmer with less vinegar and fresher than you might have come to expect after having them at other places. 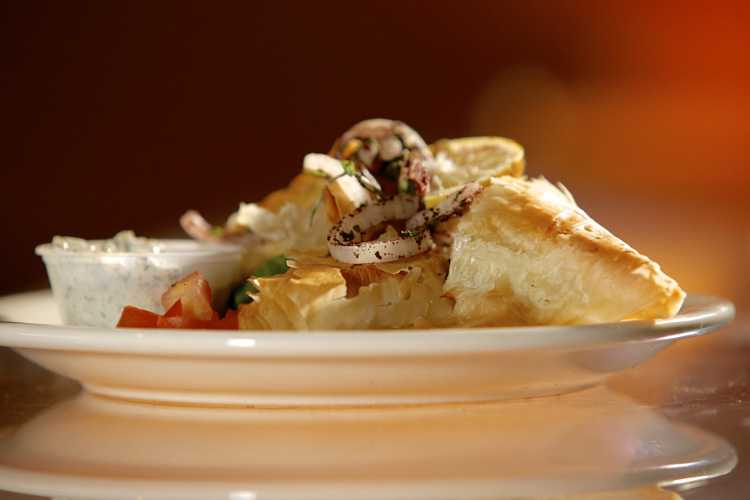 The tzatziki is fresh, the pita is too, and the feta they are serving had a great bite to it.
Michael David photo | Syracuse New Times

What a fun thing to do, to roll into a neighborhood where your fellow Syracusans are pouring their heart and soul into serving their family’s recipes night after night. In Syracuse, we are blessed with some wonderful neighborhoods with local folks trying to make a living; should we not be supporting them? Sammer’s mom and aunts do 90 percent of the prep-cooking prior to the dinner service. His cousin was tending the bar and his daughter manned the cash register. Wescott Street is this lovely little enclave, with members of the Wescott Nation arriving for trivia night as we were walking out. There is also salsa dancing on Friday nights and Just Joe the piano man playing at other times. 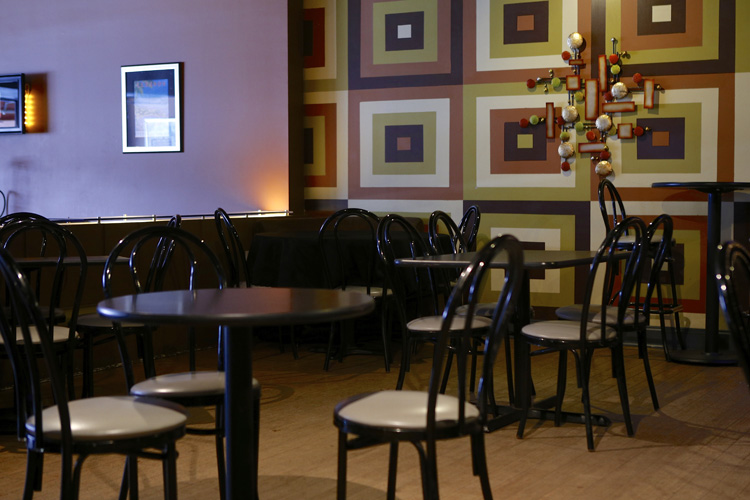 But I digress. I chose the Greek Fest combo, with a wedge of spanakopita, gyro meat and tzatziki and a Greek salad. The gyro meat, a lamb/beef combination as is traditional, was crispy on the outside yet melted in my mouth. I mean really melted. Compared to my pilgrimage to the State Fair for a Gyro, this meat blew the doors off anything I had had before. We also tried the chicken shawarma which was highly seasoned and served with salad and hummus.

For dessert we tried what they are calling their “soon to be famous” baklava cheesecake – a vanilla based cheesecake, round covered with walnuts, sugar, cinnamon and rose syrup. If you like cinnamon paired with creamy cheesecake, this is the dessert for you.

Favorite: the mazza platter, because it offers such a variety of options and was fun to share.

Free Will Astrology
Gluten-Free Alternatives for the Holidays
To Top