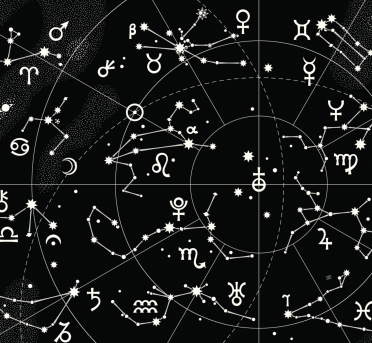 I’ve had a lifelong infatuation with the moon.

Well, it sure has been a month of cosmic proportions hasn’t it?

April 2014 included a lunar eclipse the night of the full moon on April 15th, coincidentally, tax day, yikes. And now we are about to encounter an annular solar eclipse on the night of the new moon, April 29th. Not to be out done by the Moon, four planets; Uranus, Pluto, Jupiter, and Mars, are forming a Cardinal Grand Cross/Square in the sky with the earth smack dab in the middle! Some people believe a brouhaha between Pluto and Jupiter and Uranus and Mars, happening between April 21st and the 27th, means the end of times!

According to Hillory Skott, Astrology writer for examiner.com, “April 21-27, 2014 holds the infamous Grand Cardinal Square. This change enforcing energy is occurring between the Eclipses, a portal to uncharted territory. In times of intense planetary change it’s wise to stay in the moment.” These are wise words to live by and another good reason to practice mindfulness.

Ms. Skott further states, “Pluto is opposing Jupiter, insuring a seriousness that needs to be acknowledged. Truth rises to expose sinister secrets. And Mars opposite Uranus isn’t gentle energy. Mars is shining light on relationships, how they fit, do they work. And Uranus is enjoying the fiery free nature of Aries. You might feel overwhelmingly trapped if your life is out of alignment. Something is going to give.” Thanks for the warning! I’m watching for the portal by keeping my eye on the phases of this month’s moon. 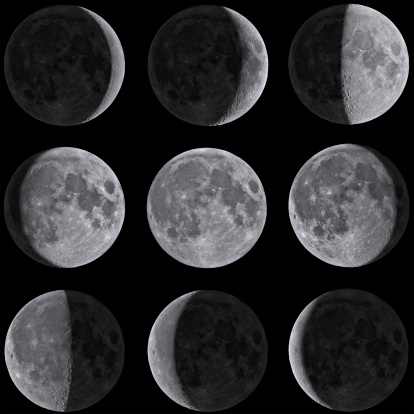 I’ve had a lifelong infatuation with the moon. I love that she belongs to every living creature on land and sea as well as me. We have an intimacy between us. I find comfort knowing that she shines on my loved ones near and far. I love that I can look up and find her there, a constant presence in these transient times. I’ve gazed upon the moon in all her many forms; full, half, crescent and darkly new from all the over the world. I’ve spoken to her in hushed tones sharing my secrets and asking for her wisdom. I’ve shaken my fists at her in fits of confusion masked as rage pleading for her mercy. As a woman, I have flowed from her rhythmic energy, waxing and waning, rising and falling; like the tide. We have history together. Not always a pleasant one.

Why do I still have a need for the moon to be on my side? She’s been pretty stern with me over the years. She refuses to explain herself, just gazes at me with that moon pie face. The original Mona Lisa smile adorning her attitude toward me, one of quiet standoff-ish-ness. A stoic matriarch of the night sky! My home has a southern exposure. On the night of a full moon she shines bright into my bedroom window her presence hovering; her light poking me awake. She wants to communicate or be seen I never know which. 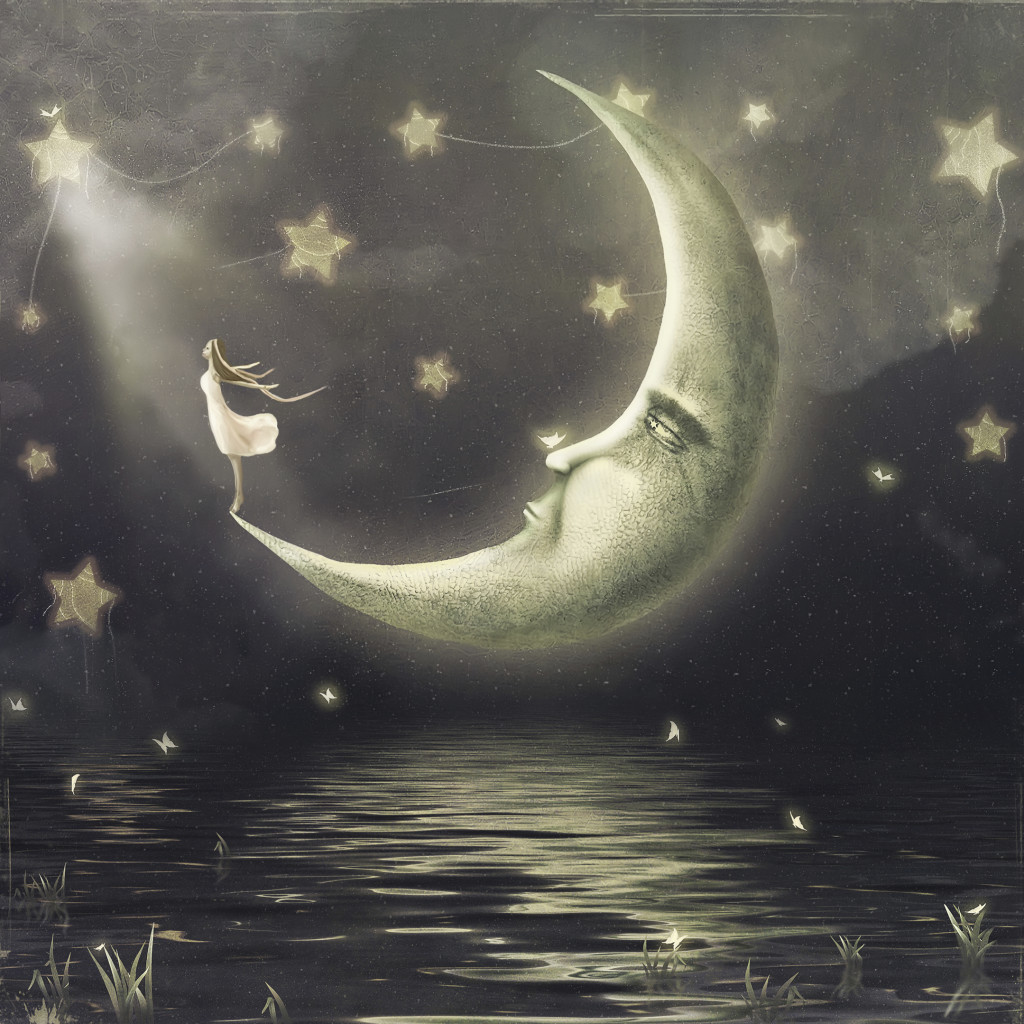 On the night of this past Lunar Eclipse, I set my clock for 2 am on the east coast so that I could see her dressed in red, the effect of the Earth being between the Sun and the Moon causing its shadow to fall on her renaming her for a night, Blood Moon. Alas, the eastern sky was heavy in cloud cover preventing me from seeing her in crimson glory. I was disappointed. Why?

Maybe it’s this lunarcy, I may have made up a new word, lunarcy, maybe this lunarcy we are living through right now, with its focus on truth and relationships contributed to an epiphany I had regarding my ebb and flow love hate relationship with the moon.

I realized that the moon reminds me of my Eastern European grandmother. The face is the same. Round and lined from the light of the sun. The same personality traits, quiet yet ever watchful, hovering just above me while I sleep. Both maternal and nocturnal, each roaming around in my dreams sending me lessons to sink my teeth into.

My truth, I confess to you and only you; I love to live this juicy journey full of lessons and experiences. So did my maternal grandmother, who left her family in Poland early last century for the uncharted territory of United States, with a young son, pregnant with the next son, never to return to her homeland. EVER. Physically I have not ventured far from my birthplace, still making my home close to where I was born. Yet, I have created a life out of this world, the world that was expected of me that is. I’m grateful to the presence of my grandmother’s adventurous DNA which has sustained me on this uncharted juicy journey I’ve been on.

We’re at a crossroads on this spinning planet, affected by the energy of the cosmos. If something’s gotta give why not the negative energy that keeps us estranged from Mother Earth and our fellow Earthlings, let that change. Energy can have a negative or positive effect either way this is a time of transition. The possibilities for a shift of consciousness hence, transformation is upon us. I’m planning on staying in the moment and reaching for the guidance of Grandmother Moon to help me through this juicy uncharted territory. How about you? 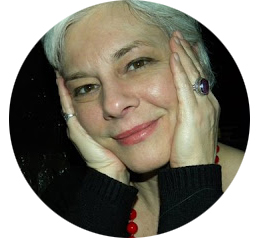 Roseanne Olszewski is a writer, thinker and all around spiritual disciple who believes in the power of owning your presence in the world. We are all here for a reason, what is yours?  The owner of a Metamorphosis, Become Who You Are Meant To Be!, Roseanne works as an educator, consultant and counselor, focusing on personal development. She holds a M.A. in Transformative Leadership Development from the California Institute of Integral Studies.