Writers J. Mills Goodloe and Salvador Paskowitz dug deep to come up with a plausible explanation for that smooth skin through the decades for their main character in The Age of Adaline. And as the narrator explained all of the science that struck to the heart of the matter early in the 20th century as an accepted formula that would not be discovered until two decades from now, I nodded my head in admiration during the Friday matinee amid a few dozen fellow belief-suspenders.

So Adaline Bowman would age nevermore, we were told. And for the next 1 hour, 50 minutes in this drama directed by Lee Toland Krieger, we were shown all of the problems that could cause a woman as the decades rolled by in San Francisco.

I learned not to confuse fantastical with fantastic. 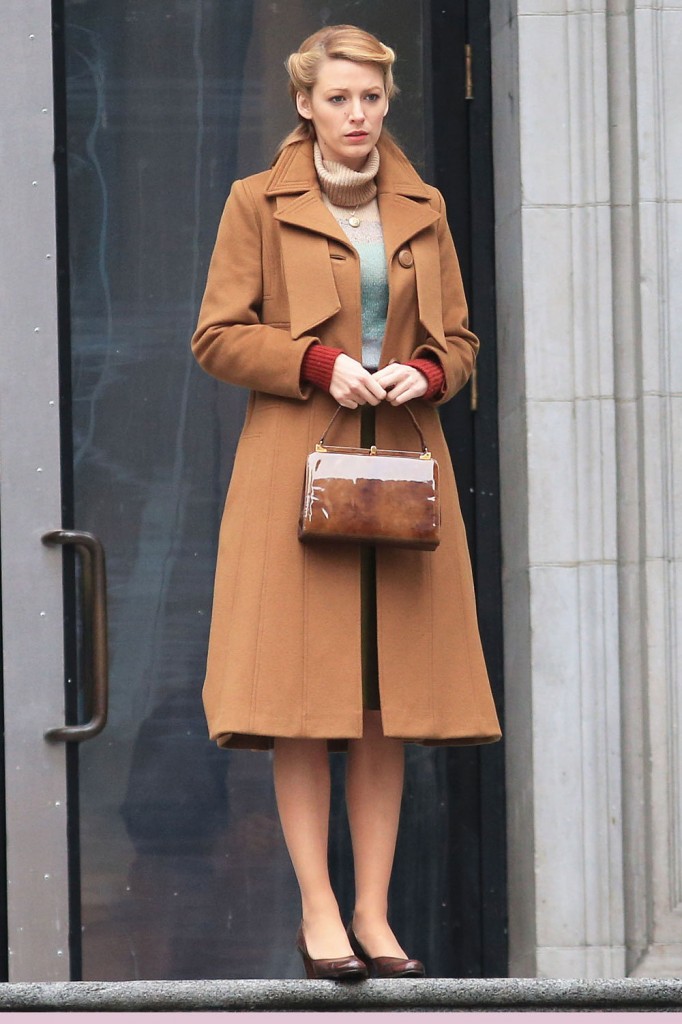 Blake Lively in ‘The Age of Adaline’

Yes, I appreciated that initial hook for that outlandish premise of mystery and mystical. I acknowledged the fine nuanced acting by Blake Lively as stuck-at-twentysomething Adeline and the cool of Michiel Huisman as rich and classy suitor Ellis Jones and the elegance of Ellyn Burstyn as a daughter who looks like a grandmother to her mother and the passion of Harrison Ford as Ellis’ father who can’t believe his eyes but does when he meets Adeline and the sadness of Kathy Baker as his wife who discovers she’s been a second choice their 40 years of marriage.

And yet for too much of the movie, the sand seems to be trickling through the hourglass.

Adaline might not have been getting any older as she works at the public library and prepares to change her identity again, as she must every decade to avoid suspicion that she’s … well, that she’s the way she is, but I felt like I was losing years of my life waiting for something, anything, of note to happen.

Even the romance between Ellis and Adaline builds at a languid pace. She’s so used to running …

Meanwhile, the whole thing looks as if it was shot through some sort of color filter, San Francisco looking somehow looking somewhat muted in visual vibrancy.

Things do speed up a notch or two when the daughter has a talk with mother and Ellis and Adaline take a drive over the bridge to meet his parents. And then it seems like a movie full of explanation and action are crammed into the finale in the name of fulfillment. Even then, as well as they all play it out up there on the screen, it’s all so very predictable. No surprises, I guess, if you live long enough.