The original Odd Couple sitcom debuted on ABC in 1970.

If all goes well, Matthew Perry might finally make his triumphant return to TV comedy this week. With a team of veteran and new comic stars in front of and behind the camera, The Odd Couple, which premieres Thursday on CBS, could be the start of a great reboot we didn’t even know we wanted. But without the kind of great comedy writing that marked the original, the stitching between the series’ excellent parts could completely fall apart. 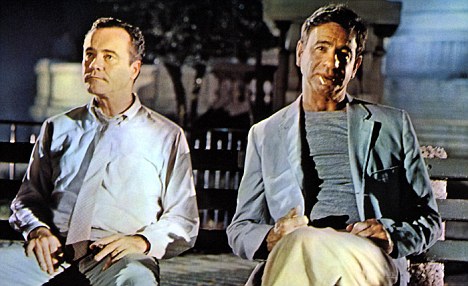 The original Odd Couple sitcom debuted on ABC in 1970. It was based on the 1968 movie starring Jack Lemmon and Walter Matthau, which was based on the stage play by Neil Simon. Simon himself had a background in television writing; he had begun his career in the early 1950s as a comedy writer for Sid Caesar’s Your Show of Shows, a predecessor to Saturday Night Live and the birthplace of the modern sitcom.

According to some accounts, the idea for The Odd Couple play came from Simon’s brother, Danny (also a writer for Your Show of Shows), who was living with another single man following a divorce. Others say that the inspirational divorcee was writer Mel Brooks of Spaceballs—and, yes, Your Show of Shows—fame. Regardless, the result was a play about two divorced men at opposite ends of the cleanliness spectrum, living together in Manhattan.

The 1970s Odd Couple starred Tony Randall as the neat freak photographer Felix Unger and Jack Klugman as the slovenly sportswriter Oscar Madison. The series was adapted for television by Garry Marshall, who went on to create Happy Days, Laverne & Shirley, and Mork & Mindy. Series regulars included Penny Marshall (Garry’s sister, Laverne of Laverne & Shirley) as Oscar’s secretary Myrna and Al Molinaro (Happy Days‘ Al Delvecchio) as Officer Murray Greshler, a friend and poker buddy of Oscar’s. Felix and Oscar got into all manner of trouble—most often at the mischievous Oscar’s behest, and to the fastidious Felix’s chagrin—from going on a date with the Pigeon sisters who live upstairs, to winning a car from Dick Clark’s radio show.

The new series stars Matthew Perry as Oscar. Perry hasn’t found much success since F.R.I.E.N.D.S—even with that lovely, salty head of hair he sports these days. His attempts at a film career flopped along with 2009’s 17 Again. On TV, Mr. Sunshine was a lot of fun, but maybe too niche, and Go On was critically acclaimed but couldn’t find an audience. Both were cancelled after one season. Perhaps, with the help of Garry Marshall as an executive consultant and a brilliant comic foil in Thomas Lennon (who can forget Reno 911!‘s Lt. Jim Dangle?), this is Perry’s chance.

Certainly, there will be deviations from the original series—starting with the opening theme. The 1970 series began with a expository opening that told the story of how the two men came to live together, underscored by the show’s catchy theme. The narrator asked, “Can two divorced men share an apartment without driving each other crazy?”

The new series’ promo features a similarly expository theme, but the origin story matters less than the current conflict. Rapped in the style of Naughty by Nature, it goes like this:

“His name is Felix and at cleaning he’s a monster, yo
Give him a dust rag and a squeegee and he’s good to go
His roommate Oscar doesn’t know what neat and tidy means
But now his crib been takin’ over by the King of Cleans
You down with O-D-D?“ 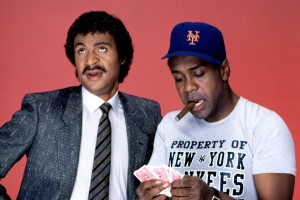 But seriously, a 2015 sitcom will naturally be different from a 1970 sitcom, and bridging that gap will be a difficult task. The series was rebooted once before in the early 1980s, recast with African-American leads Ron Glass and Demond Wilson. It lasted less than a season. Dating, relationships, and the gender are viewed differently today than they were 45 years ago. Network rules were much stricter when Marshall debuted his sitcom. For example, depictions of either character as potentially gay or even as emotionally or physically close friends were a no-no.

“The network was so afraid that the audience would think there was two gay characters,” Marshall told the Salt Lake Tribune. “I used to shoot little moments where (series stars Jack Klugman and Tony Randall) hugged and kissed and sent it to the network just to make them crazy.”

No doubt, gay jokes will make their way into the reboot, along with more frank depictions of dating and sex. Hopefully, the show’s male-centered premise won’t lead to too much eye-rolling, fist-bumping, “pfft—WOMEN. Am I right?”

Murray the Cop is reimagined as Teddy the Cop, played by the wonderful Wendell Pierce (The Wire). Oscar’s assistant Myrna is renamed Dani and played by the fabulous Yvette Nicole Brown (Community). The series will air Thursday nights between two of the best of CBS’s current comedy fare, The Big Bang Theory and Mom. Although even the best cooks can sometimes get it all horribly wrong, this sounds like a recipe for success.

The series’ success will depend on the writers ability to craft great jokes, like Marshall and Simon did, but with a 21st century sensibility. The original relied on slapstick and outlandish situational humor, constantly poking at the differences between its two leads. But as comedy in particular and television in general have evolved, so have audiences. We want more sophistication—topical, but not obtuse; slapstick, but not too unrealistic. Since the 1970 Odd Couple premiered, we have seen the likes of The Cosby Show and Cheers. Then Roseanne and Seinfeld. Then Frasier, Will & Grace, Scrubs, It’s Always Sunny in Philadelphia, Community and Modern Family. It is a different landscape. Merely relying on the old trope of messy guy versus clean guy won’t cut it. They’ll have to do better, and I personally would love to see them succeed.

The Odd Couple premieres Thursday, February 19 at 8:30 pm on CBS.

Airing around the same time as the original Odd Couple was Rowan & Martin’s Laugh-In, a groundbreaking sketch comedy show that squashed together a dozen jokes per minute, challenged network censorship rules and jump-started the careers of Lily Tomlin, Goldie Hawn and Richard Dawson. Crucial to the flow of the show was its announcer, Gary Owens, who died last week at the age of 80. Owens was known for his distinctive baritone, for his signature hand-over-the-ear style of announcing, and for his deadpan delivery of Laugh-In‘s hilarious double entendres. Before and after his 140-episode run on Laugh-In, he voiced dozens of cartoon characters and announcers. His career spanned nearly seven decades.

LAUGH IN WITH GARY OWENS from Christopher Bagnall on Vimeo.