Schug is custom jewelry maker by day and a powered paraglider pilot on days off.

Paragliding, also known as paramotoring is a form of ultralight aviation that requires no license. The pilot wears a small engine on his back which provides the propulsion to take to the sky.

Over Memorial Day weekend, Schug made his 50th flight with a powered paraglider, the third unit he’s owned over the past 12 years of being involved in the hobby.

Following his flight, Gary Schug turned into somewhat of a Superman, as a young girl and her parents emerged from the small crowd that had gathered to witness the event and asked Schug for an autograph and a photo. 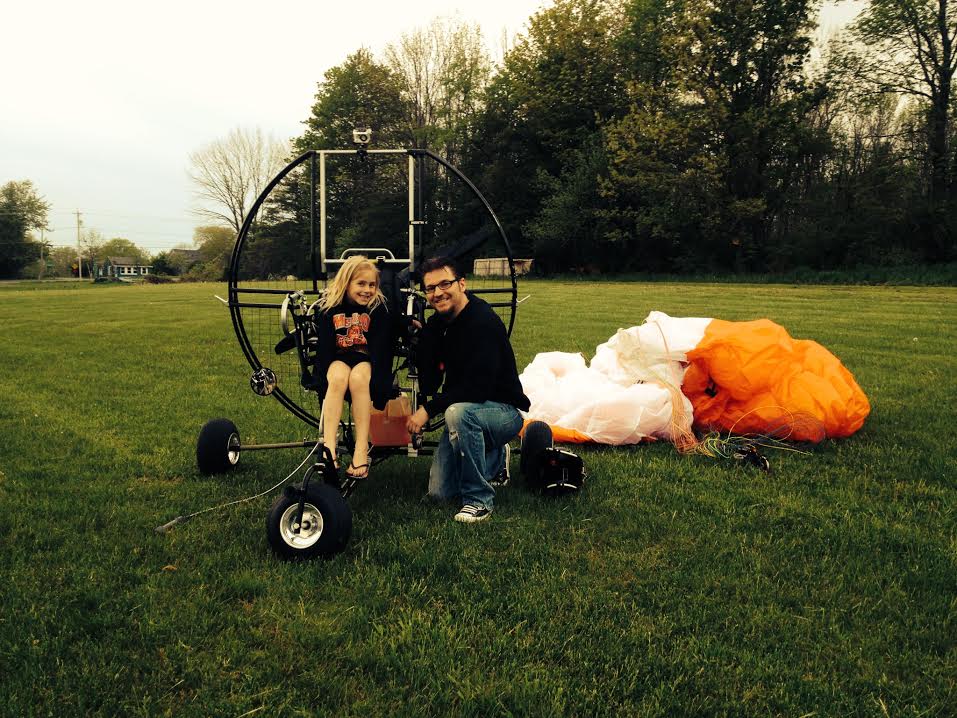 #takeatour of Onondaga Historical Association
Let’s Rant, Shall We?
To Top