The annual Made in New York exhibit at Auburn’s Schweinfurth Memorial Art Center begins with the order imposed by jurors who choose works for the show and then transitions into a sprawling display hung on multiple walls. It features pieces by more than 50 artists who create oils, sculptures, photos, drawings and other media.

(MINY 2015 from Stephen Achimore on Vimeo)

The exhibition extends from Buket Savci’s “Chain,” an oil portraying a young couple in an intimate moment, to “The Danger in Charming Birds from the Trees,” a fine ink-and-pen work by Fathanne Flescher Carapella. It includes Sue Huggins Leonard’s “XXXVII,” with its placement of an Emily Dickinson poem on small pages presented accordion-style, as well as David Higgins’ “House with Priest,” an intriguing piece subject to viewers’ interpretation.

Jacob Zurilla’s collage, “Untitled 4,” coexists with “Space and Place” by Janet Winkle, who gathered together pants pockets which hang together in a bunch.

The artworks’ variety is evident but hardly definitive; a large exhibit of this kind is diverse from the get-go. This latest edition of Made in New York stands out for other reasons, including discussion of technology’s impact on our lives.

Ben Altman’s photo, taken near the entrance to Auschwitz II-Birkenau Death Camp, shows a hand opening an iPhone whose screen holds an image depicting the camp’s exterior. This is from Altman’s series portraying people using phones or cameras to create images at memorial sites like Auschwitz or the National September 11 Memorial and Museum in New York City.

“Concrete Aqueduct,” an oil, charcoal and graphite work by Bill Salzillo, references the decline of factories in upstate New York. He doesn’t offer a realistic portrayal of smokestacks or a factory floor. Instead, he presents a scene in shadows: barren, dim, providing traces of the not-so-distant past.

Ashley Norwood Cooper’s oil “Late Night Conversation ” touches on her online communication with her husband, who was stationed with the U.S. Navy in Afghanistan. This isn’t a traditional self-portrait. She’s positioned a small image of a person sitting near a computer amid what looks like swirling clouds, hinting at distance, memory and contact over the Internet.

The roster of artists for Made in New York varies from year to year. Katherine Waugh and David Hornung, jurors for the 2015 exhibition, chose works by 10 photographers. Their images range from “Going Up,” Heidi Vantassel’s spur-of-the-moment shot of workers on a scaffold, to Robert Carroll’s photo of a bridge over the Little Tennessee River, from Mark Larsen’s “Anasazi Granary I,” depicting an ancient site last used centuries ago, to two photographs from “The Auburn System,” a series by Joe Librandi-Cowan. One of the images portrays a long abandoned electric chair in a local bar. And Paul Pearce’s digital shot, “Illumination,” continues his investigation of mass culture and war.

Although Made in New York doesn’t reserve slots for artists, some people have had work in the exhibit several times. That gives an opportunity to catch up with more recent creations. Gail Hoffman’s “In the Nursery” features a small structure filled with tiny toy figures including a giraffe and babies in cribs, cast bronze furniture, and a screen presenting video footage.

“Breakfast with Chardin,” Gary Trento’s still life, demonstrates how a skilled artist can depict just a few objects and generate much visual energy. His piece portrays a scene on a table including a neatly sliced melon, a pitcher and a knife positioned near the table’s edge. 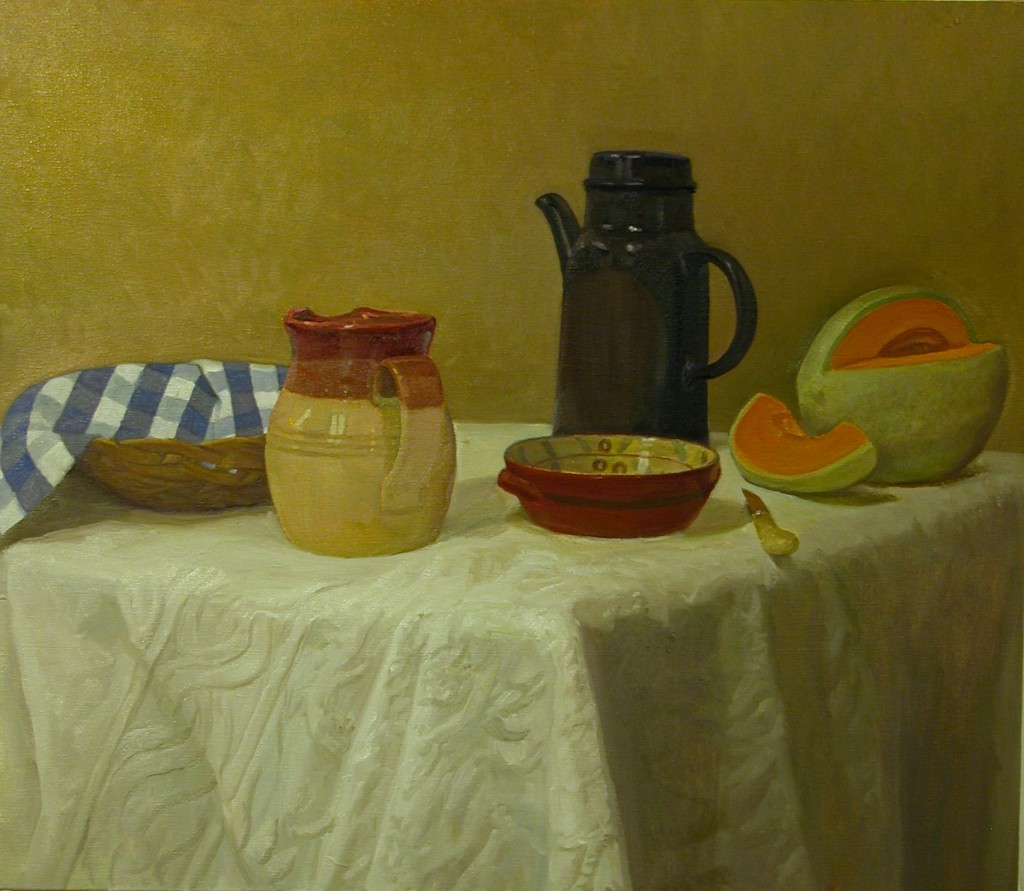 The 2015 edition features artists from around the state, mostly from Syracuse, Utica, Rochester, and Ithaca, but also from Brooklyn, Long Island City, and Kings Ferry. It also has its own identity, one dictated by a new pair of jurors. The current show has few videos or installations, and that’s different from previous Made in New York displays of just a couple years ago. Change is a constant, an ongoing theme for the exhibit. 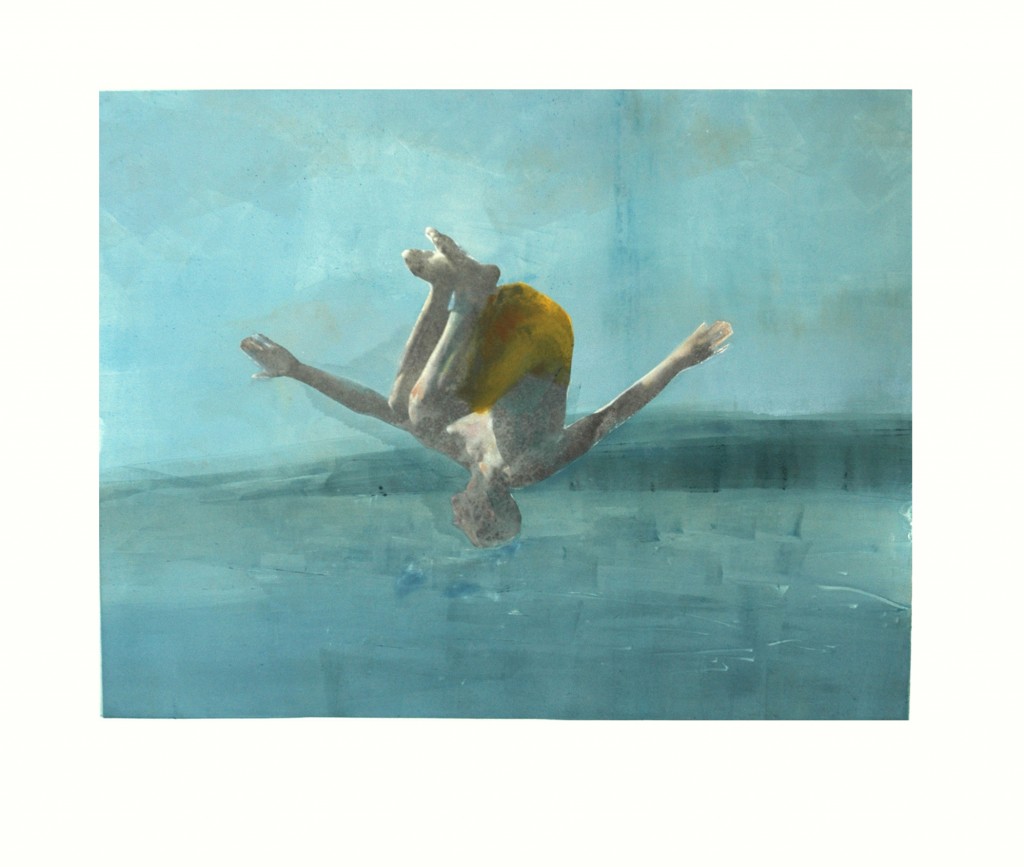