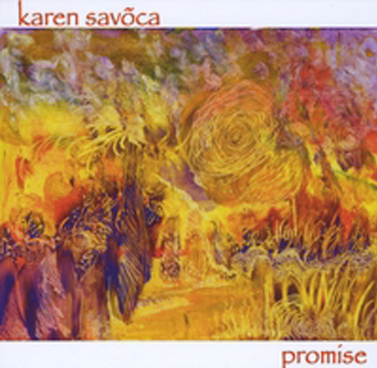 Music Reviews: Karen Savoca (Promise). Gregg Yeti and the Best Lights (that = that)

Promise (Alcove Records). This artist has serious soul, made beautifully clear on her most recent work. Savoca and musical partner Pete Heitzman, who first met at a jam session, complement each other in their musical interactions and the sum of their collective parts is much greater than the pieces. With Savoca on vocals (including harmonies), piano and in-the-pocket percussion and Heitzman commanding the bass and guitar, this duo easily makes the sound of a four-piece.

Savoca’s voice has the ability to lay over the music in a way that gathers it all together. Strong, but not aggressive, her sweet vocals and unpredictable lyrics are engaging and the layers beneath respond accordingly. “Promise,” a bare piano ballad, proves simplicity can be beautiful, while “Bully” takes a sharp turn with a playful, almost tropical beat. When it comes to a change in course, “Almost Fine” does the best job of dropping a killer blues bomb in the middle of the album as Savoca warns with conviction, “Don’t make me change.” And “Last Night on Earth,” the deal-sealing closing track, is a song any mainstream songbird should be aching for.

Savoca and Heitzman could easily fit into a slew of genres, but what’s most interesting is that they simply chose to be themselves. In songs, less is more. But in style, more is more and more is good. For more information, visit karensavoca.com.

Karen Savoca and Pete Heitzman will perform at the Nelson Odeon, 4035 Nelson Road, Nelson, on Saturday, Nov. 23, 8 p.m. Tickets are $20. For more information, visit karensavoca.com or nelsonodeon.com or call 655-9193.

Gregg Yeti and the Best Lights. 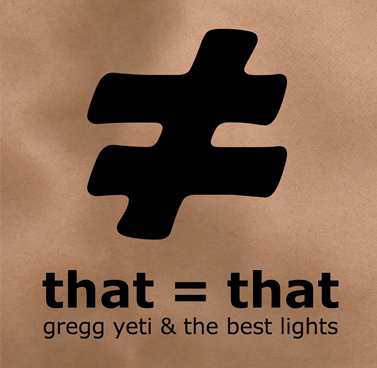 That=That (Koala Syndicate). It’s the 26th release from Koala Syndicate and Gregg Yeti’s self-proclaimed last CD under the name Gregg Yeti and the Best Lights. But even with the end of an era looming and more than two dozen releases already in the bag, Yeti still remains innovative and fresh with this seven-song EP.

“Hold It Down” opens the record with a shaking tambourine and a beat that bounces along beneath Yeti’s straight-ahead vocals. “Brighter Than The Sky” will ring familiar in fans’ ears and “Happy Robot” works as a full-band version of the older acoustic “How To Make a Happy Robot.” “My Narcoleptic Sara” is a drifting song that sounds like it belongs in the late 1990s with Marcy Playground, Fastball, Harvey Danger and the Toadies. And “Soundcheck with Dave Frisina” is exactly how the title sounds: a playful tribute to the local music-only show that airs Sundays at 9 p.m. on WXTL-FM 105.9 (The Rebel).

Two covers stand out for their unique takes on vastly different tunes. Guided By Voices’ “Quality of Armor” fits beautifully into Yeti’s repertoire and “House of the Rising Sun” seems like an unlikely choice that ends up making complete sense as an ominous album closer.

A clear example of complete creativity, it’s no wonder Yeti is ready to move on with the name after nearly 10 years of the project. Plans are in the works for other projects (like the Flashing Astonishers) to crop back up and the unfinished album, Leper Pony, already has 100 songs slated according to Yeti on koalasyndicate.blogspot.com. “Gregg Yet is not un-busy,” it reads.

Yeti had a little help from his friends to make this project possible: Steve Daniels on drums, Jocko at More Sound Studios, Randy Tallo and Dough White and physical copies of the disc are available in Yeti’s traditional paper bag format (the CD is slipped into a lunch bag-style brown paper bag with a sticker label on it). And for those who are disappointed to hear that the Best Lights will be no more, he’s got you covered there, too. The website reassures that Yeti’s next project “will be a showcase for his songs in the vein of the Best Lights will probably be called the Casual Estates.” Never fear. Gregg Yeti is still (and always) here.