“Local Flavor is a feature produced in cooperation with advertisers in the Syracuse New Times.”

Good times and new ways to have them are happening at Tully’s these days. We recently dropped in to the Erie Boulevard East location, which was entirely remodeled eight months ago. Now, the inside is open and spacious and the walls are lined with big-screen televisions; dozens of them. It is the perfect venue for watching any game.

Speaking of games, if you don’t want to watch them at Tully’s, they offer party platters to-go, perfect for tailgating this fall at Syracuse University. My daughter’s SU sorority served platters of their chicken tenders to prospective new members last year; the sorority credits Tully’s with one of their most successful recruitments ever! 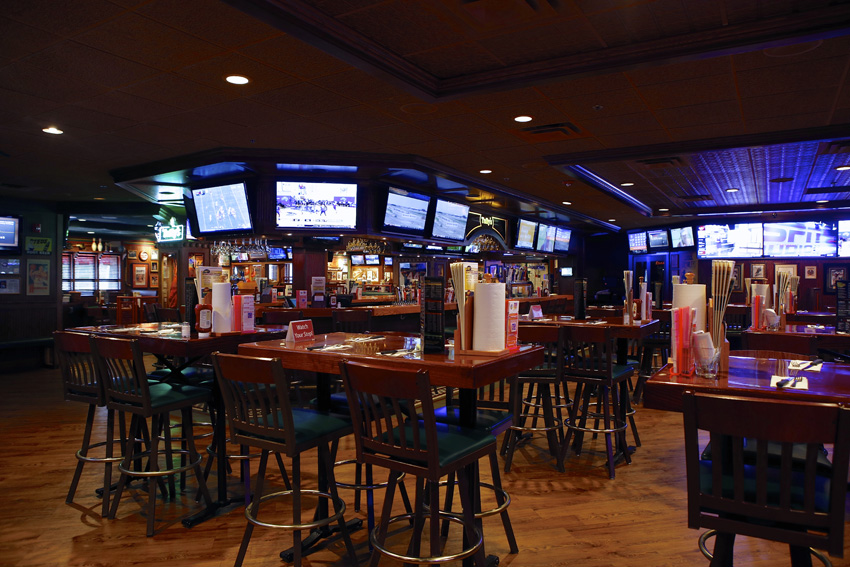 Those famous chicken tenders, so famous that they are the BEST CHICKEN TENDERS ON EARTH® (yes, it is actually registered), are handmade/handbattered from fresh, never frozen chicken. Served with their homemade ranch dressing, or the more famous honey mustard (now available bottled in local grocery stores), these tasty strips filled us up so much we could barely try anything else. 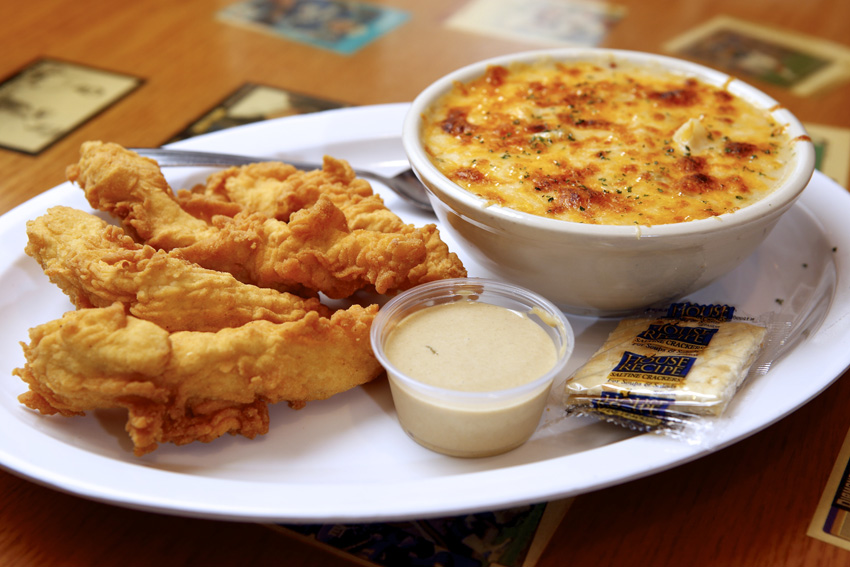 Maybe that’s because general manager Mike Salerno also had us try the Asian tenders, coated in a spicy-sweet chili sauce. There are Buffalo tenders, too. The options are endless: You can get the appetizer portion, as an entree, a platter of 10 or three on the side. Salerno told us that about 40 percent of his customers have the chicken tenders in one form or another. He estimated the largest tender order they ever filled was for 2,500, plus he had an order for 300 going out the next morning. As he pointed out, if you are feeding a large and diverse group, you are guaranteed to please if the tenders are on the menu.

As part of the upgrade on Erie Boulevard, they went from six to 40 draft beers, with multiple craft brew choices. Draft selections will soon expand at their other locations and will fill a growler with the draft of your choice.

With dinner specials changing seasonally and new specials including fish and sirloin steak, along with some rocking salads, you certainly can satisfy whatever diverse group you might bring to any of their Syracuse, Buffalo, Rochester or Binghamton locations. Come hungry, especially if you are going to tackle the Mountain Melt, which is a burger stuffed between two grilled cheese sandwiches. My husband felt he embarrassed himself when he couldn’t finish it. 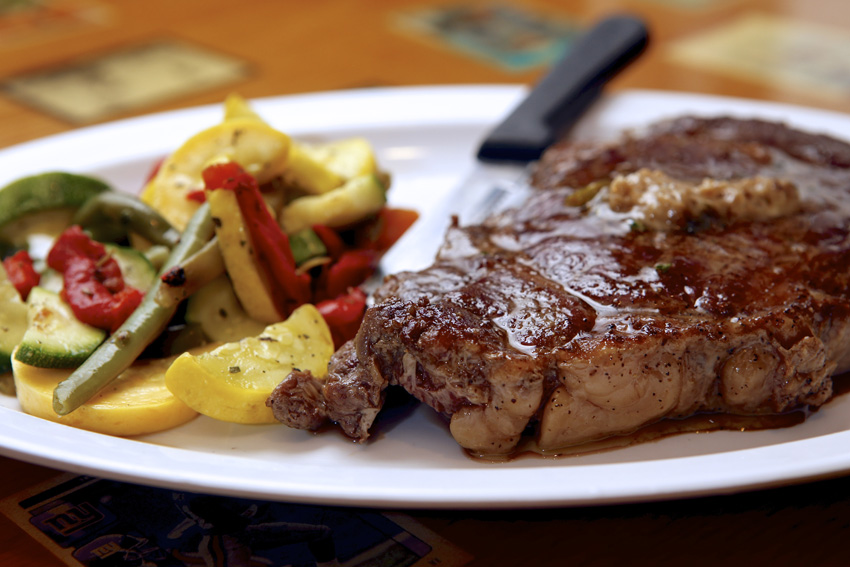 I went with the fish tacos, which were more like a quesadilla, spicy and cheesy. The serving contained three large triangles; I ended up taking home the other two. We actually went to try some of the new menu items, like the Chili Lime Shrimp Salad or Chicken Pepperoni Parmesan fettucine, but the tried-and-trues were so tempting we never got there. 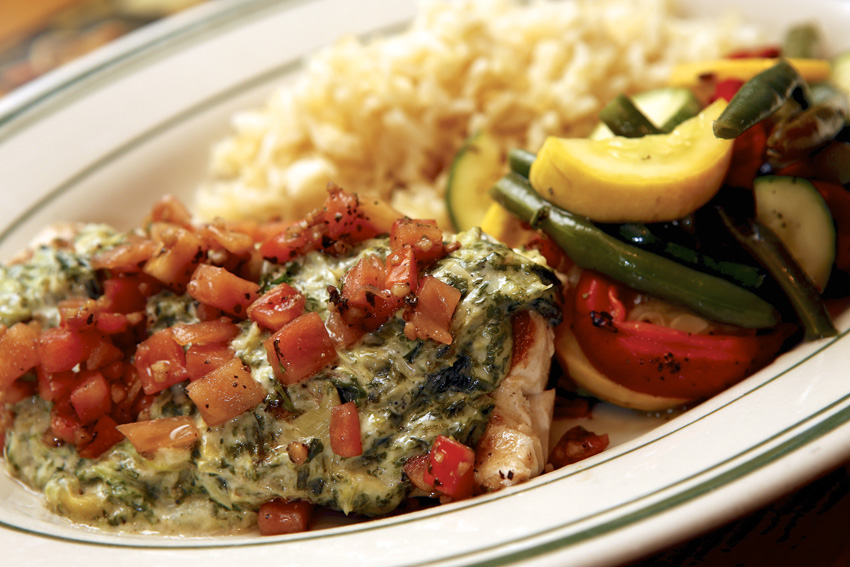