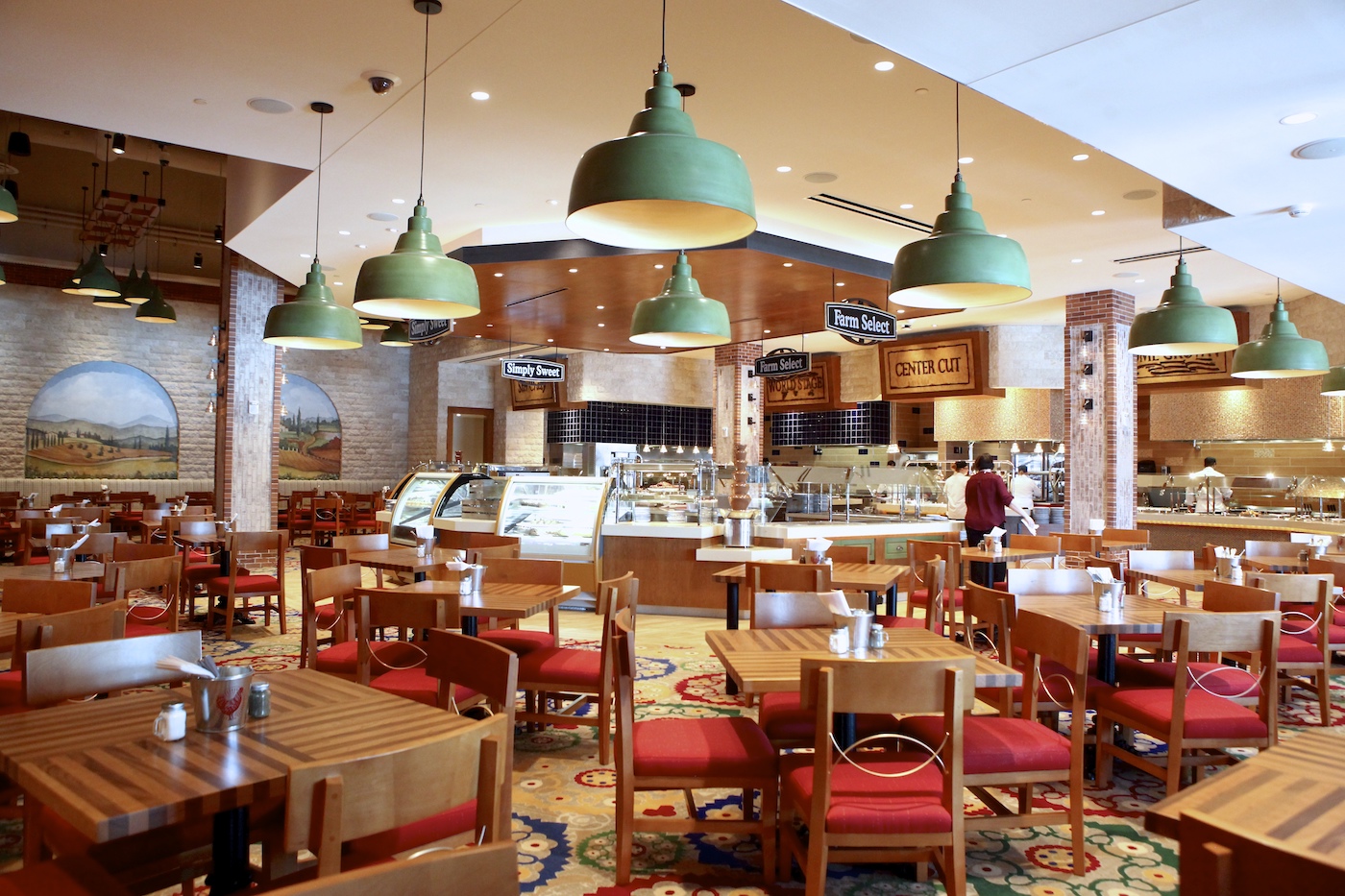 LOCAL FLAVOR IS A FEATURE PRODUCED IN COOPERATION WITH ADVERTISERS IN THE SYRACUSE NEW TIMES.

The romance between casino operations and all-you-can-devour buffets dates back to the pre-Rat Pack Vegas era, and our collective tummies are all the happier because of this unique relationship.

According to an article on the Mental Floss website, writer Jeff Wells pegs publicist Herb McDonald as the stateside smorgasbord inventor. At the El Rancho Vegas venue on the Strip during the mid-1940s, one night McDonald brought out some cold cuts and bread to feed the nocturnal gamblers. The late-night feast eventually morphed into a 24/7 business known as the Buckaroo Buffet, a concept soon copied by other Strip casinos to lure customers. 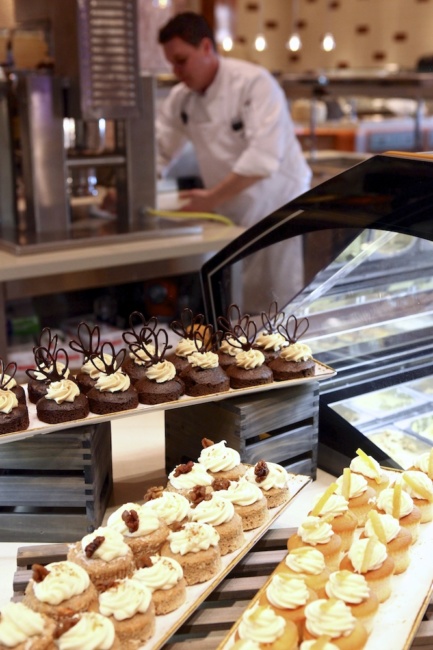 While Vegas still has other gimmicks to grab patrons, notably the super-cheap shrimp cocktails with “jumbo” shrimp the size of teensy sea horses found in old comic-book coupon hustles, most of the casino buffets along the Eastern Seaboard deliver the gustatory goods big time and at a reasonable price. That’s certainly the case with the Farmers Market Buffet, which premiered alongside the February opening of the del Lago Resort and Casino in Waterloo. (By the way, the resort still has more expansions on the horizon, including its slated opening of a 205-room hotel in mid-July.) The buffet has been an immediate success with the casino crowd, bolstered by a $10 promotion in April that pulled in more than 45,000 customers.

The brightly lit buffet area currently seats 299, with a mix of tables and booths that surround the food stations. Those areas boast names such as “Stir Crazy” (a nod to the stir-fry menu) and “Center Cut” (devoted to meaty specialties and a carving station).

The buffet adheres to the popular farm-to-fork concept, which eschews the bland food products from national suppliers and instead goes straight to the source for fresh ingredients from area produce suppliers and nearby farms. That means in-season fruits and vegetables are rotated in and out of the buffet’s menu year-round. And chances are that you’ll feel like a really good neighbor with every bite you take, knowing that the buffet chefs are creating menus from local food businesses.

The food selections offer a mix of every yummy item you’d want on a buffet plate, sometimes even more than expected. During one recent visit, the “Fresco Italia” section yielded three different pizza pies, a sausage stromboli, and pasta with meatballs the size of Dwayne Johnson’s fist. Vegetables ran the gamut from cauliflower to Brussels sprouts to buttery mashed potatoes, while the carving area featured shredded barbecue pork and Andouille sausage. Grazers would also find room on their plates for shrimp scampi, sweet and sour pork and melt-in-your-mouth pot roast.

Executive chef Andreas Baecker, whose birthplace is Germany and lists steak as his favorite go-to dish, assures quality control with every bite taken by ravenous customers. And for those who have made room for dessert, executive pastry chef Andrew Chambers has lined up a gaggle of goodies that includes cheesecakes, cookies, cupcakes, fruit tortes and much more. 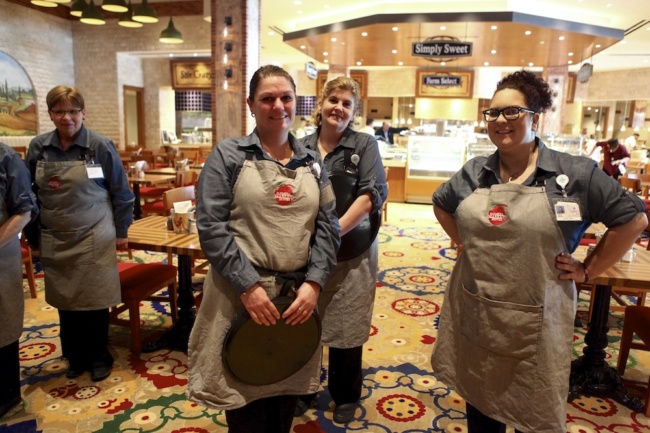 Chambers, who grew up around the Keuka Lake region, has been in the food business since childhood, as his parents ran a diner in Hammondsport. And while he cites crème brulee as his favorite dessert, he acknowledges that the buffet’s sinfully rich-tasting gelato has its dedicated fans, too, especially since the venue moves 100-plus gallons every week.

The buffet area manages to always stay clean despite the occasional bursts of heavy traffic. When a sausage link was accidentally dropped on the floor by a cloddish cretin (Full disclosure: It was me.), the link was immediately whisked off the floor by an observant buffet team member before the five-second rule could even be observed.