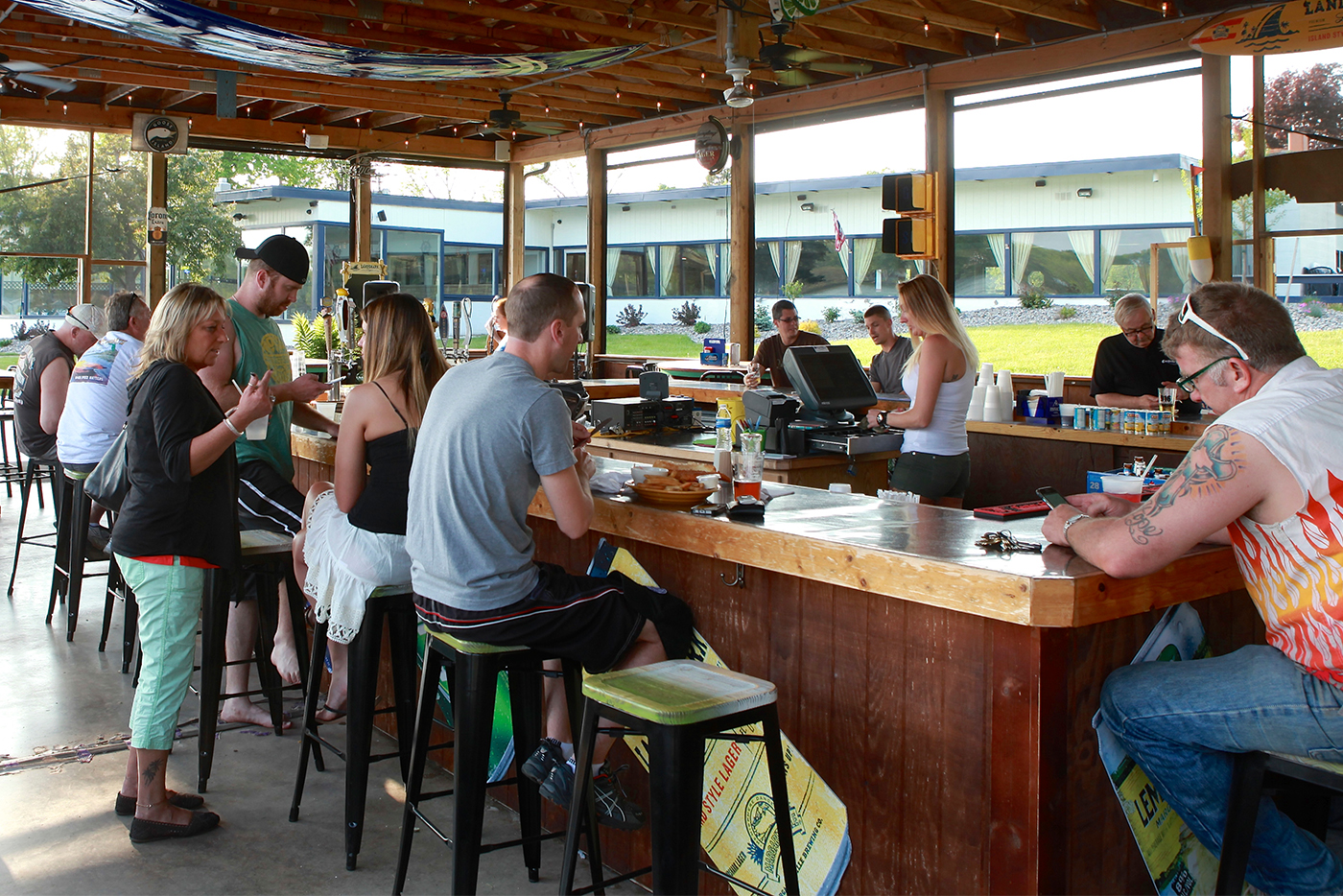 916 Riverside is a much-desired destination for big parties and wedding receptions.

The Central Square restaurant 916 Riverside, known for many years as the Castaways, has been under the ownership of Jake Burgett since March 2015, and he’s made a number of improvements during that short time, from outside landscaping to interior makeovers. 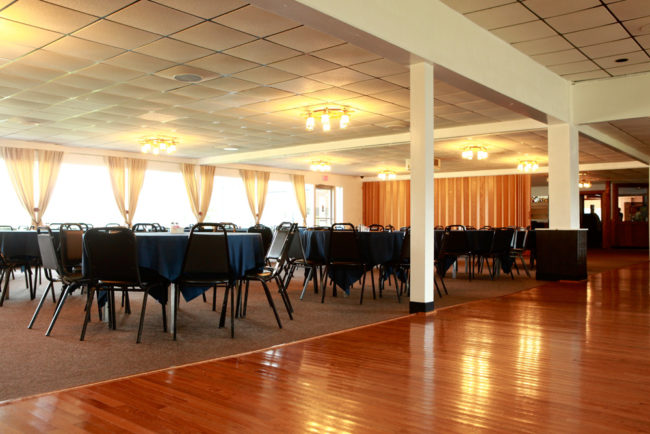 The venue, located on the scenic shore of Oneida Lake, is still a much-desired destination for big parties and wedding receptions, with its spacious banquet room that holds 250 patrons “comfortably,” according to Burgett, plus hardwood floors that are buffed to shine. The lounge area and dining room (the latter with seating capacity of about 130) have also undergone interior work, with new carpeting and more hardwood highlights.

Burgett grew up in the family business: His dad Jerry ran the Castaways from 1994 until his retirement last year, and before that Jerry managed the former Red Door North (now Monirae’s) in Pennellville from 1972 to 1997. So Burgett knows what it’s like to maintain long hours and super-customer service, especially during the weekends when he closes down the restaurant around 3:30 a.m., only to turn around two hours later and gear up for the next day’s business.

A visit last winter yielded plenty of taste treats supervised by chef Eric Maliszewski, with some ported over to the summertime dinner menu. Steaks are available with a selection of compound butters, onions or mushrooms to top them off, along with chicken dishes and broiled or fried seafood. Appetizers include pretzel sticks, fresh from the oven and ready to dip in cheese sauce or hot mustard, or try the local favorite Utica greens.

Yet things get extra-special at 916 Riverside during the summertime boating season, with the outside Tiki Lounge and a dock that can accommodate up to 15 watercrafts to lure both party-hearty sailors and fair-weather landlubbers. The screened-in lounge offers musical entertainment on many weeknight evenings and weekends, while bigger acts command the outdoor stage, as the rock melodies easily make customers forget that tractor trailers are highballing down the nearby interstate bridge. 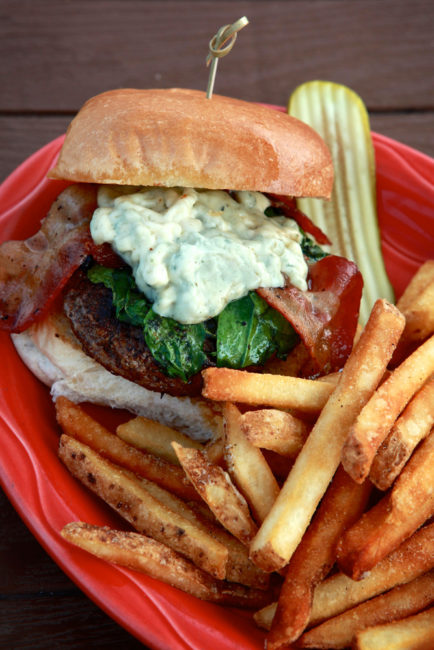 The lounge menu offers classic pub fare to accommodate the dockside dining experience. Start off with a heaping bowl of loaded baked potato soup — accent on the word “loaded” — with its tater chunks drifting amid a creamy melange of bacon and green onion flecks. The eight-ounce Angus-Cajun style Castaways burger is an inch-thick slab of nosher’s Nirvana, topped with bacon, spinach and a blue cheese spread that’s warm and yummy. While weighing anchor with this burger, feel free to wave at boaters who are plying the gentle river waves aboard their sleek watercraft; they don‘t have to know you’ve shown up in a leaky dinghy.

916 Riverside is located on 916 County Route 37, Central Square, just over the Brewerton Bridge on the scenic Oneida River, and not far off from the Brewerton exit of I-81. It’s open Wednesdays through Saturdays, 4 a.m. to midnight, and Sundays, noon to 7 p.m. For details, call 668-3434 or visit 916riverside.com.