(Living Space) “The first time I walked into this apartment, I loved it”

Eric Hinman’s condo is his third — all in Franklin Square’s Mission Landing.

He started with a one-bedroom, one-bath unit in the former five-story brick factory. Last year, he bought a 3,600-square-foot, two-floor condo with a floating staircase of metal and wood and columns wrapped in stainless steel. 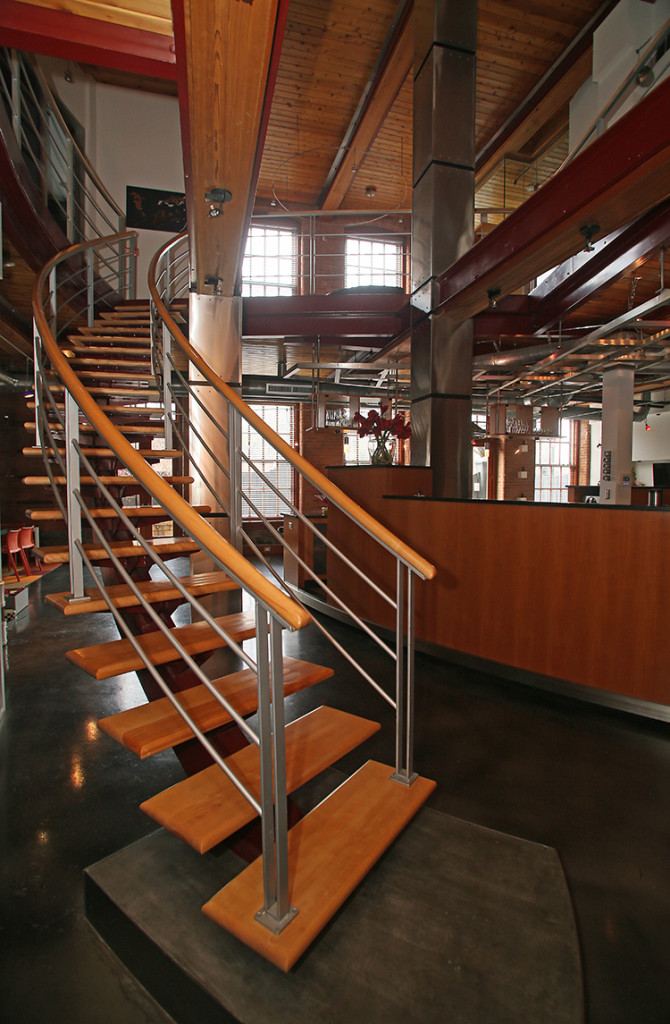 Inspired by the idea of a hurricane, with the kitchen as the eye and the staircase soaring upward. Gloria Wright | Syracuse New Times

“The first time I walked into this apartment, I loved it. And that was before I bought the second unit,” he said.

But the second unit is still in the family, sort of. Hinman sold it to a friend who lived in another unit in the building.

When Mission Landing was developed, each owner bought a blank space and designed and built it to his or her own taste. The condo’s original owner was inspired by the idea of a hurricane, with the kitchen as the eye and the staircase soaring upward to a wall of blue glass, Hinman said.

The woman, who has moved out of state, had an eye for detail. The kitchen has a floating slate floor and is equipped with top-of-the-line appliances, including a built-in Miele espresso maker. 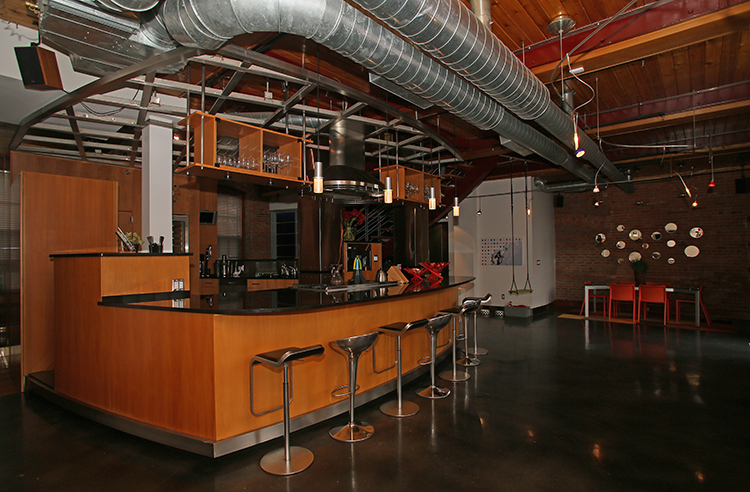 Hinman’s favorite part of the apartment is the upstairs gym. An Iron Man athlete, he’s able to train while his girlfriend watches a movie or reads in peace downstairs.

“I bounce between the gym and the kitchen,” he said.

Hinman was able to buy much of the Mid-Century Modern furniture from the previous owner. His own first purchase for the condo is a green swing that hangs between the kitchen and dining room.

“I thought it was a cool addition to a modern loft. My friends with kids love it when they come over,” he said. 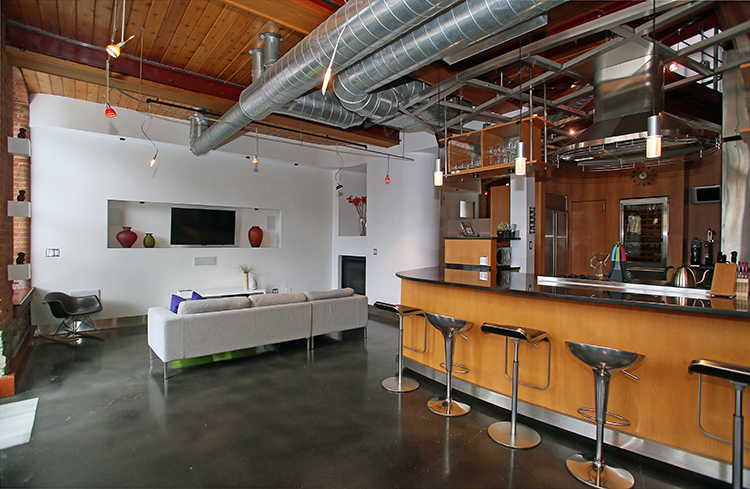 The kitchen, top, has a floating slate floor and built-in Miele espresso maker. The staircase, above, leads to a wall of blue glass.
Gloria Wright Photo | Syracuse New Times

Living Space is looking for interesting, unique apartments, lofts, residences in downtown Syracuse. If you would like to nominate a Living Space, please send an email (with a couple photos if you can) to [email protected].