“In your 30s, quieter Franklin Square is more appealing.”

She estimates that nearly 75 percent of the furniture and furnishings in her Franklin Square apartment is refurbished.

“I like the feeling of taking something nobody wanted and making it your own,’’ she said. “I like unique eclectic pieces.” 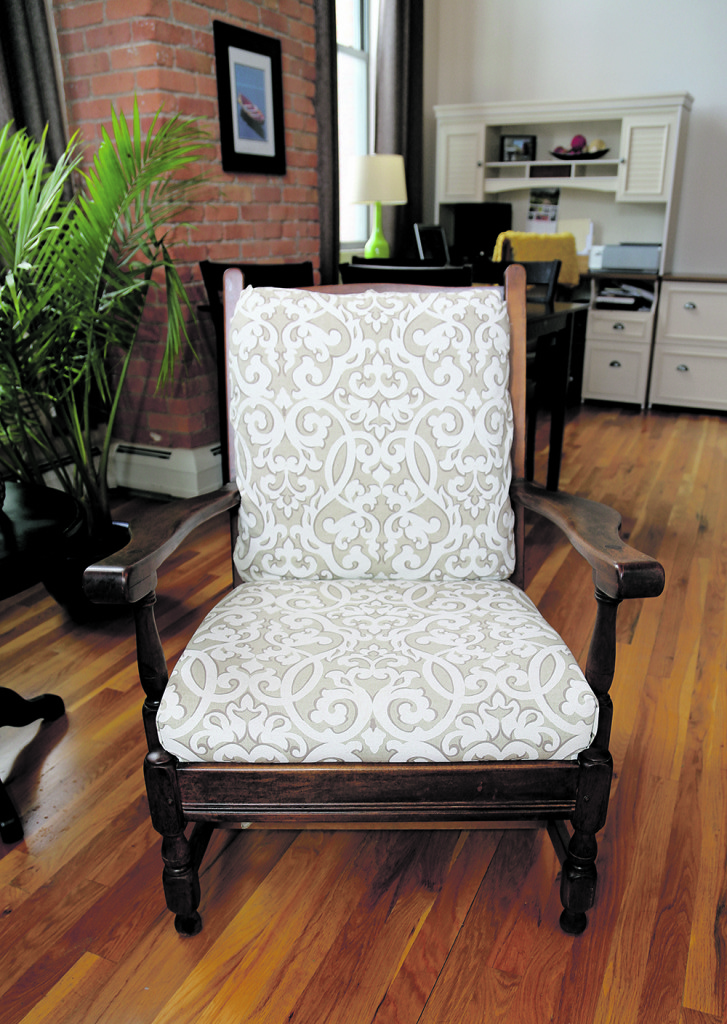 Angela Trapasso and Cory Brooks found this chair for $90 on Craigslist and stripped, refinished and upholstered it.

A chair she and Cory Brooks found on Craigslist for $90 had faded wood and upholstery Trapasso described as “orange sweatering fabric.” They sanded, stripped and refinished the wood, and — for the first time — upholstered the cushions.

Traspasso said she likes to be surrounded by a lot of color and a lot of different patterns.

Traspasso, director of brand strategy for Terakeet Corp., and Brooks, a counselor at Solvay Middle School, moved to the apartment at Franklin View Terrace, 210 W. Division St., from Armory Square, where they lived above the Clinton Street pub. Moving was a sign of growing up, they said jokingly.

“We’re downtown people,’’ Brooks said. “We like being really close to everything,’’ including the festivals in Clinton Square.

Brooks said he ate three meals a day at Taste of Syracuse. 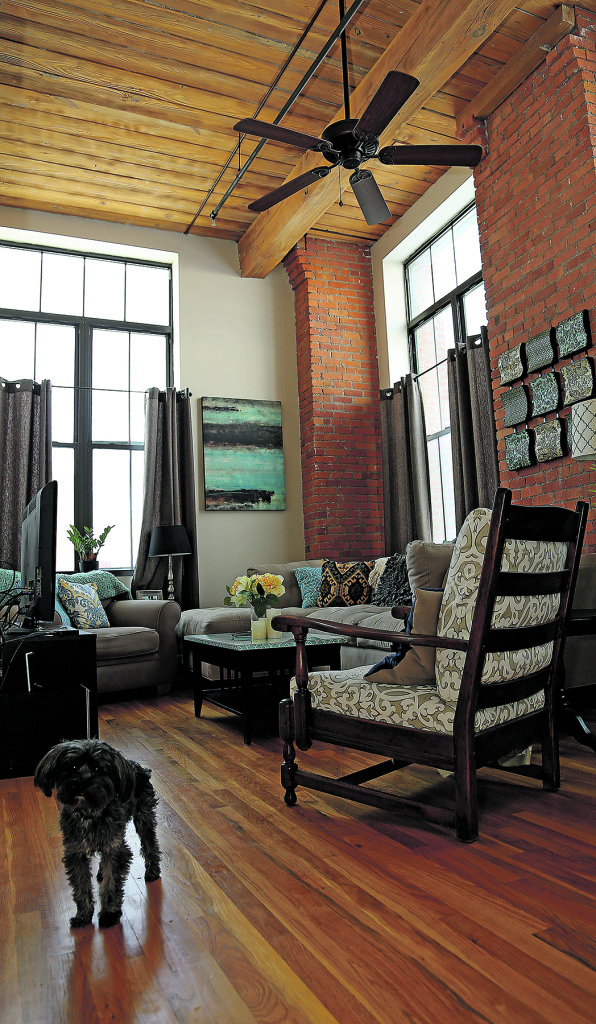 Benny, the dog of Angela Trapasso and Cory Brooks, stands in the living room of the couple’s apartment at Franklin View Terrace Apartments, 210 W. Division St.

The Armory Square apartment was also upstairs from Bittersweet Wine Bar and Desserts — dangerously close, they said. A late-night craving could be satisfied by a phone call order and a walk downstairs.

“Everybody’s all dressed up, and we go in in our pajamas,’’ Brooks said.

They couple – and their 3-year-old dog, Benny – moved into the two-bedroom, two bath apartment in December. The 1,100-square-foot apartment rents for $1,250, plus utilities and a pet deposit.

Hanging from above the kitchen counter is a Christmas wreath purchased at the CNY Regional Market. 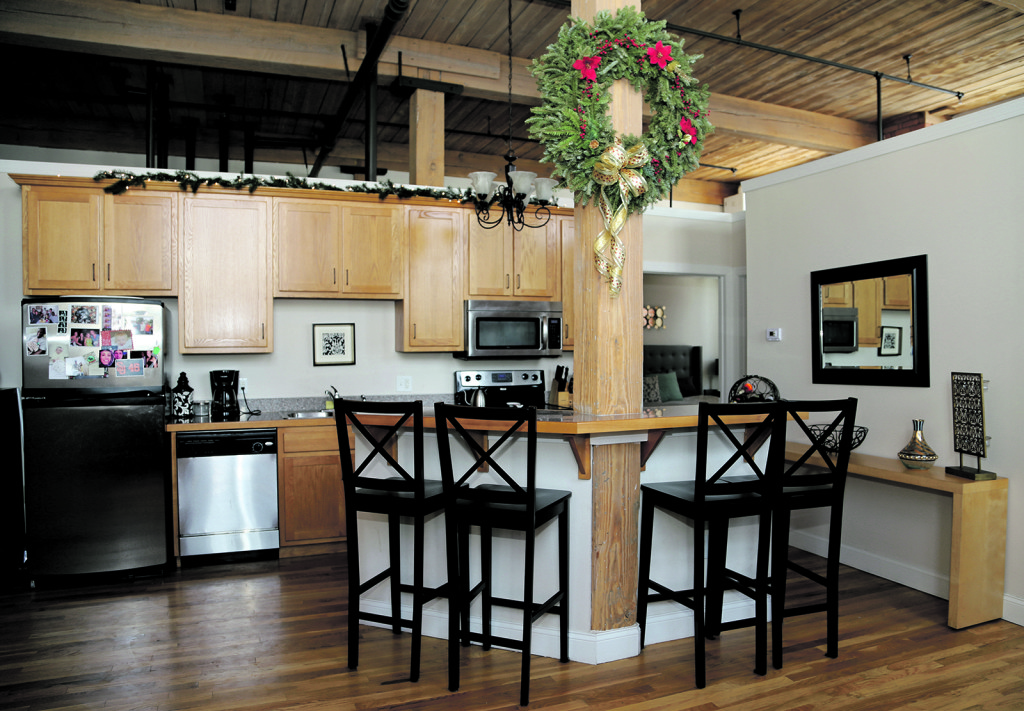 Angela Trapasso keeps her Christmas decorations up “until I can see grass growing,” she said. “I don’t let go of Christmas for months.”

“I don’t let go of Christmas for months,” Trapasso said. “Until I see grass growing, that stuff stays up.”

Living Space is looking for interesting, unique apartments, lofts and residences in downtown to feature. If you would like to nominate a Living Space, please send an email with a low-res photo or two to: [email protected].