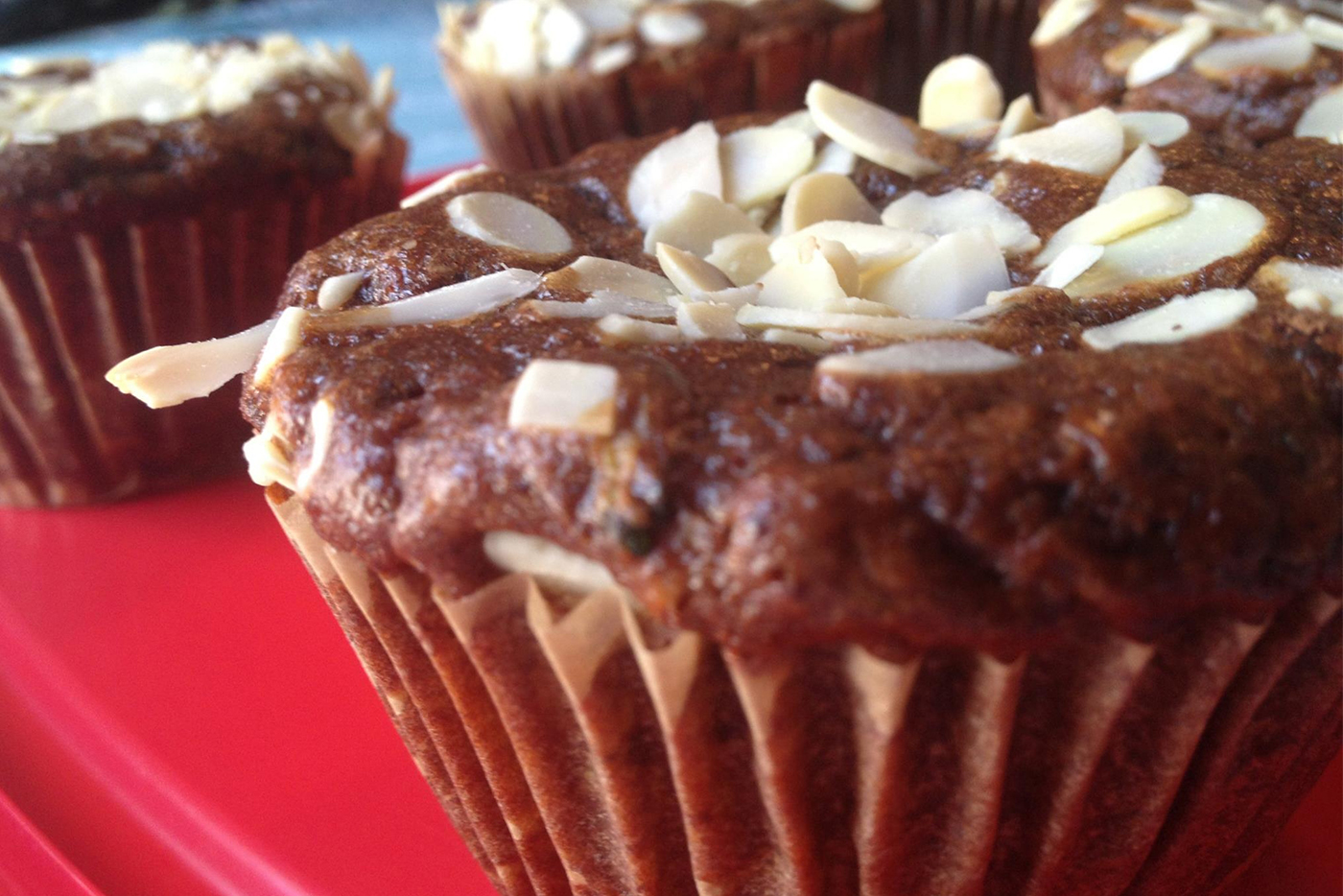 Maybe you’re a college student with no time for breakfast, let alone a healthy breakfast, before your morning class. Or maybe you’re a busy working person with an early-morning meeting to make and scarcely time for a cup of coffee or tea. Or maybe you’re someone who wants to eat more healthily, but don’t know where to begin. Help is available — in the form of a muffin.

Lift Protein Muffins are a “meal in a muffin” made with apples, bananas, zucchini, eggs, coconut milk, coconut flour, nuts, honey and other natural ingredients. They’re gluten free, “paleo” friendly and convenient. And, with 19 grams of protein, they make a dense, nutritious meal. Three varieties of muffins are available: Apple Cinnamon, Banana Chocolate and Chocolate Zucchini.

The muffins are a family project and labor of love for Syracuse University graduate Zach Schleien and his mother, Debbie. By the time Zach was in grad school, he recalls, he had experimented with lots of different diets. He didn’t eat well, he didn’t eat regularly, he felt bloated after meals and he had little energy. His brother introduced him to the “paleo” lifestyle, which involves giving up fast and processed food in favor of meats, fish, leafy greens and other vegetables, and some fruits, oils, nuts and seeds. 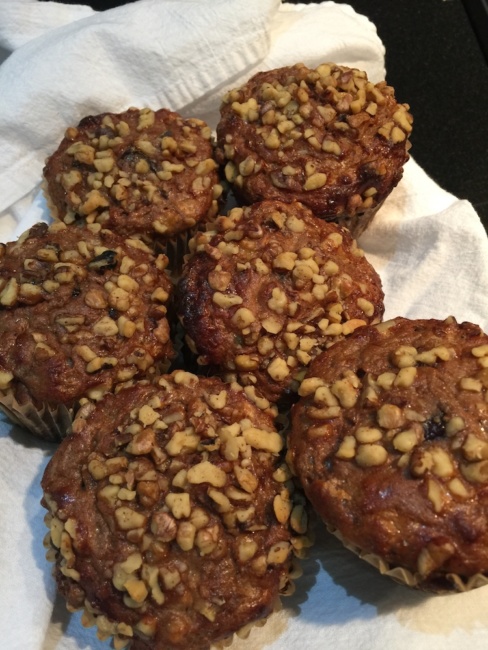 He began a regular exercise regimen, including yoga, and became a certified health coach. At the same time, he and his mother, who loves to bake, started to experiment in the kitchen with “paleo” muffins.

Zach is a 2012 graduate of SU, where he majored in history and minored in marketing. In 2015, he earned a master of science degree in information management from SU’s School of Information Studies. During his time as a graduate student, Zach says, he and his mom worked on the muffins. A Kickstarter campaign helped them raise more than $5,000 for their business.

Their eventual goal is to have their product in stores nationwide and to introduce more varieties of muffins. For now it is strictly a mail-order product, delivered in packages and sampler packages of six (two of each variety).

“There are paleo products out there,” Zach says, “but they don’t offer the convenience of this and they don’t serve as a meal.” The most popular muffin, he says, is Banana Chocolate. On delivery, it is recommended that the muffins be stored in the freezer. Remove them as you’re ready to eat them and reheat in the microwave for 45 to 60 seconds. Or, defrost muffins in the refrigerator overnight. The muffins can also be heated in the oven.

Zach Schleien is an employee of Johnson & Johnson in Westchester County, working with scientists and putting his data skills to use in cloud computing. He also manages marketing, branding, search engine optimization and social media and outreach for Lift Protein Muffins.

His mother, Debbie, is the “architect” of the recipes. She is also the go-to person on site when bake sessions are scheduled with their co-packer and she manages any distribution and logistical issues. It’s not unusual, Zach says, for them to speak on the phone several times a day.

Their shared goal, he says, is products that taste good — and a brand that also serves a larger purpose. “We want to create a brand that’s also educational and helps people with health and nutrition,” he says.

A Cruffin is a cross between a croissant and a muffin. They’re crisp and crumbly at the same time, and they’re a popular item at The Toast, a family-owned breakfast and lunch spot and bakery in Canastota.

The restaurant is owned by the mother-daughter team of Tonya and Kyleigh Starkey. On a recent visit, Tonya managed the front counter and dining area while Kyleigh baked an assortment of treats in the back.

The specialty of the house is toasted homemade bread (your choice) with a long list of toppings, including bacon and cheese, ham and cheese, avocado and tomato, poached egg, fried egg and more. The bakery case features Cronuts (a croissant-donut hybrid), cookies, Danishes, muffins, cupcakes, croissant-wrapped brioche buns and other items of buttery, sugary appeal, with some gluten-free and vegan options.

The Toast, 139 S. Peterboro St., Canastota, is open Sundays, Mondays and Wednesdays through Saturdays for breakfast and lunch. The restaurant will be closed Thursday, March 2, to Sunday, March 12, while Kyleigh Starkey takes a baking course in Paris. For information, call 875-5584 or visit their website.

Margaret McCormick is a freelance writer and editor in Syracuse. She blogs about food at eatfirst.typepad.com. Follow her on Twitter, connect on Facebook or email to [email protected].