Beyond Jersey’s Bridgegate, there are more roads leading to our own politically created pavement paybacks

One of the unfortunate aspects of the New Jersey Gov. Chris Christie bridge scandal is that it chips away at our already diminished trust in government. If the administration of an expected presidential candidate can be capable of such vindictive, petty behavior, might similar punitive traffic jams be happening right here in Syracuse?

This past week I took a hard look at several traffic tie-ups that dogged Central New York in past months. What I uncovered will shock you. Although I found no proof of politically motivated traffic snarls in our area, there was bountiful circumstantial evidence to justify an independent investigation by a Special Commission headed by — OK, twist my arm — me.

Let’s examine the facts as they align with three disruptive local highway projects.

Project 1: On July 15, three days of work began on Interstate 690 east of Interstate 81. Each direction was reduced to one lane, causing delays for more than 100,000 motorists already pissed off because of rainy weather, high e-coli counts at local beaches and a gnawing sense that summer in Central New York isn’t all it’s cracked up to be. Workers were late for their jobs. One highly regarded local columnist was late for lunch. In a particularly tragic case, a hearse ran out of gas on the 690, forcing the driver to attempt to fireman’s carry the body to a West Side funeral home. Tragically, the driver tripped in a pothole and dropped the corpse in front of an onrushing Syracuse Banana truck, which in turn collided with. . .  oh, what’s the point of rehashing every detail? It was just a really bad day.

But was it necessary? It’s worth noting that the week leading up to July 15 was pivotal in city politics. Republicans were butting up against a deadline to field a mayoral candidate to run against powerful incumbent Stephanie Miner. A massive tie-up on the 690 would have worked to the advantage of the GOP by giving party operatives a chance to identify and interview potential mayoral candidates trapped in their cars.

Here’s just one possible “smoking gun” heavily redacted email that a Special Commission headed by me would search for:

Good morning, Mister Onondaga County Republican Party Chairman Tom (REDACTED) Dadey! We’re ready to launch Operation Captive Candidate on the I-690, per your instructions. I just need you to sign off on the Motorist Solicitation Script below. Will this work. . .  .?

Good morning, Sir/Ma’am. I am so sorry you are struck in this horrible traffic jam that is a result of our wasteful and inefficient Democrat-controlled city government. My name is (REDACTED), and I am a member of the Onondaga County (REDACT)ican Party. I have a proposition for you. Is there a chance you might be interested in running for mayor of Syracuse? I know it’s a lot of work but. . .  . Please Sir/Ma’am. Don’t roll up your window. Hello? You just ran over my (REDACTED) foot? You have a nice day too, you miserable (REDACTED)/(REDACT)head. (REDACTED) You! You’d be a terrible mayor, anyway.

Project 2: When historians look back on the Great I-81 Bridge Resurfacing of 2013, they will consider not just the logistics of routing tens of thousands of motorists into — gasp! — The Inner City, but they will study the psychological trauma inflicted on a proud mini-metropolis shorn temporarily of its beloved elevated north-south artery. No matter that the resurfacing project actually concluded as scheduled in mid-August and traffic flowed surprisingly well during the regional emergency, Central New York motorists were nonetheless left with a troubling thought: What if the I-81 overpass went bye-bye forever? 🙁

With escalating talk by futurist weirdos of possibly bringing down the whole structure permanently some day and replacing it with a Grand Boulevard of Street Crime and Non-Synchronized Street Lights, one gigantic player in town stood to gain immensely from those fears, and no, I’m not talking about Lookers Showclub. But you’re in the neighborhood.

If you’ll excuse the mixed metaphor, deep in the bowels of Destiny USA the mindset is that every roadway in Central New York should be a publicly funded chute to the Earth-friendly temple of mass consumption and soulless corporatism. As the mall expansion finally happened to the extent that it included actual stores, this past summer was the perfect time for the company to give locals a bitter taste of life without the 81 — or, as I predict it will be called one day, the Robert C. Congel/Cheesecake Factory Expressway.

Again, we need to be searching for heavily redacted emails, which in this case would be expected to read more or less like this:

Dear New York State Commissioner (REDACTED) (REDACTED), Nice job shutting down the 81. We really put the fear of God in this place. One request: Next time, can we do both directions at the same time? That will really (REDACTED) everybody up. Check’s in the mail. 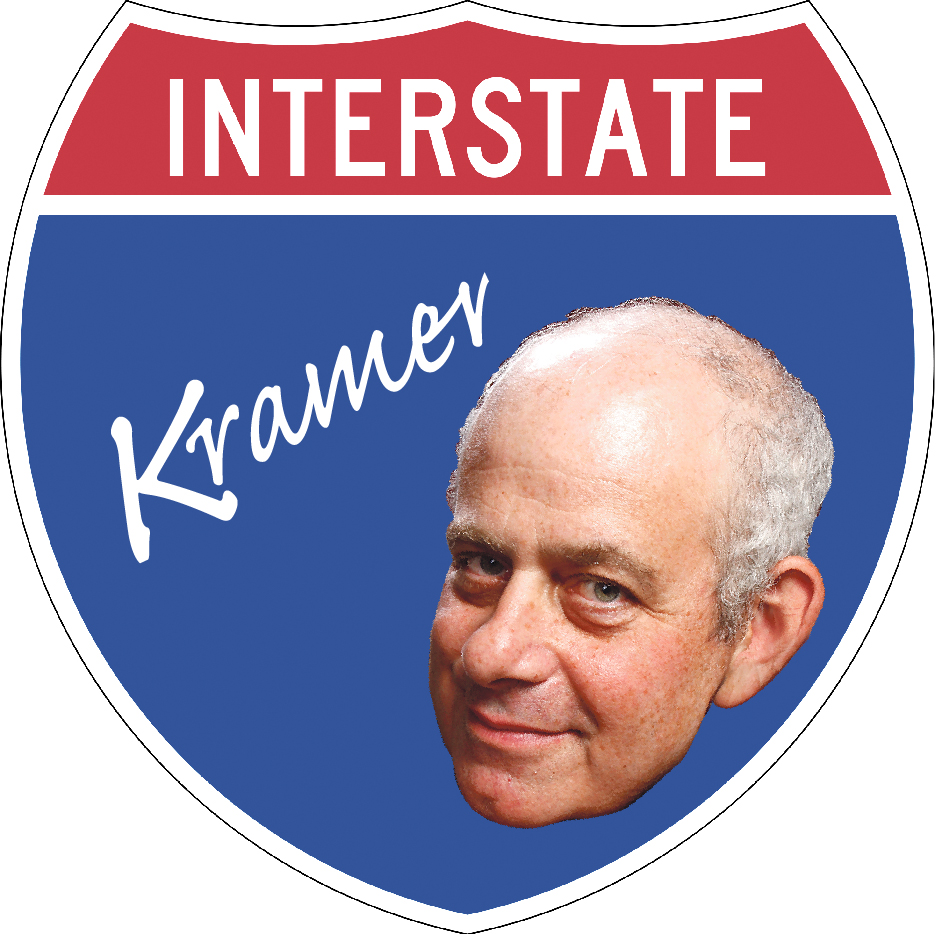 Project 3: The summer of 2013 brought many road “improvement” projects to Central New York, none more perplexing than “BumpGate.” Motorists began complaining that long stretches of the 690 and 481 were bumpier than usual, with bumps sometimes occurring in rapid succession, and sometimes seemingly out of nowhere. The state Department of Transportation’s official line was that a summer-long patching project consisting of 1,074 patches and affecting three major freeways — including 14 miles of the I-690 between Syracuse and Baldwinsville — was necessary before new asphalt could be put down.

Let’s take a look at what was going on politically at the time. In June, a study by Luminosity appeared, ranking Ithaca the smartest city in America. That was a painful if not unexpected blow to Syracuse, but what really must have galled civic leaders here is that we ranked a dismal 124th, behind even woebegone Binghamton (81st place) and our arch-rival, Rochester (89th place).

You can see how there would be huge pressure on local officials to close the brain gap with nearby cities. Not to worry, though. Upstate Medical University had just unveiled its new $71 million Neuroscience Research Building. You see where I’m going here.

Obviously, there’s a lot of grant money and tax dollars that suddenly become available whenever you start tossing out the word “brain.” And let’s remember who was at the helm at Upstate Medical last year: David R. Smith, who left in disgrace amid allegations of accepting hundreds of thousands of dollars in unauthorized compensation.

I’m still not sure exactly how this all fits together. . .   actually, I am deeply confused. But this is the type of heavily redacted email exchange we would expect our commission to find:

(REDACTED) R. (REDACTED): We’re running low on brain research subjects this week. Can you put some more bumps in the road out by B’ville?

(REDACTED) R. (REDACTED): You’ll get taken care of as soon as I get my bumps.

That’s all we have time for today. If you have information about a local highway project that looks suspicious, don’t tell me about it. I have a really short attention span. Even the Neuroscience Research Building can’t help me. Instead, contact: