The Hammond B3 organ is one of the most distinct and powerful instruments in popular music. It’s also one that is widely overlooked, however, and rarely played given its massive size and weight. But for the last decade, B3 maestro Gerry Testa has put together a local day of celebration for the big instrument with the even bigger sound: Hammond Jammin’.

The idea for Hammond Jammin’ came from a pure desire to have the organ heard. “There are lots of guitar shows and harmonica blow-offs and stuff,” Testa says. “But keys players don’t get a lot of recognition and I just wanted to do something a little different.”

Testa has played in and around the area for 45 years, making music with groups including Hard Copy, Exposure and Dr. Mojo. Being part of the scene has also exposed him to other great players he’s featured at Hammond Jammin’ over the years. He notes that Davis has performed in all 10 editions and Cox has participated in at least five. “Jimmy {Cox} is kind of like the godfather of B3 around town,” Testa says. 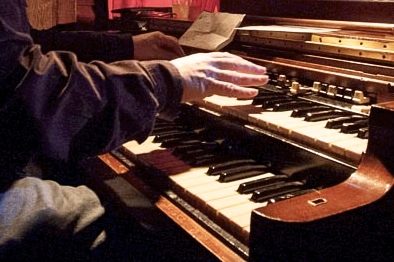 The event features different B3 players and bands of their choosing. Cox’s lineup is especially unique, as all but one member of the band are within his family. Cox is slated to gig with his son, guitarist Mike; his daughter, vocalist Ashley; his son-in-law, guitarist Shawn Sullivan; drummer Frank Neubert; and possibly Chloe, Cox’s vocalist granddaughter.

“My dad insisted, ‘I want my family to play with me,’” says Ashley Cox, who has her own band, Professional Victims. “My dad is so gracious; he lets us all pick a song and we rework them for organ. It makes for an eclectic set.”

The group has done everything from Talking Heads to Tom Petty to Florence and the Machine in the few years they’ve participated together. “It’s such a great feeling, it’s hard to believe sometimes,” he says. “We have such a blast rehearsing. It’s a real pleasure to play with my kids and it’s nice for me to get to play a B3 once a year.”

Cox is still active in the scene, playing weekly with various musicians, including his daughter. “I’m having a blast and I feel lucky to still be playing with a lot of great musicians,” he says. “It’s diverse, everyone from John Rohde to Maria DeSantis.”

Ashley Cox beams with even more pride to join her father on stage. “My dad has been featured since the 1960s and 1970s in bands,” she says. “And my whole family comes out for this {Hammond Jammin’}. My 93-year-old grandma will be right there in the front row with friends and family saving a spot.”

Testa is happy that his event has not only survived the test of time, but grown into one almost that might be too big for its home base at the Dinosaur. “It’s a great match, although it’s almost too small now,” he says about the consistently packed event.

Testa also enjoys being surprised by the acts. “I tell them, ‘It’s your show. Bring who you want, do what you want,’” he says. “It’s always fun and always turns into a big party. And for the most part, I find out what they’re playing when they play it. I never know what they’ll do.”

He notes that he was especially blown away by one of the Cox family’s choices. “One year Jimmy and Ashley played a Beyonce song and it blew me away,” he says. “They played ‘Halo’ and it sounded so good. It’s not a Hammond song, but the way they did it was awesome. The vocals were right on. That was a great Hammond moment for me.”