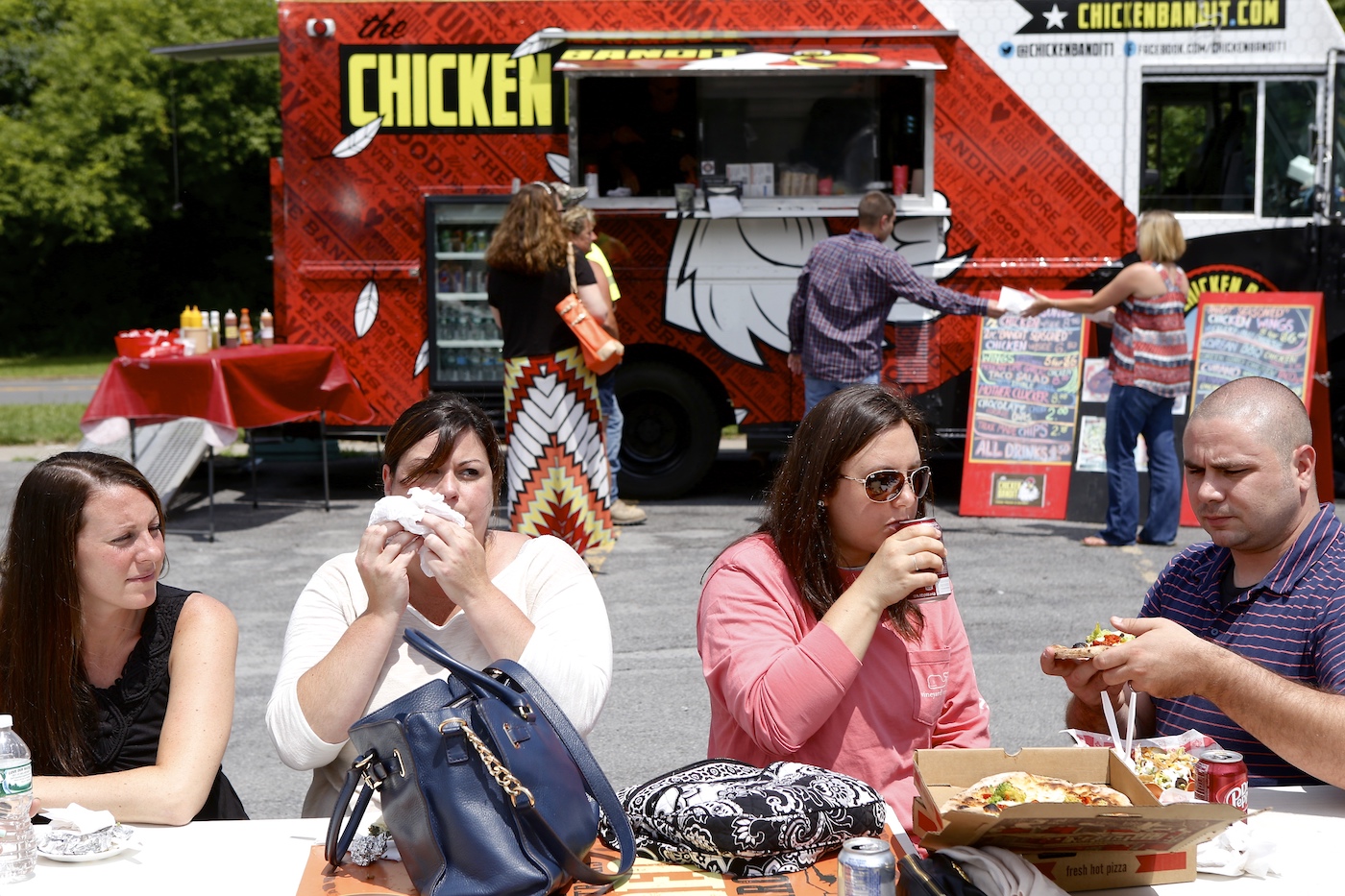 Spring is here. Birds are singing, flowers are blooming and food trucks are popping up in and around Syracuse. A large gathering of trucks from the region will roll into the New York State Fairgrounds in Geddes on Saturday, May 13, for the second annual Syracuse Food Truck & Craft Beer Festival.

The event, scheduled for noon to 6 p.m., is hosted by Food Truck Festivals of America. Advance sale tickets are $5, or $10 at the gate. VIP tickets ($20 advance; $25 at the gate) give ticketholders access to the food trucks from 11 a.m. to noon, before the event officially starts.

Janet Prensky, a partner and public relations specialist with Aigner/Prensky Marketing Group, said in an email that more than 8,000 people attended the first Syracuse Food Truck & Craft Beer Festival at the fairgrounds last year, and that about 35 food trucks are taking part this year. Most are from the Syracuse-Central New York region, Rochester and the Finger Lakes.

Organizers have moved the Syracuse Food Truck and Craft Beer Festival to Sunday — Mother’s Day — because of rainy weather conditions forecast for Saturday. Admission at the gate will be half price for moms, or $5.
Rain is in the forecast for Sunday, as well, so bring your umbrella. The fest runs from noon to 6 p.m. at the New York State Fairgrounds in Geddes.

If it’s Tuesday, Wednesday or Thursday, you can count on a food truck roundup somewhere in Central New York. Members of the Syracuse Food Truck Association (SFTA) have several standing events/locations on the calendar this season.

On Tuesdays, a rotating selection of members of the SFTA will gather at Skyway Park, 5950 E. Taft Road, North Syracuse, from 11 a.m. to 2 p.m. Trucks present on May 9 included Mo’s Pit Barbecue, the Salt City Food Truck and Via Napoli Express.

And on Thursdays, 4 to 8 p.m., come thirsty and hungry to Willow Rock Brewing Company starting May 18. The opening lineup includes PB&J’s Lunch Box, Toss ’n’ Fire Wood-Fired Pizza and That’s What’s Up. Willow Rock is at 115 Game Road, off Ainsley Drive, in Syracuse.

For more information on the Syracuse Food Truck Association and its upcoming events, visit facebook.com/syracusefoodtruckassociation.