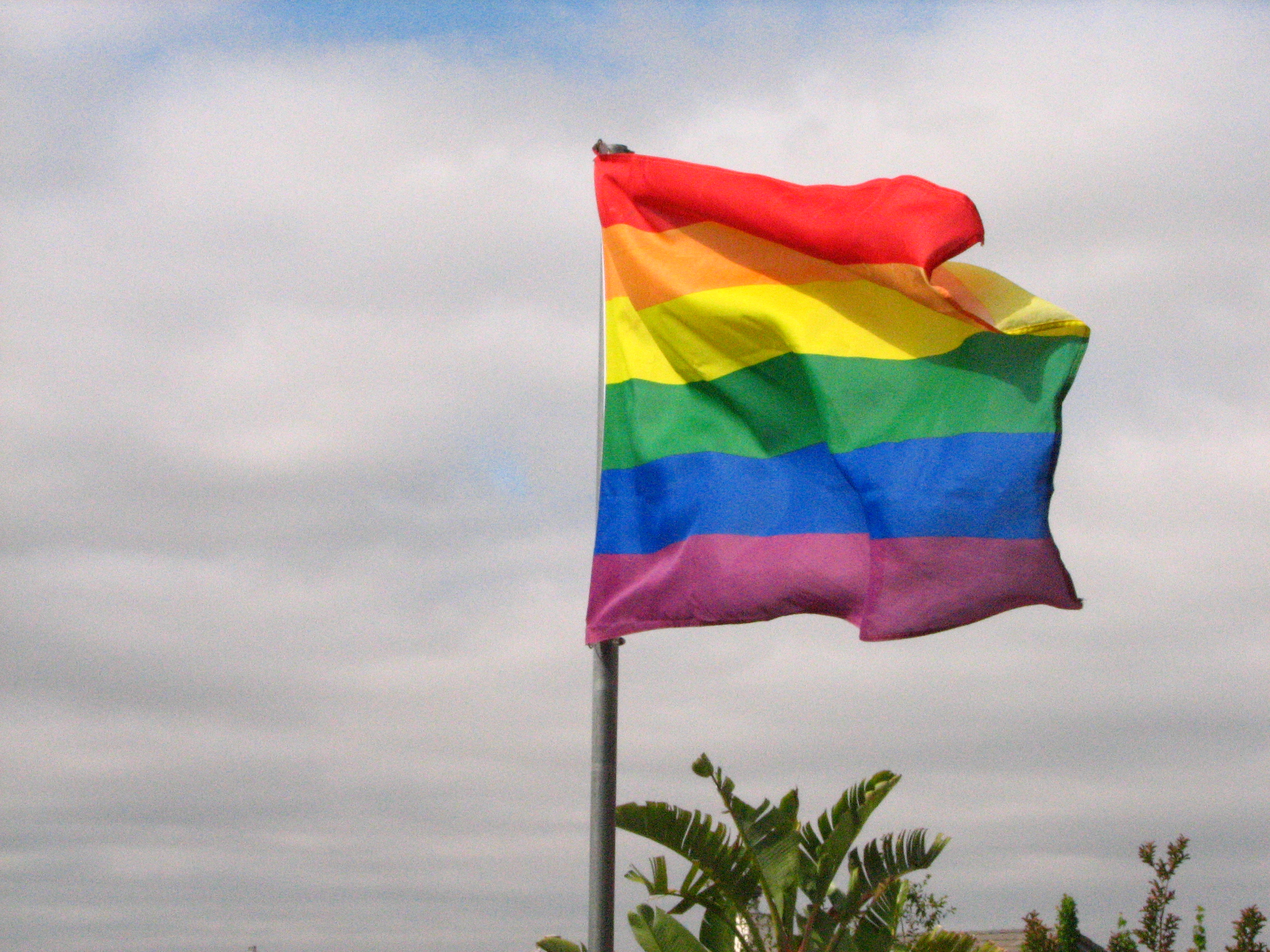 “Gay Writes” is a blog that gives voice to the LGBTQ community throughout Central New York. Would you like to submit a piece for “Gay Writes?” Email your thoughts: CLICK HERE

June is often a busy time.

At graduations, we look forward to futures we hope will be bright and promising. Father’s Day gives many of us a chance to enjoy family time together and to say a much deserved “thank you.” Gay Pride celebrations look back at courage in the struggle for recognition and dignity as citizens, and are usually a really good party, too. People still stop to commemorate June 6, 1944; when American, Canadian and British troops rang Fascism’s death knell in Normandy. High School students hopefully breathe a sigh of relief when the final report card of the year comes home.

But this year, June is also different. These usual milestones continue as they do in other years. Millions of us have our eyes turned nervously to the United States Supreme Court, waiting for the moment when the nine Justices speak on Obergefell v. Hodges. That’s the title given to several legal cases that together maintain that the right to marry is a fundamental one. These cases look to end situations where things are one way in Maine and another way in Kentucky.

While we wait, we quietly ask ourselves “What if they say no?” 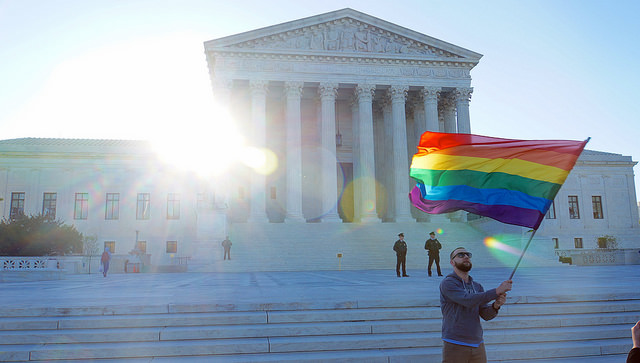 It is not like we will all disappear. I suspect no one will retreat with their proverbial tail between their legs. I take comfort knowing lesbians and gay men now in their 60s and older, who have been on the front lines since Stonewall, they have succeeded in changing most of the hearts and minds in our society. Those of us who are younger have joined this fight as the years have progressed. Now we will see if it is our time to be full citizens, or if, like African Americans, women and a host of other originally forgotten Americans before us, our dream will be deferred until a future day.

The motto above the Supreme Court entrance carved in marble says “EQUAL JUSTICE UNDER LAW.” It is especially prescient that when those doors opened in 1967, and the aptly titled Loving v. Virginia decision was announced; it threw out all laws preventing persons of different racial backgrounds from marrying. Also in 1967, future President Barack Obama was a 6-year-old boy, created in just one of those relationships.

“The arc of history bends towards justice”, as the Rev. Dr. Martin Luther King taught us.

Despite the support that so many of us have experienced, the negative effect of this case on some members of the LGBT community is intense. Most importantly, children have been exposed to vile, scurrilous words about the kinds of families they are raised by and thriving in.  A lawyer from Michigan actually argued in court that persons who can’t biologically create their own children have marriages of less purpose. Ask your widowed Aunt Jane, who at age 73 recently married a guy she was sweet on years ago, about that. 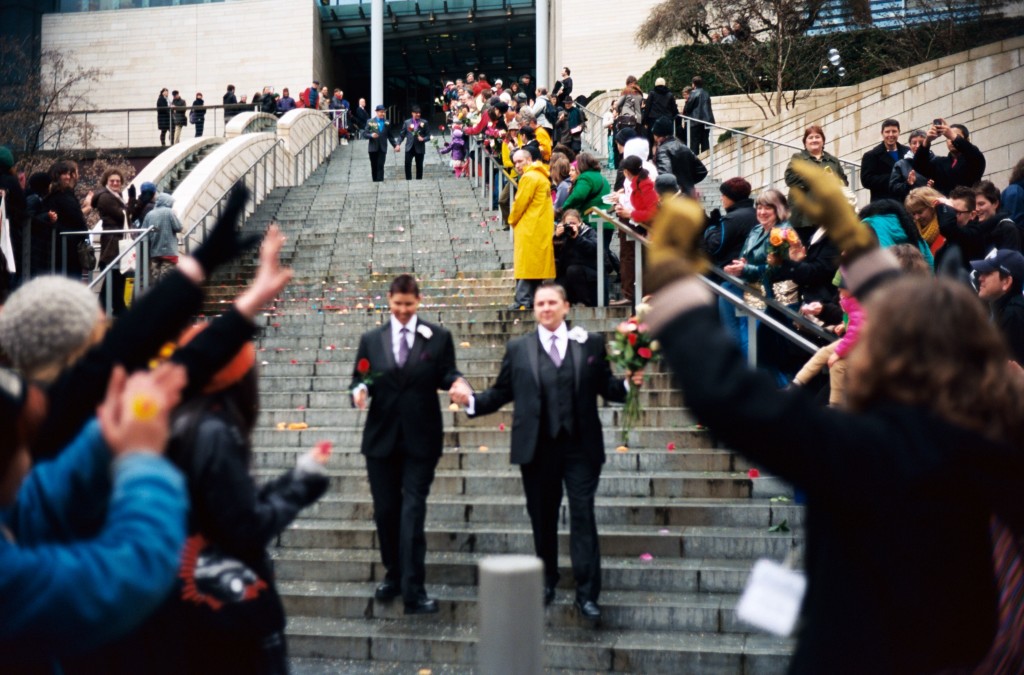 Advocates of blatant legal homophobia may sense (but will never admit) this could be their last big hurrah, and so they have pulled out the stops. If you have cable TV, you can find daily (hourly?) screeds on the 700 Club, EWTN, and other media when Pat Robertson, Ramon Arroyo and their fellow travelers speak on this subject. Almost inevitably, they reveal the legendary “secret gay agenda,” which often includes our lustful desires for our pets, especially dogs.

It’s just incredible, the closest thing you can liken to it is that horrible old blood libel thrown at Jewish people and their supposed hunger for Christian babies. These are lies and they are poison.

Sometimes, freedom of speech yields poison. But when these voices can be silenced, we could all be the next ones to be muzzled. If you don’t believe me, look up Pastor Martin Niemöller’s poem “First they came…”. 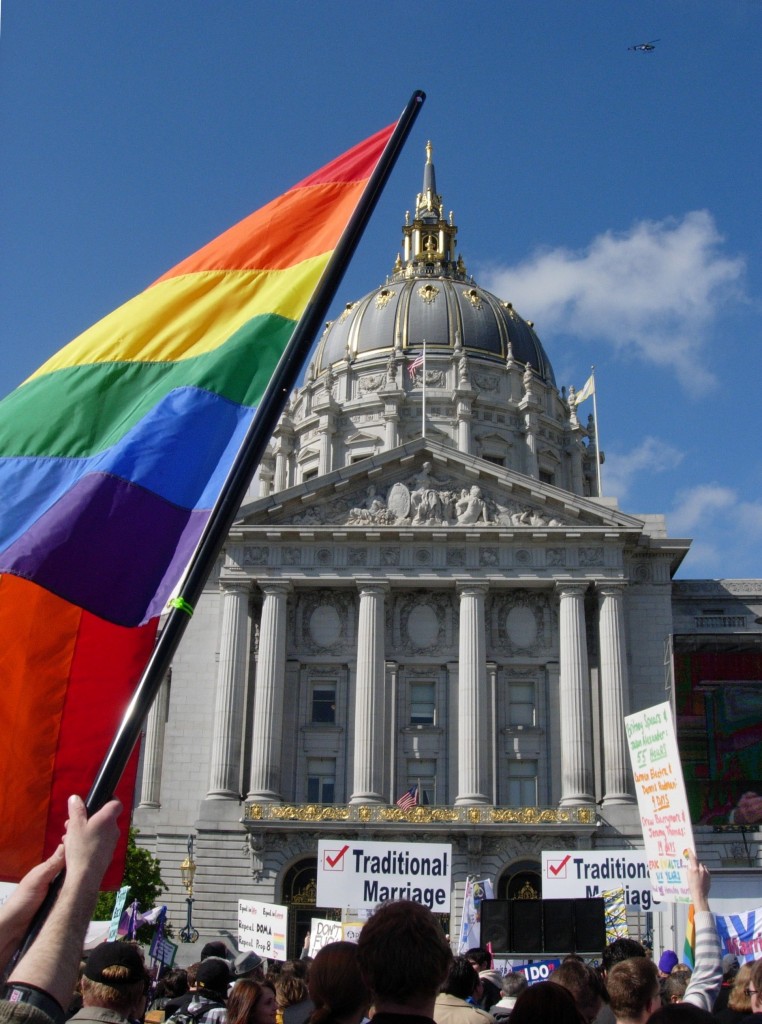 We have put up one hell of a tough fight in as many forums as we can think of, and taken the often nasty hits from our opponents now so that other generations will never have to. We see beyond our times to days when the idea of any rational person objecting to two men or two women in love will be as shameful and foreign to us as a drinking fountain labeled “whites only”.
A sense of realism leads me to say if the Court does not side with marriage equality, then it will sting. No, it will hurt. It will hurt a lot. But we will continue as a stronger community. We don’t necessarily need a civil authority to tell us we are normal, fully functional people who hope to form or keep healthy relationships because we already know this in our bones. In the not too distant future, this case will be argued again and justice will then prevail.

Hopefully the day after the Court speaks, there will be a different future from what I just wrote and we will turn another historic page in this great country.

Meanwhile, here is a thought from the comedian and actress Wanda Sykes, who recently said “When my wife and I leave California, I want to have our marriage recognized in Nevada, Arizona, all the way to New York. How can you stop people from loving each other? How can you get upset about loving?”

Amen to that, Wanda.

Authentic Italian Hummus Recipe
Summertime in the Square
To Top