Big and new are the themes

Founder and producer Frank Malfitano knows how to throw a Jazz Fest,  especially after more than 30 years of putting the event on and hosting acts including Ray Charles, Dizzy Gillespie and Aretha Franklin.

This year, he’ll add to that impressive list with one of the hottest acts on the circuit, Trombone Shorty & Orleans Avenue, and one of the greatest legends on the planet, B.B. King. 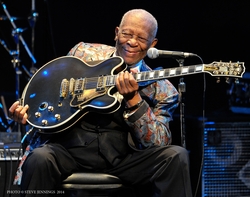 “He’s iconic,” Malfitano says of the King of the Blues. “He’s one of the top five household names and legendary entertainers. He’s B.B. King. You only have to say that once. Everybody knows who he is. It’s mega.”

The festival has moved both location and date: back at OCC on a new weekend intended to avoid graduation ceremonies and the Fourth of July holiday.

Igor Butman and B.B. King’s groups will feature 18 pieces each, Trombone Shorty and Big Bad Voodoo Daddy will feature 11 pieces and Doyle’s Guitar Noir will include 10.

“Lots of large ensembles on the stage this year,” Malfitano says. “Big and new are the themes.” 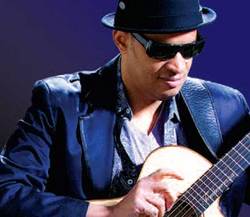 Big and new capture the headliners perfectly, as King is one of the biggest names in the music world and Shorty is bringing in the next generation of New Orleans. At 28, Shorty, brings new energy to NoLa tunes. Meanwhile, King, 88, keeps the tradition alive.

As for the annual sleeper act, Malfitano predicts Midon will be the show-stealer.