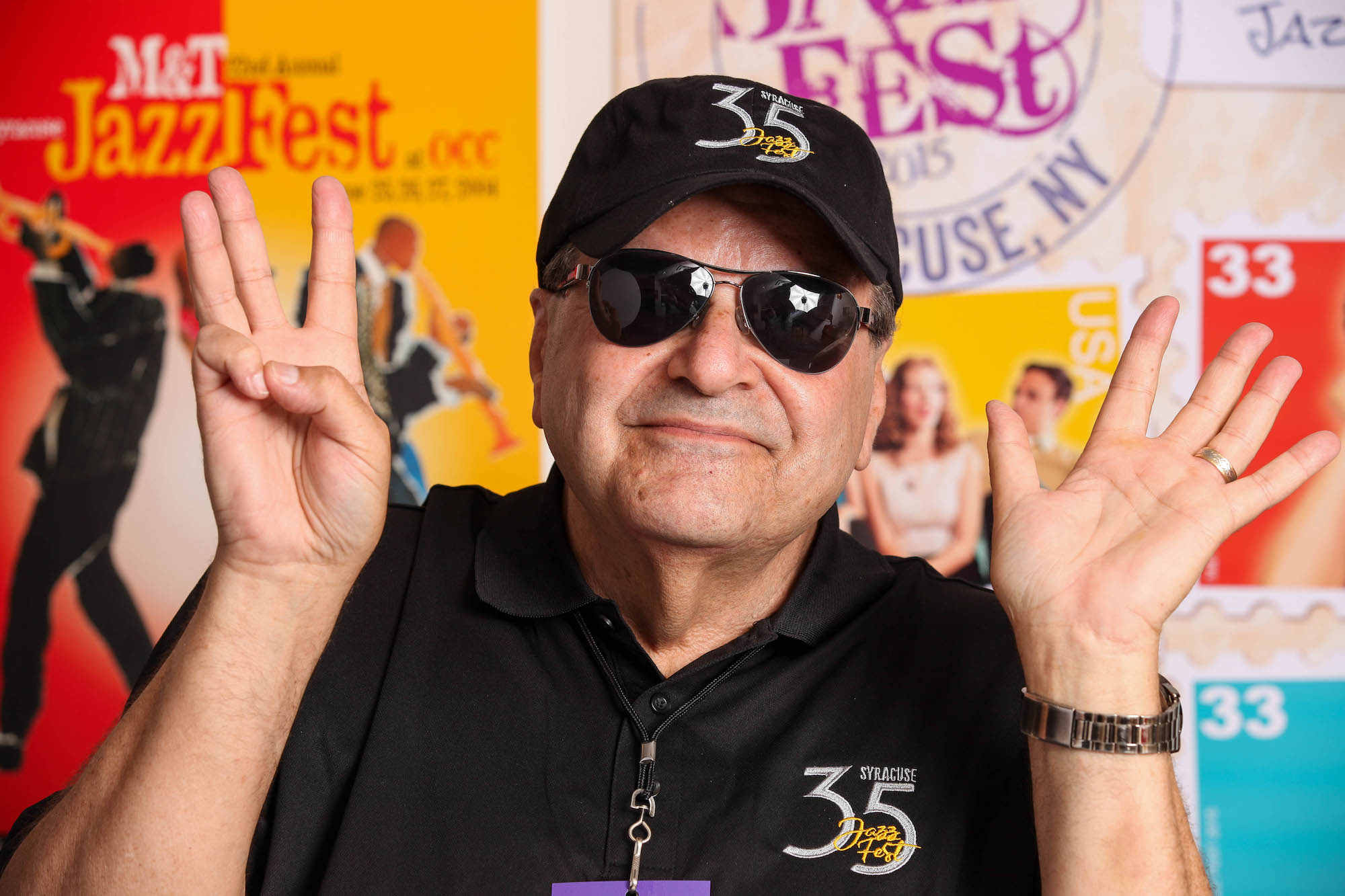 Frank Malfitano, founder and producer of the M&T Syracuse Jazz Fest, is extremely pleased with the many musical legends that have graced the festival’s stages for 35 years, the generations of audiences that have enjoyed the concerts and the sparkling reputation it has maintained as a safe and free event. It’s one of only 10 cities in the country to keep the tradition going so long, joining major markets such as Chicago, New Orleans, Detroit and Jacksonville.

“I am proud but mostly grateful to all the artists who have played the festival over the years,” Malfitano says. “It starts with the music: the people who make it and the people who dig it. It’s really, really special to me, but hopefully it’s as special to everyone as it is to me. I don’t do it for me. I do it for the community.”

To honor the milestone birthday, Jazz Fest is surrounded by several additional events that will complement the two-day outdoor festival held at the Onondaga Community College campus grounds on Friday, June 9, and Saturday, June 10. “I wanted to give something back to the fans to say thanks for supporting us for all these years,” Malfitano said.

The Onondaga Historical Association, 321 Montgomery St., is hosting the photo display All That Jazz through Oct. 3. The exhibit takes viewers through 35 years of photographs of performers such as B.B. King, Wynton Marsalis, Dizzy Gillespie, Aretha Franklin and many more. Several images by Syracuse New Times photographer Michael Davis are represented in the show. 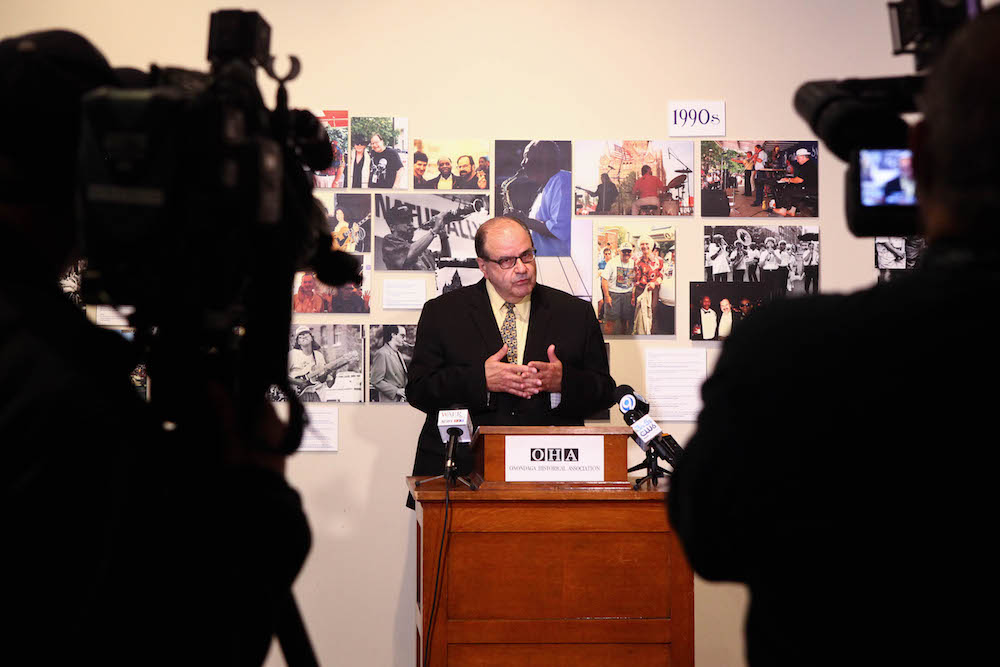 Frank Malfitano at the press conference for the opening of the Onondaga Historical Association exhibit All That Jazz. Michael Davis photo

The festival begins on Thursday, June 8, with the Miles Davis biography Miles Ahead, part of a three-day series of free film screenings at 4 p.m. at OCC’s Storer Auditorium that are co-presented by the Syracuse International Film Festival. Friday will feature the documentary Miss Sharon Jones while Saturday’s flick stars Steve Allen in the 1955 biopic The Benny Goodman Story.

The 35th edition of Jazz Fest is dedicated to Oscar L. Peterson Jr., the festival’s board president who died last October. Malfitano’s friendship with Peterson began in the mid-1980s when both collaborated on two Legends of Jazz series at the Mulroy Civic Center. “Oscar was my brother from another mother, and my best friend for the past three decades,” Malfitano recalled. “His spirit and ever-present smile will stay with me all of the remaining days of my life.” 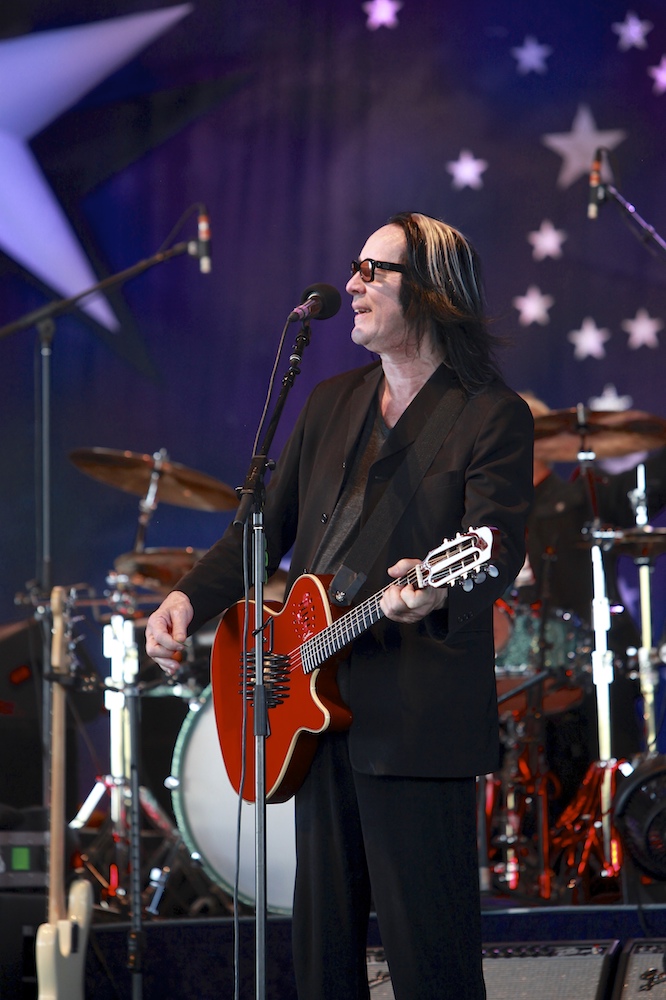 This year’s Jazz Fest presents Todd Rundgren and fan-favorites The Mavericks as headliners on separate nights, flanked by luminaries such as Ramsey Lewis and Asleep at the Wheel.

Malfitano first saw Rundgren in 1968 and immediately fell in love with the man’s talent as a multi-instrumentalist, singer and songwriter. Rundgren also had a hand in engineering and/or producing some of the biggest albums of the past 40 years. The Band’s Stage Fright (1970), Badfinger’s Straight Up (1971), the New York Dolls’ self-titled album (1973), Hall and Oates’ War Babies (1974) and Meat Loaf’s Bat Out of Hell (1977) are just some LPs on that list. He’s also been involved with acts spanning Grand Funk Railroad to Ringo Starr.

“He is singular,” Malfitano says. “You’d be hard-pressed to find someone equivalent to him. He’s a hit factory on feet, always experimenting, searching and growing. He’s a true artist and wizard.”

Although Rundgren isn’t traditional jazz, Malfitano respects his multifaceted background. “He has roots in everything,” he says. “A lot of what he does has jazz sensibilities, as well as rock and punk. He’s fluent in many musical languages.”

Malfitano previously booked Ramsey Lewis for a performance during the Legends of Jazz series presented by Malfitano at OCC’s Storer Auditorium. The collection of shows brought some of the biggest names in jazz to an intimate setting for the public to enjoy. Although that list of names included Ron Carter, Bela Fleck and Pat Metheny, “Ramsey Lewis leapt out,” Malfitano exclaims, which clinched Lewis’ return to the OCC campus.

Lewis, a triple Grammy Award-winner, helped redefine jazz standards. While for many years Cole Porter, George Gershwin, Irving Berlin and Tin Pan Alley songs dominated the landscape, Lewis helped shake it up by throwing Stevie Wonder and The Stylistics into the jazz mix.

“He redefined it all,” Malfitano says. “He gave it his own flavor and is a significant communicator of jazz.”

Now age 82, Lewis often performs in Europe, but not as much in the United States. Managing to bring him into the Syracuse Jazz Fest lineup was a major coup.

Every year Malfitano tries to keep a hand in the New Orleans jazz tradition, bringing bands like Preservation Hall, Syracuse Second Line and other brass-based groups to the Jazz Fest stage. This year, Rebirth Brass Band takes that slot.

“They’re the only brass band in New Orleans to win a Grammy, if you can believe that,” Malfitano says. He first saw the group years ago at a small club in Syracuse and became friends with the founding brothers, tuba-sousaphone player Philip Frazier and bass drummer Keith Frazier. They’ve since played the festival as well as the Legends of Jazz series, but it was time to bring them back to the big stage.

“They combine that traditional element with a more contemporary sound,” Malfitano explains. “They’ve got this dance, soul, hip-hop flavor, and they help us maintain a connection with Jazz Fest to New Orleans.”

Malfitano says true jazz at the festival can be found in Lewis and a real legend in Rundgren. But the best live band in the world takes the stage in the form of The Mavericks.

“They were so great last year and had such a great time, we had to bring them back,” he says. “I don’t like to repeat as there aren’t many slots on the festival, but they were so great, there was no way to deny it.”

Malfitano also predicts the show-stopping surprise of the festival will be found in a man from Lafayette, La.: Marc Broussard. “He’s one of the best soul singers alive,” Malfitano says without hesitation.

Broussard hit fairly big in 2004 and 2005 with the songs “Where You Are” and “Home,” but still remains far from a household name. Malfitano thinks that will change for anyone who attends his set at the festival. “I don’t think people are familiar with him,” he says. “But they will be.”

Asleep at the Wheel will also visit the festival, bringing their 10-time Grammy-winning act to the stage. With their hot Texas swing, Malfitano predicts audiences will be on their feet for this act.

More locally based acts include Canen, a 14-year-old girl from Ithaca who Malfitano says floored audiences at the Jazz Fest press conference in February. “She’s an astonishing young artist,” he says. 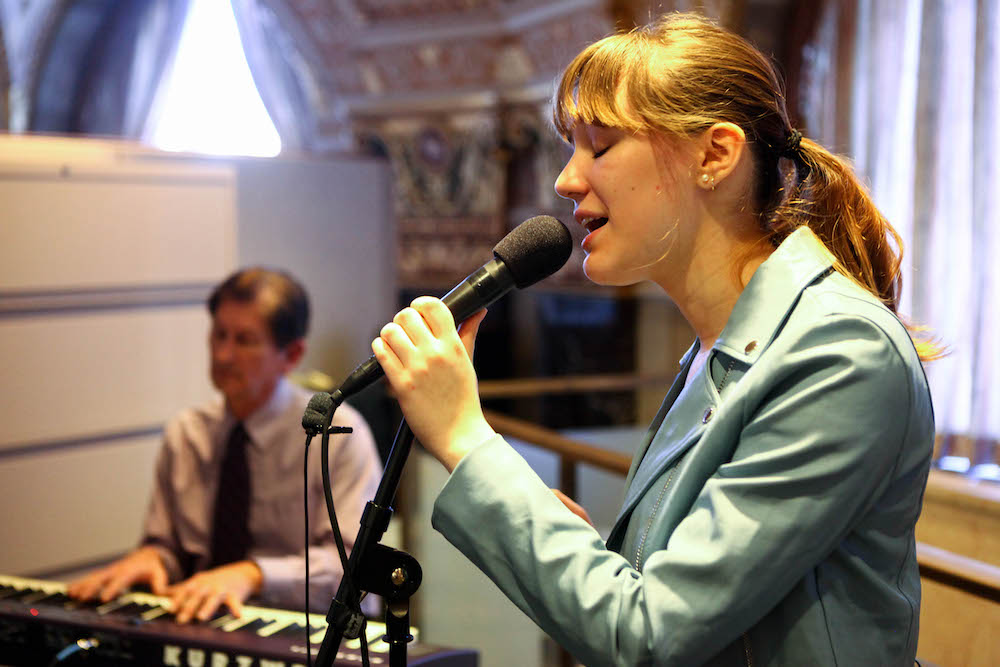 Nick DiMaria, UAD: Kings of the Fall and the Soft Spoken band will all also have a place on the Jazz Fest lineup. “I think the local music scene is really great right now,” Malfitano says. “It’s one of the reasons I started the festival 35 years ago: to provide a big showcase opportunity for local acts.”

On a more practical level, Malfitano has made moves to address concerns about safety by adding to the security team at Jazz Fest, while adhering to a new policy that forbids backpacks and coolers. He notes the festival has never had an altercation at the event in 35 years: “We’re very fortunate to have a great local police force. They’ve done a great job of keeping us safe.”

He also mentioned that the question of curbing political talk from the stage has been a common one. Are artists told to stay away from certain topics while they’re on the Jazz Fest stage?

“I have never told anyone what they can or can’t say or play,” Malfitano says firmly. “And I never will.”

After 35 years and an astounding resume of performers, Malfitano remains as excited as ever for the festival and hopeful that the legacy will continue to 40 or even 50 years. But he realizes that’s dependent on the community and the value sponsors see in the event.

“As long as the funding is there and continues, we will,” he says. “We’ve had some sponsors for 25 years: That’s amazing! But it seems like the idea of philanthropy hasn’t been passed down in many corporations. Continuing Jazz Fest is contingent on sponsors. You can’t force that. You can only put on a great festival and give people a great experience. Then you hope people will believe enough in it to give and support it.”

That challenge becomes greater every year, and Malfitano recognizes he’s not alone in that battle. Festivals like Coachella and Bonnaroo reported ticket sales were off 30 percent to 40 percent this year.

“People just don’t have money for it,” Malfitano says. However, one of Jazz Fest’s greatest strengths is the free admission, which eliminates that barrier to entry.

Malfitano believes that despite money challenges, politics and other obstacles that jump in front of all kinds of arts organizations, it’s times like this right now where we all need the arts most.

“Music is more important than it’s ever been,” he says. “Festivals like this, with a perfect record of no incidents, where the entire community shows up, it’s a great thing. It’s a healing, positive force in the community. Every community has its challenges, but those challenges don’t spill into the festival and I think that says a lot about the community. I’m very proud of that.”

For more information, check out the 2017 M&T Syracuse Jazz Fest program in this issue of the Syracuse New Times.