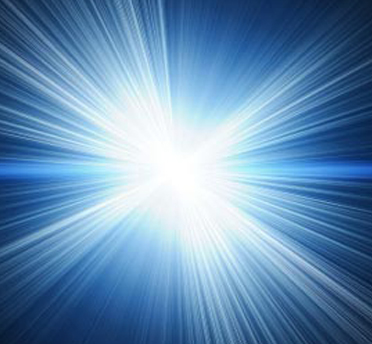 “The object was white, luminous and bright, but not shiny”

It had been a warm Tuesday for the middle of September in Lockport, Niagara County. It was about twilight, Sharon, age nine, and her sister Janet, age seven, were riding in the family car with their parents on their way to the local Tastee Freeze for an ice cream cone.

Suddenly out of the corner of her eye Sharon observed an unusual bright UFO descending vertically in the western sky. Just before the object could have reached the horizon Sharon saw a bright flash and in that flash the object instantly and rapidly began accelerating upward. Sharon immediately swapped places with her sister to get a better look at this bright object. By this time with all the excitement in the car, her dad was pulling off the road so the whole family could take a look.

Sharon says that the object was circular in shape. From their vantage point the thing was about the size of a pencil eraser if held at arm’s length by a child. “The object was white, luminous and bright, but not shiny,” Sharon said, “a glowing white like a fluorescent light bulb.” 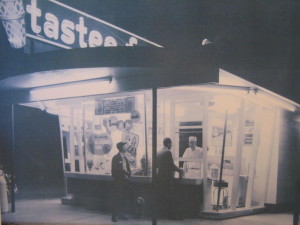 As the family gazed upon the object, comments were made that it had no smoke or vapor trails like an aircraft. It was noted that the object was very clearly distinct and was not fuzzy.

While the family was pulled off the road Sharon’s parent and sister became aware of two additional objects of identical appearance that appeared with a brilliant flash. Now there were three of them silently flying in the sky at a leisurely speed in odd random directions. Sometimes they appeared stationary, at other times they appeared to be darting around.

After about ten minutes the family witnessed a half dozen military jets roaring into the area. Sharon’s dad thought the jets might have come from the Air National Guard base in Niagara Falls.

Then one of the jets began to move southward toward one of the objects. As soon as the jet turned toward the disk like object, the disk pulled away at such a great speed that it made the jet look like it was standing still. Soon afterwards the jets seemed to lose track of the three objects and left the area.

The family got back into the car and Dad drove over the back roads, trying in vain to follow the three disks as they moved unhurriedly southward. Then without warning the three bright visitors started upward high into the sky until they vanished. She says that her family watched this amazing spectacle for nearly an hour.

Sharon as an adult says that the bright flash was similar in brilliance to that of burning magnesium flare.  Several days later Sharon’s father submitted a written report about the sighting to the National Investigations Committee on Aerial Phenomena (NICAP).

This is just one of the amazing sighting stories reported from New York’s Niagara County.

Let’s examine some other UFO sightings from the Niagara County area:

15 May 2012, at about 10 a.m. a motorist driving from Lockport to Niagara Falls saw a bright object in the clear blue sky. He tells us that it was perhaps a mile away and at about a thousand feet in altitude. He described the object as follows, “completely white cylinder with no visible lights windows or propellant devices.” The sighting lasted about 5 minutes before the object just vanished.

16 May 2012, at about 1:30 a.m. a Niagara Falls resident was outside for a smoke and witnessed, “dark/shadowy red rectangular object” moving from west to east, silently and with no running lights of any kind. He tells us that the object was huge, “the size of a football field.”

4 July 2012, at about 11 p.m. a resident in the Lockport area was letting his dog out before retiring for the night. He looked up into the sky and saw a huge round yet irregularly shaped orange object following what appeared at first to be a satellite. He discounted that it was a Chinese lantern because the object was moving at high speed. “After approximately 30 seconds both objects disappeared suddenly and completely.”

2 August 2012, at about 9 p.m. two Niagara Falls residents were outside waiting for their martial arts instructor when they both saw what they thought at first was a shooting star. Upon a closer look they realized that it was a bright orange fireball like object coming from the south. It flew right over them and within a minute or so another followed on the same flight path. In all they witnessed four of these orange fireball objects silently flying over them at a relatively low altitude.

27 August 2012, at about midnight, three adult members of a Buffalo family were driving home from Waterport and saw an unusually bright light in the sky. The more they looked at the object the more they realized it wasn’t an airliner. When the object flew over them and they were able to get a good look at it they still were unable to determine what exactly it was.

10 September 2012, at about 10:30 p.m. another pair of Niagara Falls residents witnessed a bright object streak across the sky followed by another about 10 seconds later. They report that both objects were silent and seemed faster than most jets they’ve seen.

28 September 2013, at about 8 p.m. two Cambria residents witnessed six bright reddish-orange objects flying a formation. The six objects formed an equilateral triangle shape formation before mingling with a seventh object. The formation moved slowly, finally descending in a loose formation below the tree line about a mile away from the witnesses. After about three minutes several of the objects rose back into the sky and headed west. Then a few minutes later the rest rose up and hovered in place for about 30 seconds before just fading out.
If you have a UFO sighting to report, you can use either one of the two national database services: www.NUFORC.ORG  or  www.MUFON.COM  Both services respect confidentiality. 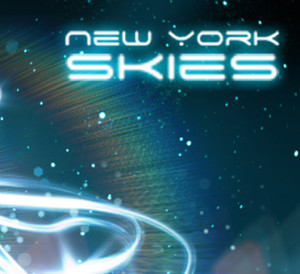 Points of Reference
What is a Young Professional?
To Top