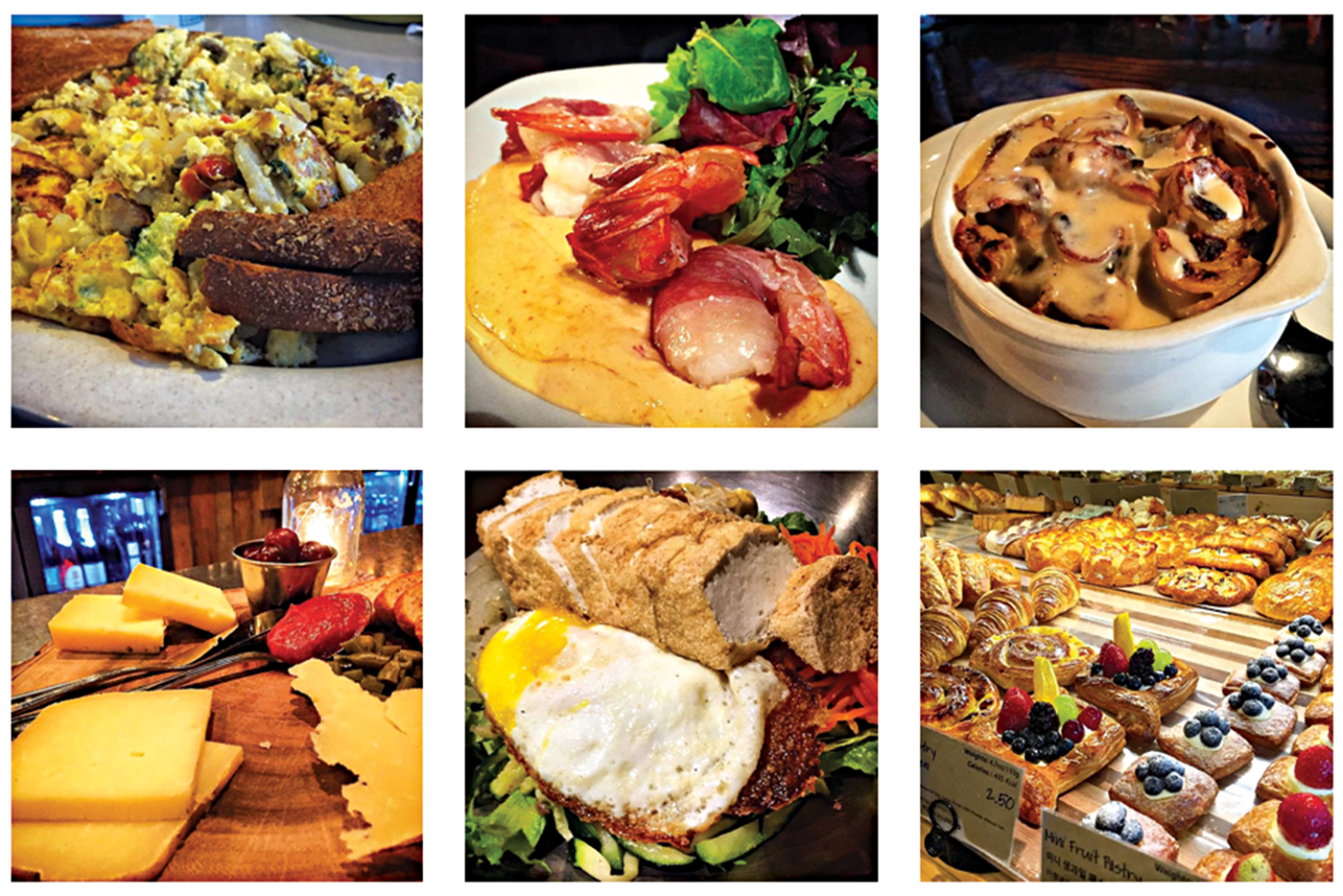 Do you love to dine out? Do you Instagram photos of the artistically embellished latte you’re about to drink? The colorful cocktail calling out to you? The elegant restaurant entrée in front of you?

Need some inspiration? Feed Me ’Cuse (@feedmecuse) is an Instagram account created by two friends, one a vegetarian and one a carnivore, who teamed up to “hit the best eats of the Salt City for your viewing pleasure.” Their first post, in May, was of the lamb schwarma at Byblos Bar and Grille in downtown Syracuse.

The carnivore half of the pair has relocated, leaving the vegetarian to maintain the account on her own. (She eats some fish and seafood and includes photos of dishes containing meat.) She is a 20-something who attended the S.I. Newhouse School of Public Communications at Syracuse University, moved on for a couple years and returned to Central New York last spring to start a new job. She recently visited Stella’s Diner, Tous les Jours, a new Korean-French bakery on Erie Boulevard, and stopped by Secret Garden, for some bibimbap (a Korean rice and vegetable dish garnished with a fried egg).

She’s comfortable with a smartphone camera, as well as a fork and knife. The photos are imaginative and hunger-inducing, and sometimes include “food-in-the-air” photos, like a cider doughnut held above a pile of pumpkins at Chuck Hafner’s in North Syracuse, and a frosted snowflake cookie from Patisserie in Skaneateles, with the lakefront gazebo in the background.

Photo captions are catchy and entertaining, with lots of #hashtags. Like “Let it brie,’’ with a cheese platter at Aster Pantry and Parlor. And “Our kind of meat and greet,’’ with a photo of a sandwich from Oswego Sub Shop.

She keeps the account anonymous, she says, so she and her dining companion(s) aren’t recognized by restaurant owners and staff. “It’s just something fun we started,’’ she says. “It gets you going to places you wouldn’t otherwise go.

“I want it to be a collection of Syracuse-centered restaurants. I want people to look at the pictures and say, ‘Where should I go for dinner tonight?'”

It appears to be catching on: Feed Me ’Cuse has almost 900 followers. Photos that have generated the most viewer response, so far, include a plate of chicken riggies at Strada Mia on the west side of Syracuse and the now-famous chicken tenders at Tully’s Good Times, with multiple locations throughout Central New York.

“Tully’s is the only ‘chain’ we’ve done. It’s all about supporting local businesses. People say, ‘Let’s go to Outback tonight’ or ‘Let’s go to Olive Garden.’ You can go to locally owned restaurants that offer the same thing. The goal is to encourage people to dine local and drink local.’’

The @feedmecuse creator tries to post a photo each day, and includes food humor memes on Mondays. She welcomes submissions and opportunities for re-posting food photos from fellow local Instagram users. Tag your posts with #feedmecuse or include the @feedmecuse tag in the caption.

Collaboration is key to the sustainability of Feed Me ’Cuse, its co-founder says. She is, after all, a 20-something professional on a limited budget. She posts a lot of photos of cocktails and appetizers, and simple pleasures, like a macaron and espresso drink from Cafe Kubal.

She has several favorite food destinations, including Modern Malt, Otro Cinco, Laci’s Tapas Bar and Francesca’s Cucina. Places on her wish list to visit include Creole Soul, Chorong House and Aloha Japanese Bento Express, among others.

She admits to not being much of a home chef. “I try to cook. It’s hard, cooking for one person. I like the idea of cooking. I definitely consider myself a foodie. I enjoy going out.”

There’s an App for That!

Have you downloaded the Salt City Eats app yet? Look for it in the iTunes app store.

Salt City Eats is a curated guide to food and drink in Central New York. The app is organized in four categories and updated regularly: restaurants, caffeine (coffee shops), bars and sweet tooth (bakeries, chocolate shops, ice cream). Scroll through the sections, check menus, find deals and discounts and get directions to businesses.