Herm Card, who will turn 68 in July, played and coached baseball at Syracuse University before becoming a respected baseball umpire for 48 years. Card, an Endicott native, has umpired thousands of baseball games. He taught English in the Marcellus School District for 32 years. He’s also a published poet, freelance writer, and photographer for the Syracuse Chiefs. Card resides in Syracuse with his wife, Dolores, and border collie, Molly.

How did you get started umpiring?
A friend of mine named Dave Adams was umpiring Little League in Endicott. He said, “You ought to do this. Where else are you going to make $6 for two hours of work?” At that point, $6 was good money, in 1966. So I got doing it, and then when I graduated (Syracuse University class of 1968), I transferred into the Syracuse association and it all went from there.

Umpiring isn’t exactly a glamorous job. What did you like about it to stay with it for 42 years?
I’ll tell you a story. In the mid-1980s, I was working a series with USA Baseball team. It so happened that three of us umpires were teachers. So I was in the locker room, and the guy from ESPN came down to talk with us. He said. “I don’t think I could do what you guys do. It’s too hard.” And I said. “Umpiring isn’t that hard.” He said, “No, umpiring is easy, teaching is hard.” That is a big part of the appeal of each. I’ve had the chance to apply my talents to jobs that can be difficult, and help make baseball games and students turn out the best way they could.

So that’s why you liked being an umpire?
That, and having a really good spot to watch games from.

Is your ability to reason with unreasonable people one of your strengths as an umpire?
Most coaches and players understand it’s not an adversarial circumstance. But not all coaches and players feel that way. Part of being a good umpire is being able to keep people in the game. To be able to defuse the situation, maybe not to everyone’s satisfaction, but so that it dissipates and ends. But there are certain words that are said and certain attitudes that make that impossible sometimes. 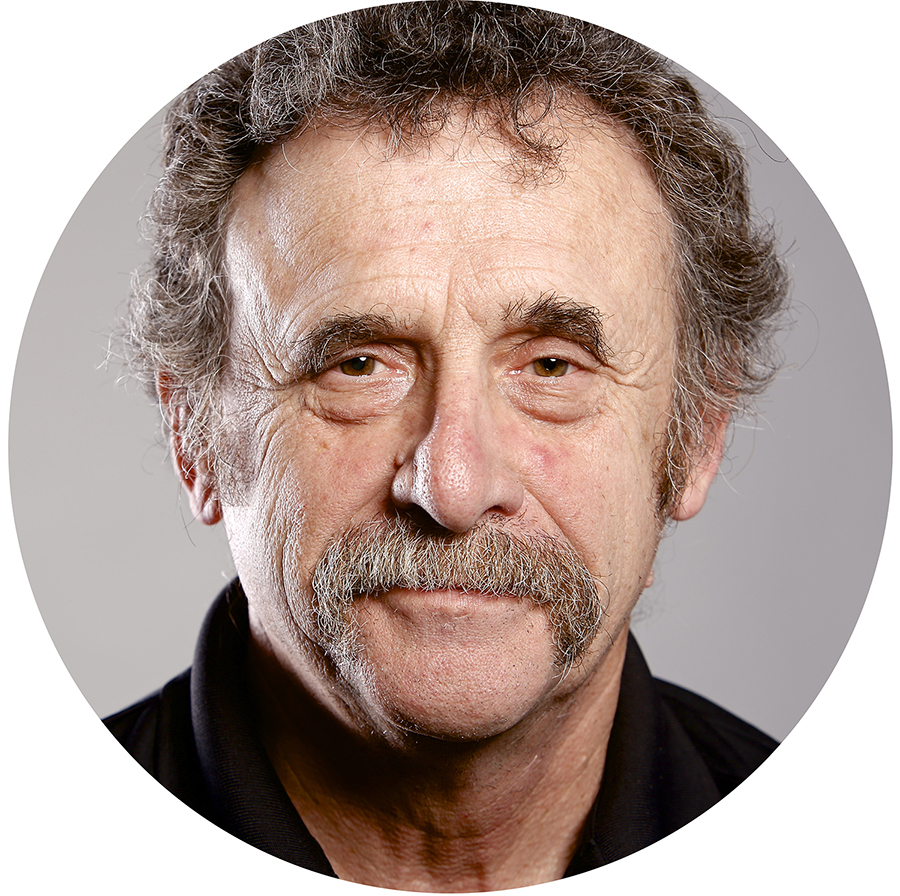 What’s the biggest game you’ve worked?
I’ve had assignments that were considered “big” games, including a couple of college Division II and Division III World Series, but that doesn’t make the game better. Some of the most exciting games I’ve ever worked were lower-level games. The game’s the game; the level doesn’t make it any better. I tell younger umpires that the biggest game you’re going to work is the one right at that moment. I guess that would make my biggest game the last one I worked.

You retired from umpiring in 2008. What made you walk away?
I got tired of having to tape both ankles and both knees and take pain pills. A part of it was just the plain old abuse of the body from sports. It started getting annoying. I’ve always said that I didn’t want people to say, “He used to be a pretty good umpire” when I was still doing it.

Who was the most influential person in your career?
Tony DeVivo, by far. Tony umpired when I was playing in college. The New York State Umpire of the Year award is named for him. When I started umpiring in Syracuse, for some reason, he and Fred Almonte understood I had some ability and a connection to the game. They encouraged that, and they would work with me.

You do so many different things – umpiring, writing, photography and such. Is there one specific thing you enjoy doing the most?
My wife and I travel. I enjoy traveling. I enjoy walking the dog. I enjoy variety. Sometimes that is just sitting on the couch watching the Yankees. I enjoy writing a poem. I enjoy taking a photo. It’s the moment. It’s about being in the moment.

With all the things you are involved in would you say you’re an entrepreneur?
I’m a generalist. Entrepreneur implies trying to make money and I’m not. I have no goal to make money. I have a goal to do worthwhile things. I try to be artistic and try to make sense of what I do and make people feel good about those things.

M.F. Piraino is a Syracuse-based free-lance writer. Email her with comments or story ideas at [email protected]. Follow her on Twitter @mfpiraino.