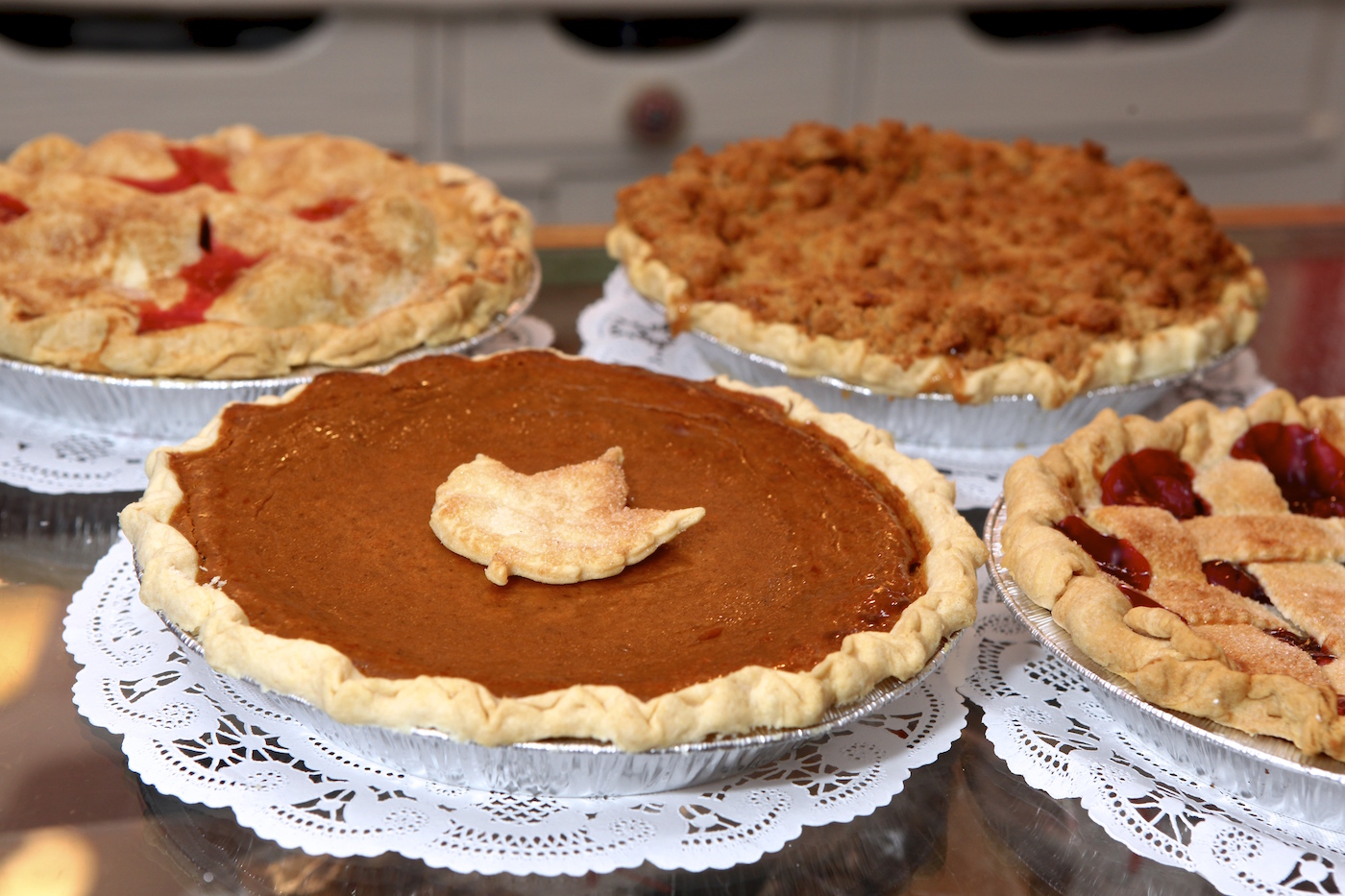 Being prepared is part of the pie recipe at Heart’n Hand Bakery.

It’s mid-October and you’re all about Halloween right now, not Thanksgiving. But it’s a good idea to think ahead. Advance planners have already ordered fresh, local turkeys and produce boxes.

And those who like to leave the baking to someone else have already called Donna and Jim Parr, at Heart’n Hand Bakery in Skaneateles. They took their first Thanksgiving pie orders in August.

“We take orders to about a week before (Thanksgiving) and we do try to make extras but we do have to limit orders because we can only make so much,’’ Donna Parr says. “Pies are pretty labor intensive.’’ 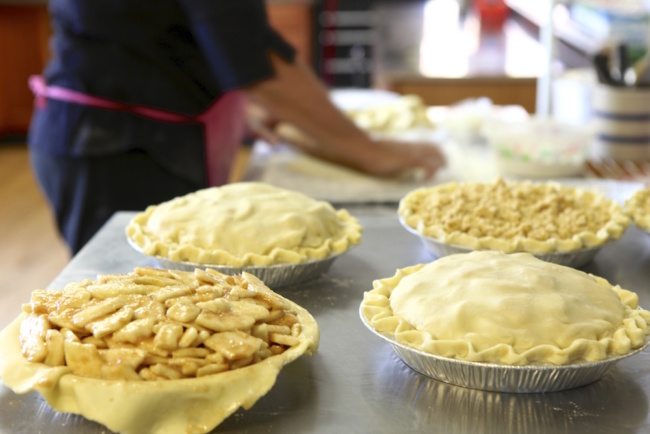 Heart’n Hand, a roadside bakery on Route 321, is where pies are a labor of love. The most popular pie at Thanksgiving, and all times of year, is classic, all-American, apple pie. The Parrs use a mix of apples, whatever is fresh and in season, from Apple Acres in LaFayette. Last week they were using Cortland, Pink Lady, Macintosh and Gala. Donna’s favorite pie apple, when they’re available, is the Northern Spy.

This Thanksgiving, based on previous years, Donna Parr estimates they will make upward of 500 pies. Of those, she says, about 200 will be pumpkin. The remainder: a mixed bag of apple, apple cranberry, pecan, pumpkin pecan, mixed berry, bumble berry, the occasional mincemeat and more.

Cream pies, including chocolate, banana and coconut cream, as well as Key lime pie, have become popular at Thanksgiving. Parr has been making quite a few grape pies this fall (talk about labor-intensive: the grapes are seeded) and normally has them at Thanksgiving. But this year’s drought resulted in a small Concord grape crop, so grape pies won’t be available for Thanksgiving this year.

Great pie starts with a great crust, and Donna makes crust with vegetable shortening and pastry flour. The pastry for the pies comes together in a large mixer and a machine presses the dough into the bottom of the pie pans. Top crusts are rolled out by hand. Operating at full throttle, the Parrs can bake more than 40 pies at a time.

Jim Parr is responsible for the savory pies that are available in the freezer case to “take and bake”: chicken, turkey, beef and vegetable pot pies. He also peels and dices all the apples for apple pies.

The Parrs have been doing this on their own for 16 years. This time of year, however, they call in some reinforcements. “Our sons help us out and we have a couple friends who chip in when they can,’’ Donna Parr says. “Otherwise it’s my husband and myself.”

What’s the best compliment Donna Parr has ever received about her pies? “I’ve had people ask for an all-crust pie just because they like the crust so much,” she says. “They say our pie tastes just like their mother or grandmother used to make.”

Marlene Parlow has sold her homemade pies, cakes, cookies, cupcakes and other goodies at the Cazenovia Farmers Market and other farmers markets in Central New York for many years. Now, for the first time, she has a storefront.

Parlow’s shop, Center Street Market, opened for business last week at 106 Center St., Canastota. It’s a small place, just 500 square feet, and gives Parlow a place to both bake and sell her baked goods. She previously was licensed to bake at home.

Center Street Market will open at 7:30 a.m. weekdays, serving coffee from Simple Roast Coffee Company and Peaks Coffee Company. Parlow plans to eventually open on Saturdays and says she will be at the shop weekdays until 2:30 p.m., or as long as she has baking to do.

If you can’t make it to Canastota, you can find Parlow’s pies at Henry’s Farm Stand, Chittenango, and the market at 20/East in Cazenovia. She plans to continue as a vendor at local farmers markets and says it’s not too early to place orders for holiday pies and other goodies. For more information or to place a special order, call 363-7184 or email [email protected].