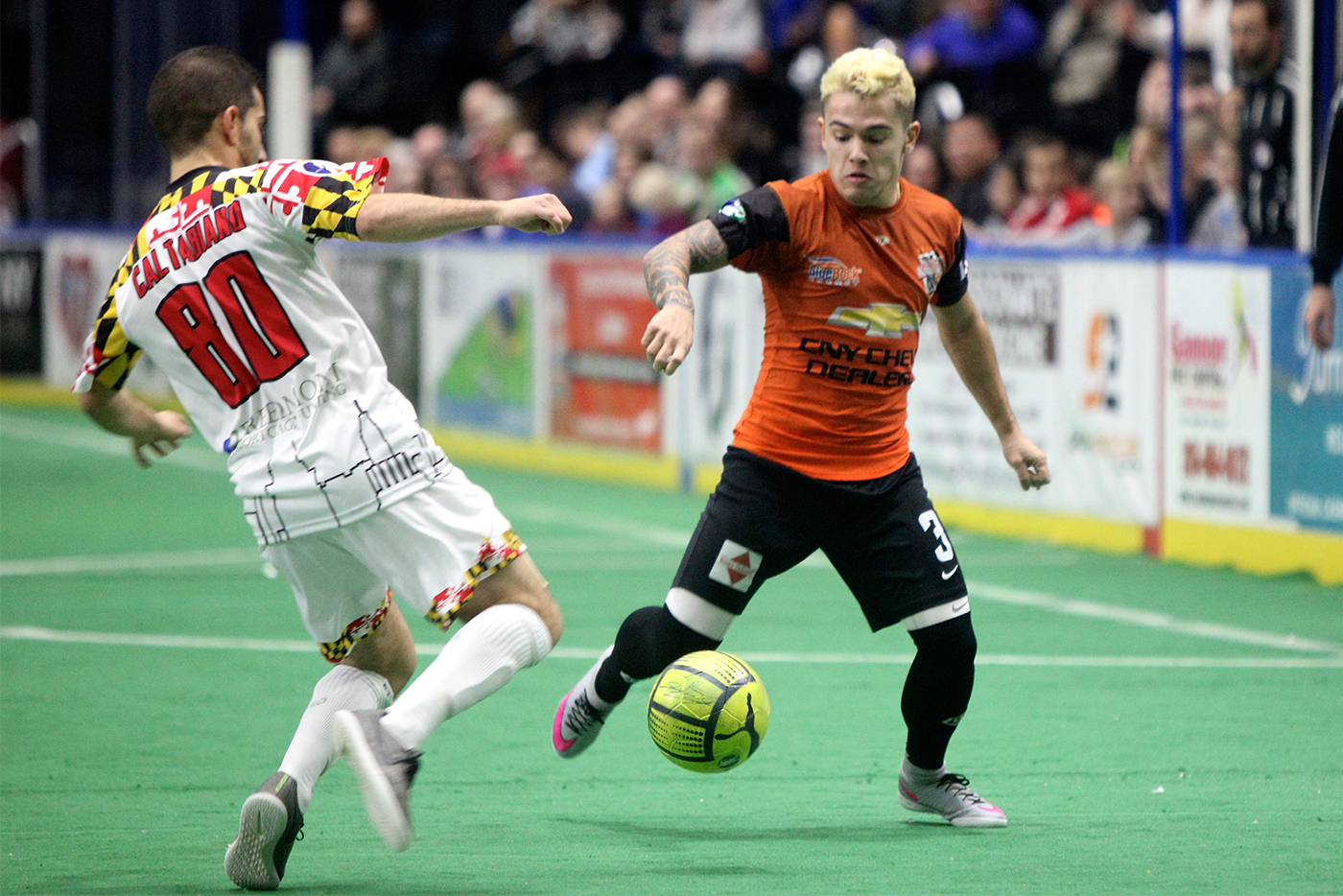 A championship season is the primary goal for the Syracuse Silver Knights soccer team.

A Syracuse Silver Knights indoor soccer game at the Onondaga County War Memorial Arena is not your run-of-the-mill sporting event. Before the game, during breaks in the action and between periods, there is always some form of entertainment going on that caters to families.

The first home game of this season, for example, featured a Star Wars Night promotion, where the first 1,000 kids received Blue Rock Energy-sponsored light swords. Fans were treated to a light sword duel in the middle of the field during one of the breaks, in addition to meeting members of the Mandalorian Mercs, a group of Star Wars enthusiasts that travels the country dressed in full costume. 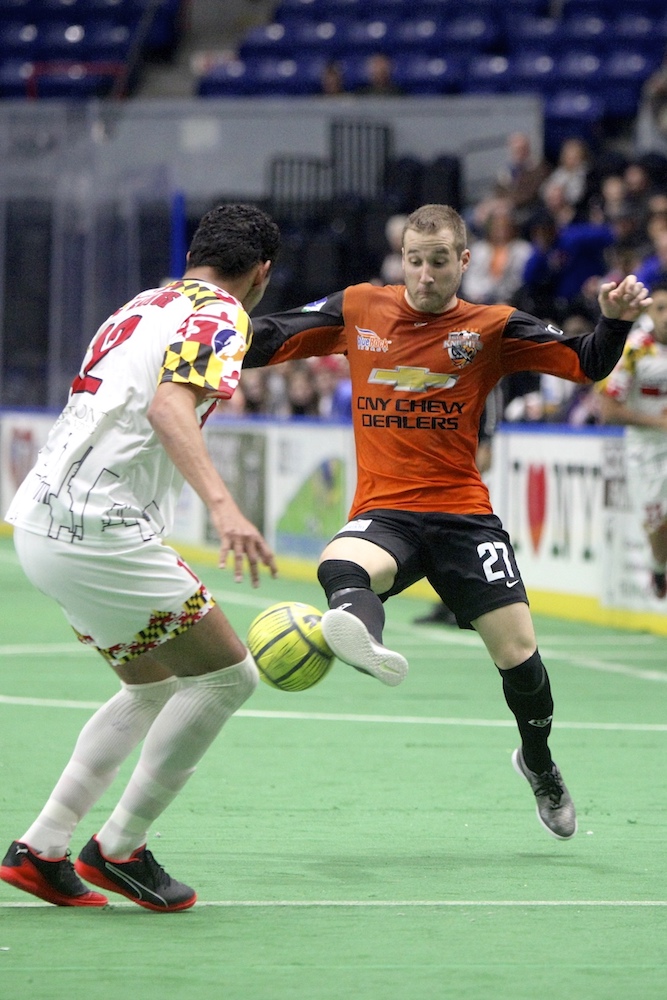 Mounting a promotion on this scale doesn’t happen by accident. Every home game has a dedicated script that players, team officials and even referees will follow, according to Allen LaVenture, Knights vice president of sales and marketing.

“It’s about 20 pages long. That’ll include all of the reads, all of the mentions and all the moving pieces,” LaVenture said. “Pretty much anything that happens in the arena on game day, I have a checklist that I’ll go through.”

A Silver Knights contest offers a high-energy, fast-paced version of soccer that is confined to the space of a hockey rink, making for action aplenty, fewer stoppages in play and more scoring. Add LaVenture’s brand of sideline entertainment and you get an evening of glitz and kicks that lured a crowd of more than 3,600 people on opening night.

LaVenture said it doesn’t matter if people are fans of soccer going into a Silver Knights game, because when the game is over, they’ll still have had a good time.

Turning the game into a spectacle is a business model that worked like gangbusters in the past for the Syracuse Crunch hockey team, where LaVenture worked from 1994 to 2001. He noted that while fans of the Crunch are now more educated about hockey, it hasn’t always been that way.

“If you talk to the people who have been season ticket holders for 22 years, they’ll tell you that in the beginning, the Crunch was a circus,” he said. “But if you look at what they do at the Crunch games now, it’s more about hockey and less about the event. They don’t need all the bells and whistles the way they did 20 years ago. If we provide people with an entertaining time, and they learn about the game, then they truly become soccer fans.”

Now in their sixth season in the Major Arena Soccer League (MASL), the Knights have already outlasted other local soccer teams that came prior to them. Their immediate predecessor was the Syracuse Salty Dogs, an outdoor team which played for two seasons in 2003 and 2004 when they shared turf space with the Syracuse Chiefs ball club at then P&C Stadium.

“It’s year six, so new teams that come into the market, outside of the Crunch and the Chiefs, they have one year and they’re gone,” said Knights president, general manager and head coach Tommy Tanner, who also logged time as an assistant coach with the Salty Dogs. “We’re building momentum, I think.”

Because the team has managed to stick around for six years, it has given players, coaches and management the chance to build relationships and interact within the community. The Knights offer soccer camps that take place at the Central New York Family Sport Center on Jones Road in Baldwinsville. The facility is owned and operated by Pete Ramin, vice president of the Knights, and serves as the team’s practice facility during the season.

It was in this building that Andrew Coughlin began playing soccer as a child in one of the center’s youth leagues. After remaining in touch with the Ramin family over the years and training with the team during school breaks, Coughlin would eventually get his chance to play. Now in his first season as the Knights’ starting goalkeeper, he is living his dream of playing at the professional level. 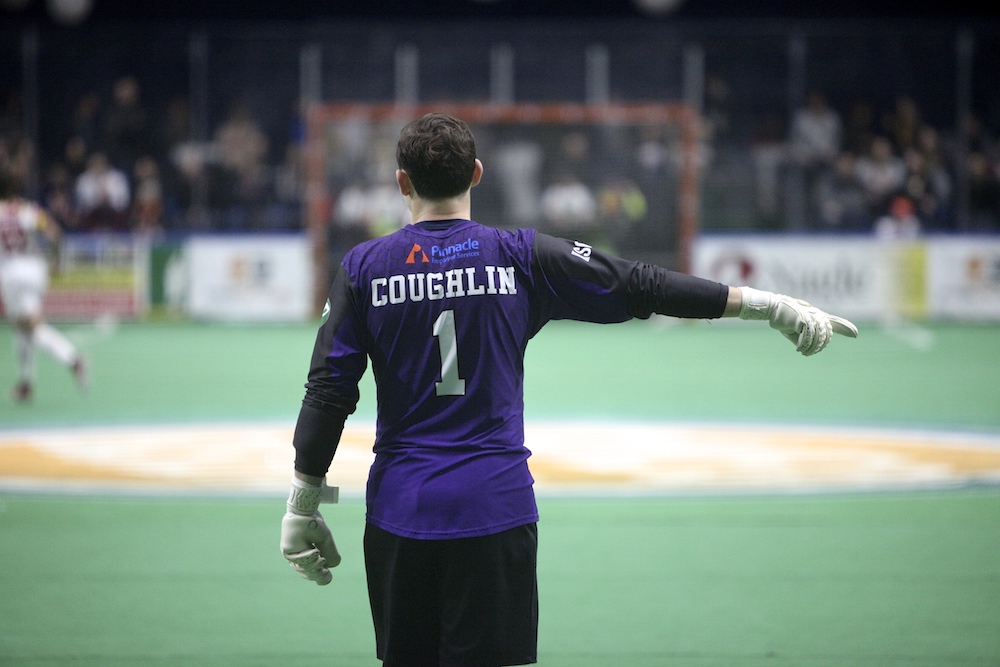 “Last year when I came back from school after I graduated, (Knights goalkeeper) Brian O’Quinn got hurt. They needed to sign a keeper for the upcoming games, so they signed me,” Coughlin said. “I had a decent first two games and continued to play with the team, and now I’m still with them. So it’s an exciting little journey to be on the team.”

The Knights currently have eight players who grew up in the surrounding Central New York area, according to Tanner. With players being so close to home, this allows the team to interact with the community, such as hosting outings with fans at Dave and Buster’s, one of the Knights’ sponsors.

“We have an extremely approachable team,” LaVenture said. “Baseball is difficult because they’re always traveling when they’re not playing. Hockey is the same way; their schedule is so incredibly busy. We have the ability for our guys to be a part of the community, for kids to talk to them.” 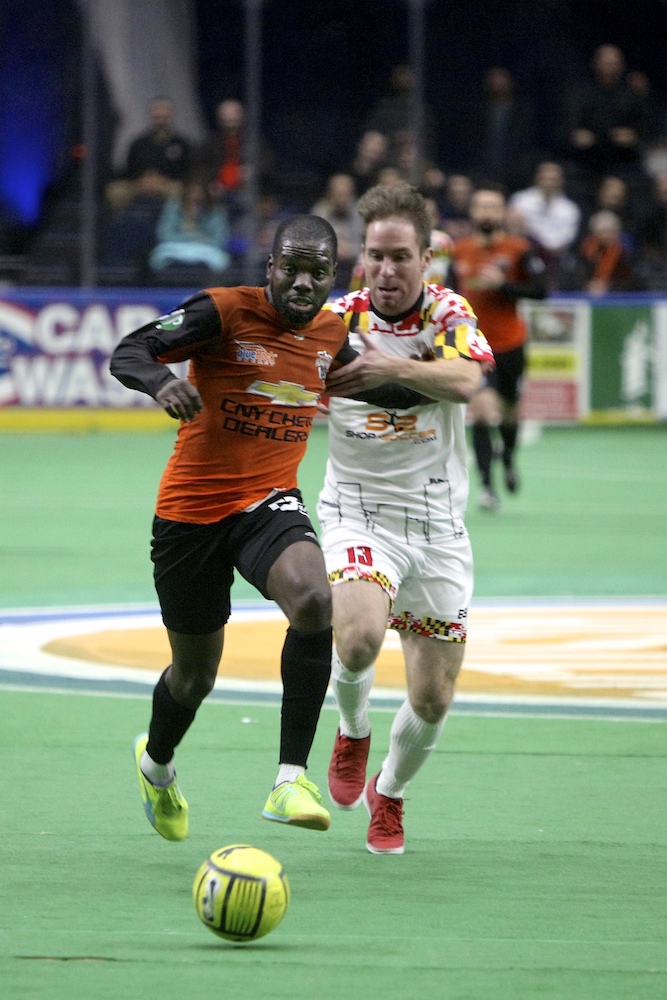 For many players, being a part of the Silver Knights has helped them carry out a lifelong aspiration. “Training with the team over breaks in college, I wasn’t sure I’d ever want to play,” Coughlin admitted. “Then I got into my first game with the Silver Knights, and I loved it! The adrenaline I get from being in that arena with all the fans cheering, it’s pretty awesome.”

LaVenture also stresses the importance of local connections. “We have a really cool gem here that is attainable,” he said. “I don’t know how attainable it is for a kid growing up in Syracuse to become an NFL player, although it’s happened. But this is real. This can happen.”

The Silver Knights pride themselves on being Syracuse’s only real local franchise. Unlike players from the Crunch and Chiefs, who represent their respective teams’ professional clubs and can come and go at the mercy of those clubs’ higher-ups, the Knights are their own entity and answer only to the team’s management.

Now at the midway point in their season, the Silver Knights are on the verge of becoming a contender for a title, with their current win-loss record of 4-5, just three games back of the Eastern Division-leading Baltimore Blast. Tanner believes consistency within the team’s roster, in addition to the occasional outside player signing, has led to its success.

“We were really close last year to getting into the conference finals. We’ve gotten better every year,” Tanner said. “Our nucleus of players has stayed the same, which I think is really, really important. And I think our additions make this the strongest team we’ve had to date. I think our shot to win a championship is as good as anyone else’s.”

Bryan O’Quinn, the Knights’ head coach in his first year, also thinks his club is on the cusp of a championship: “We’ve been a playoff team for three or four years now in a row, and it’s time for us to get over that hurdle and look to be a championship team, this year more than any year. We have more depth and more talent on our roster, so it consistently creates competition among the players to elevate their game and play, which is super-exciting for us.”

The future looks bright for the Knights and the MASL. The league is currently sitting at 17 teams, while Toronto has already committed to forming a franchise in 2018.

“I think (the MASL is) taking the right steps to create a top-tier league for indoor soccer,” Coughlin said, “to get the people in the arenas with the right teams in front of them. They’re making sure the ownership groups are taking care of the teams. I think it’s definitely on its way up.”