DonnaPalooza – a fundraiser on Sunday, March 1 at the Westcott Theater

On Oct. 27 local singer, songwriter and guitarist Donna Colton (Visconti) went to her primary care doctor to have a bump looked at on the back of her head. She’d felt its presence for a year, but assuming it was nothing, didn’t act on it until it started to bother her.

Her doctor guessed it was a cyst and sent her to a surgeon, who assured her it would be a simple in-office procedure. But following the minor surgery, he wasn’t satisfied. After they ran a few tests, Colton was called back in within a few days.

“Sam (Patterelli, Colton’s husband) came in (to Every Body Bras, where Colton works) and he looked like crap,” she says. “He said, ‘Uh, the doctor needs to see you today.’ I thought, ‘This must be serious.’ I went in and the initial pathology came back positive for breast cancer. I don’t know if I was shocked, stunned. All I could think was, I didn’t feel that. I had a hard time believing it.”

Colton had an MRI that day, which led to further tests and doctors. Within two months, she saw six specialists, both locally and in Buffalo. But doctors couldn’t find a primary source of Colton’s cancer.

“They were baffled,” Colton remembers. “I had all the tests you’re supposed to get, my numbers were all good, I’m exercising, doing my regular routine. I wasn’t tired, nothing.” 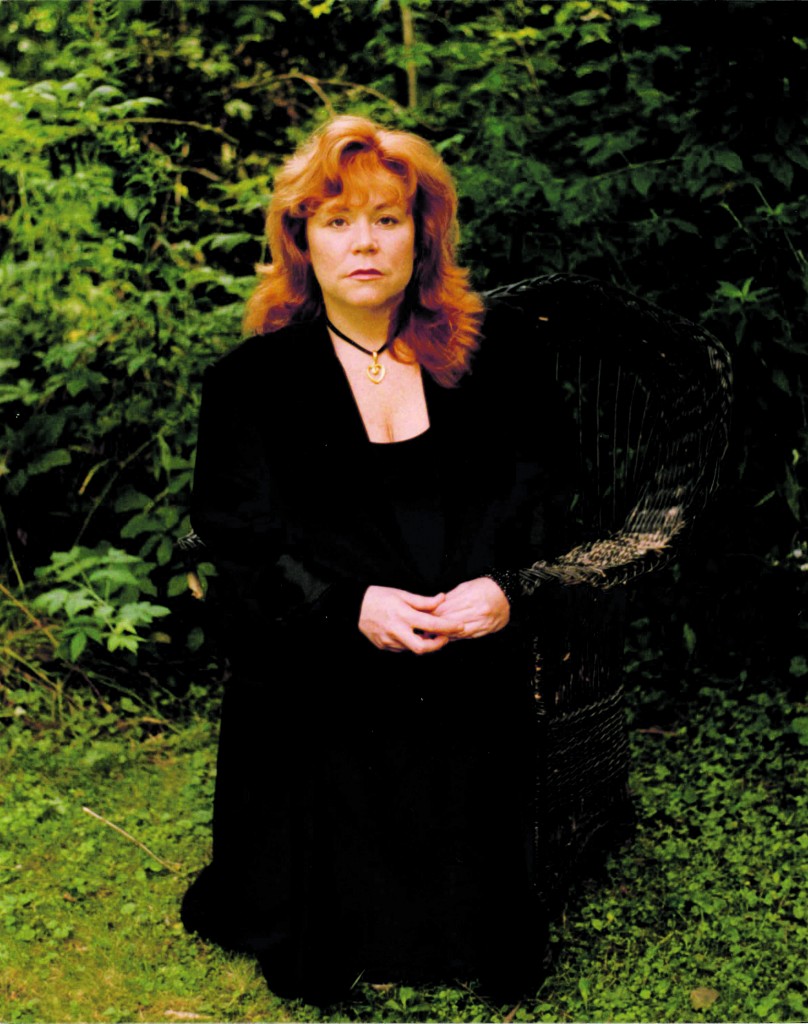 So Colton continued living life just as she always had. She continued to perform in events, including last November’s Respect: Central New York Women in Music and Salt City Waltz. News of her health problems wasn’t known publicly until mid-January.

“In the interim, I just thought, ‘I don’t feel bad, so I’m just gonna do what I do: Try to live,’” she says. “Until my body starts telling me something different, I’ll just keep going. You have to. I feel like your attitude is so important with this stuff. You can’t give into it. The most stressful part has been waiting and going through the maze of insurance.”

Colton had to keep track of all the doctors she saw, the tests she had done and the payment of each, all without even having an official diagnosis. After test samples were sent to a cancer center in New York City, Colton was diagnosed with Adenocarcinoma, a glandular disease.

She set up a double surgery, including a hysterectomy and surgery to fully remove the lump on her head. The doctors thought some of the tumors removed throughout her body might provide insight as to where the disease came from, but none were cancerous. “They still couldn’t find the primary site,” she says. Regardless, the cancerous lump on her head was removed with clear margins, meaning they got it all.

Colton is still waiting to hear final results and will visit with the doctor soon, but her attitude remains positive. “You have to be your own advocate for this stuff,” she says. “They’re (doctors) busy, but this is me. It’s your own health you’re talking about. You have to stay on top of it.”

In the meantime, Colton began a GoFundMe campaign to help offset the massive medical bills, which could easily top $18,000. In just 11 days, the fund raised more than $10,000 of the goal.

Others in the community have also come to her aid. DonnaPalooza, a fundraiser slated for Sunday, March 1, at the Westcott Theater, will feature Castle Creek, Los Blancos and more.

“I had no idea they were doing that,” she says. “All of a sudden, the event was put together. A friend came in to sit with Sam while I was in surgery and she was one of the first ones to see the event was happening.”

Local music scene movers and shakers including Stacey Waterman, Julie Briggs, Joanna Jewett and Liz Nowak are behind the event. “I’m hoping to be there,” she says. “I’m not sure if I’ll be able to play yet or not. At this point, if I keep progressing, I should be able to.”

Through all the chaos and uncertainty, Colton remains positive and is grateful for those who have helped her along the way. “Everyone contributing has been such a relief,” she says. “All musicians have to do at least one other job and most of us, more than that, to do what we do. And being out of work, not able to do either thing, makes you crazy. I have Sam, but we’re both only part time. Some people are just contributing $20 here and there, saying they’ve enjoyed the music over the years. It all restores your faith in humanity.”

Donnapalooza will take place Sunday, March 1, 2 p.m., at the Westcott Theater, 524 Westcott St., which will feature entertainment from Castle Creek, the Easy Ramblers, the Joe Whiting Band, the Barn Dogs, Los Blancos, Grupo Pagan and more. There will also be food, raffles and a 50/50 drawing. Tickets are $20.