Colors of Summer opens at Gallery 4040

Color is a fundamental aspect of art, an ingredient serving many purposes. It conveys emotion, catches a viewer’s attention, and plays other roles. Colors of Summer, a five-artist exhibit on display at Gallery 4040, certainly touches on color as a basic element but is much more interested in the quintet’s creative strategies.

Diana Godfrey has long created non-representational pieces, emphasizing texture, shapes and the interplay between various segments in her works. For her, colors serve as markers: They light up a surface or help initiate a dialogue between the artist and viewers. Godfrey clearly isn’t creating figurative artworks but she does include glimpses of familiar objects: a ladder in “Escarpment,” stairs in “Suspended.” She uses colors to emphasize those shapes and to smooth transitions within her acrylics. For her, color is an essential tool. 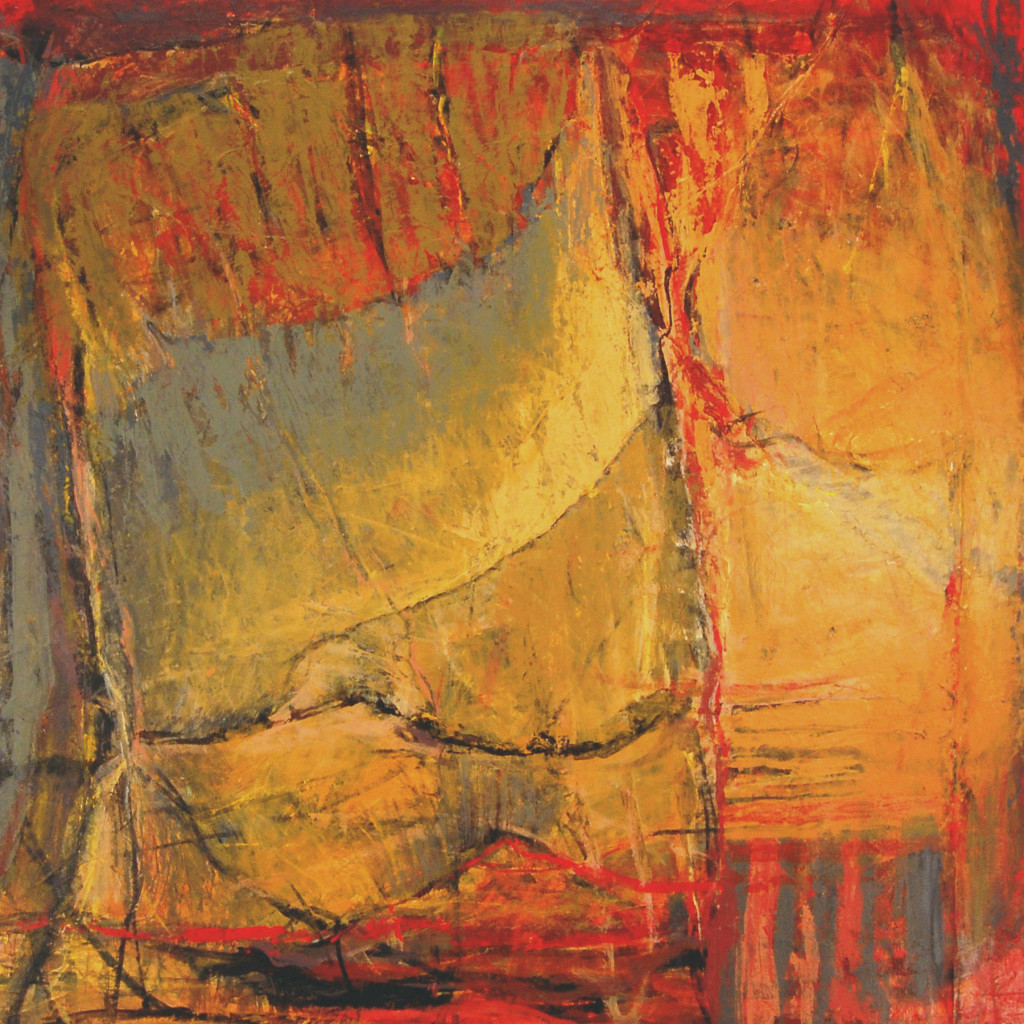 Scott Bennett’s four acrylics reflect his interest in and embrace of nature. These aren’t highly detailed works striving for precise portrayal of a landscape. Instead, his acrylics are bold, exuberant, expressive. “In the Mountains” features green, orange and blue colors and communicates the joy Bennett feels in various outdoor settings, ranging from the Adirondacks to the fields and woods of northern New Jersey. That emotion emerges in other works such as “Ragged Glory” or “Language of Spring.” 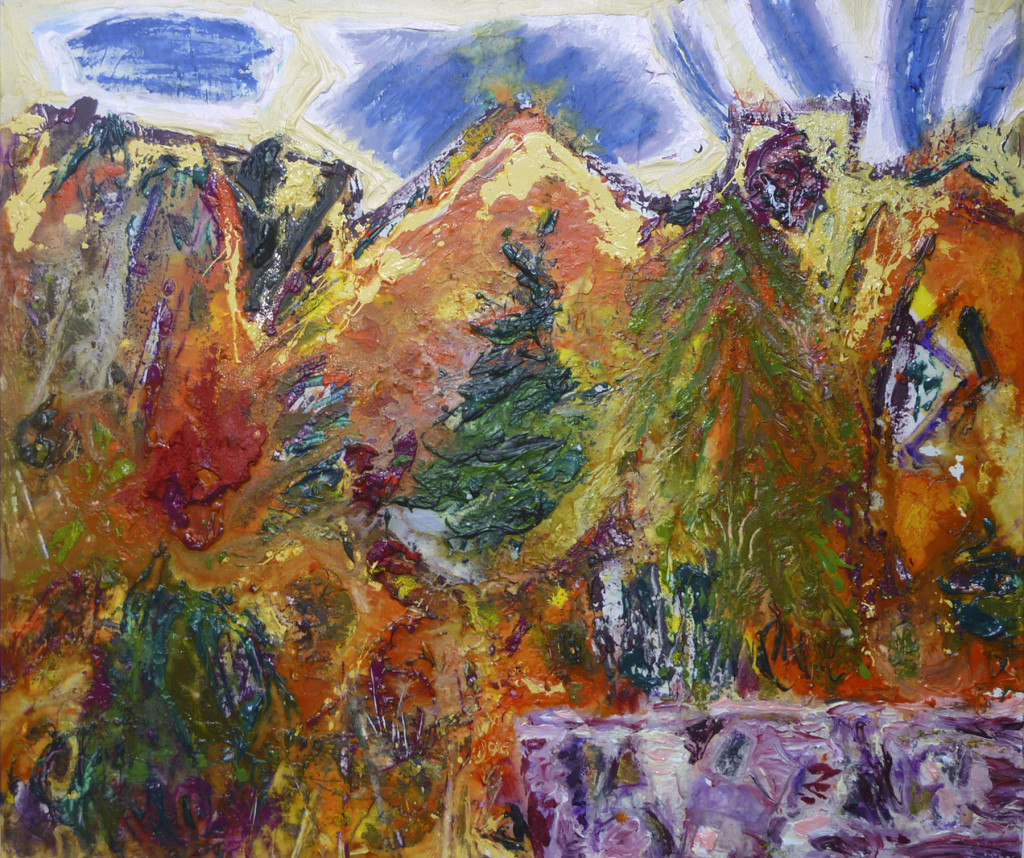 Jim Ridlon’s two huge acrylic collages and three small acrylics interpret a day in his garden. In “Sunday Encounter,” he fills the canvas with waves of flowers, achieving a sense of lushness and abundance. The flowers seem to flow along the canvas, and that communicates energy and vitality. The artist does the same in “Where the Trail Leads,” with bunches of purple, gold and orange colors, providing visual delight. 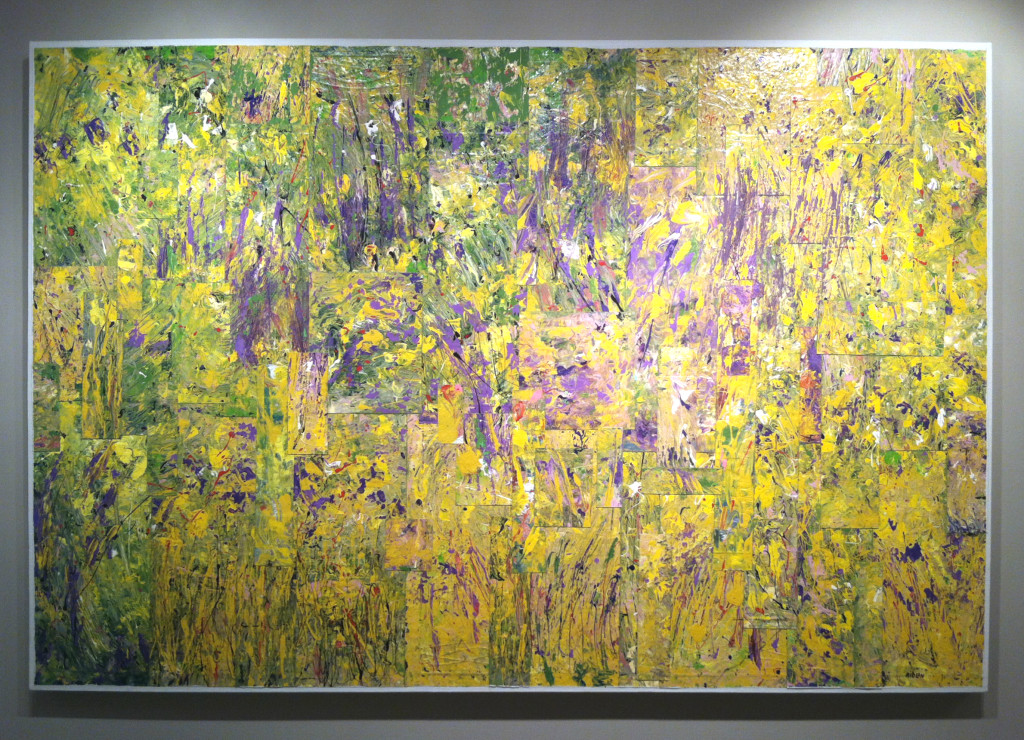 Daffodils and Irises by Jim Ridlon

Debb VanDelinder creates digital images on aluminum, using a process called scanography. She doesn’t create images through a camera’s lens; instead, she captures images by using a flatbed scanner. The works usually depict everyday objects, emphasize light and color, and draw on themes such as the cycle of life.

In “Invitation,” a lemon is split apart, and it’s easy to imagine tasting it. The piece encompasses more than a good-looking piece of fruit; it also contrasts appearance and substance, surface and what’s underneath it. “The Forth Power of Two” vividly depicts four beetles, presenting them as a symbol of life. And “Georgia’s Lament,” a tribute to Georgia O’Keefe, depicts red, red flowers and fragments of a skull, discussing life and the passage beyond it. 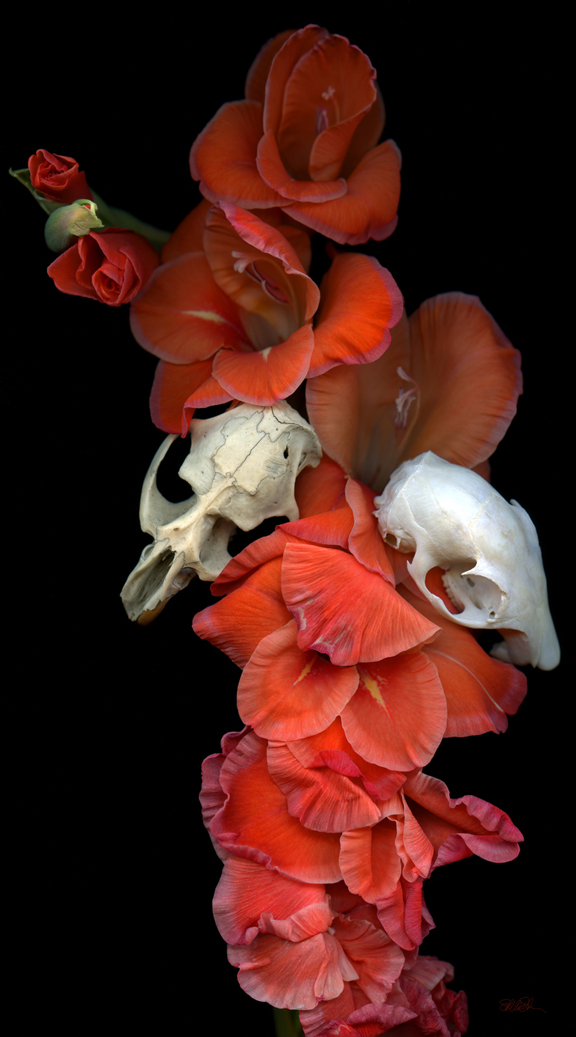 While veterans Ridlon, Godfrey, Bennett and VanDelinder have taken part in many exhibits, Walter Melnikow is an emerging artist. He has several acrylics interpreting the earth’s surface. “Isothermal Compression,” with its angry red and orange colors, references volcanic eruption. “Spirit Dancer,” the best of his pieces, is evocative and delicate. 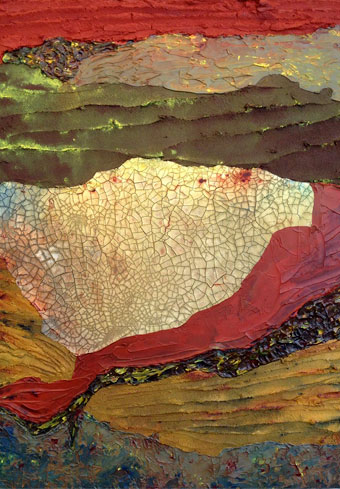 In addition, the exhibit continues the evolution of a gallery that opened its doors just 10 months ago. Curator Anne Novado has organized both solo exhibits, like one showcase for Juan Cruz’s artworks, and group shows. She keeps shuffling the deck; the next exhibit, which opens on Sept. 11, will consist entirely of drawings. All shows feature artists from upstate New York.

Colors of Summer runs through Aug. 29 at Gallery 4040, 4040 New Court Ave., very near the point where North Midler Avenue ends and an industrial zone begins. The gallery is open Wednesdays through Saturdays, noon to 5 p.m., and by appointment. Bennett, Godfrey, Melnikow and Ridlon participate in a round of gallery talks on Thursday, Aug. 21, 7 p.m. For more information, call 456-9540.

Skaneateles Fest: Welcoming the Old and the New
Dutch Masters
To Top