“Once I see a building, I get it,” he said. “I envisioned the apartments the first day I came in here.”

Esposito, vice president of R.F. Esposito Inc., general contractors based in Fayetteville, is one of five investors in the $5.3 million project to turn the 53,000-square-foot building into 30 apartments and commercial space. The investors kept an eye on the former warehouse, vacant since 2001, for nearly four years before buying it in June for $400,000. 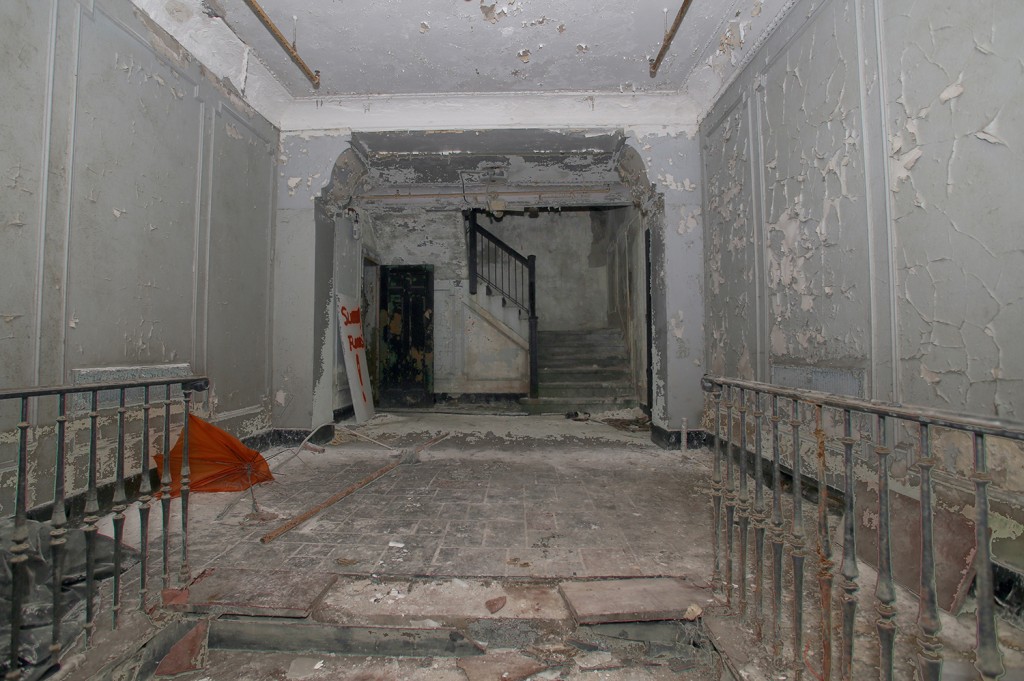 The lobby of the C.G. Meaker Food Co. warehouse will be restored, including the moldings on the walls. 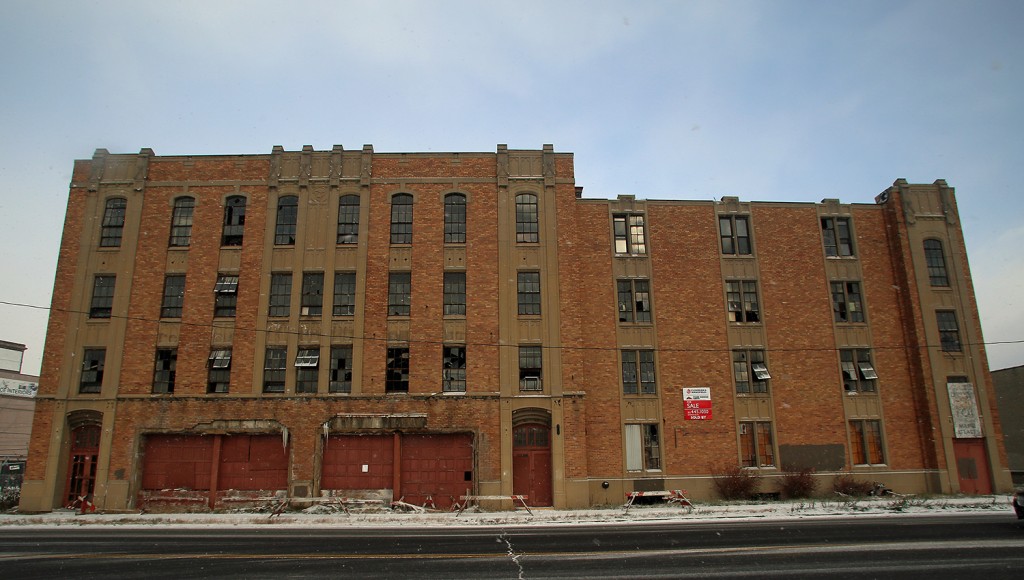 Work has begun to turn the historic C.G. Meaker Food Co. warehouse into apartments on the upper three floors and commercial space on the first floor. 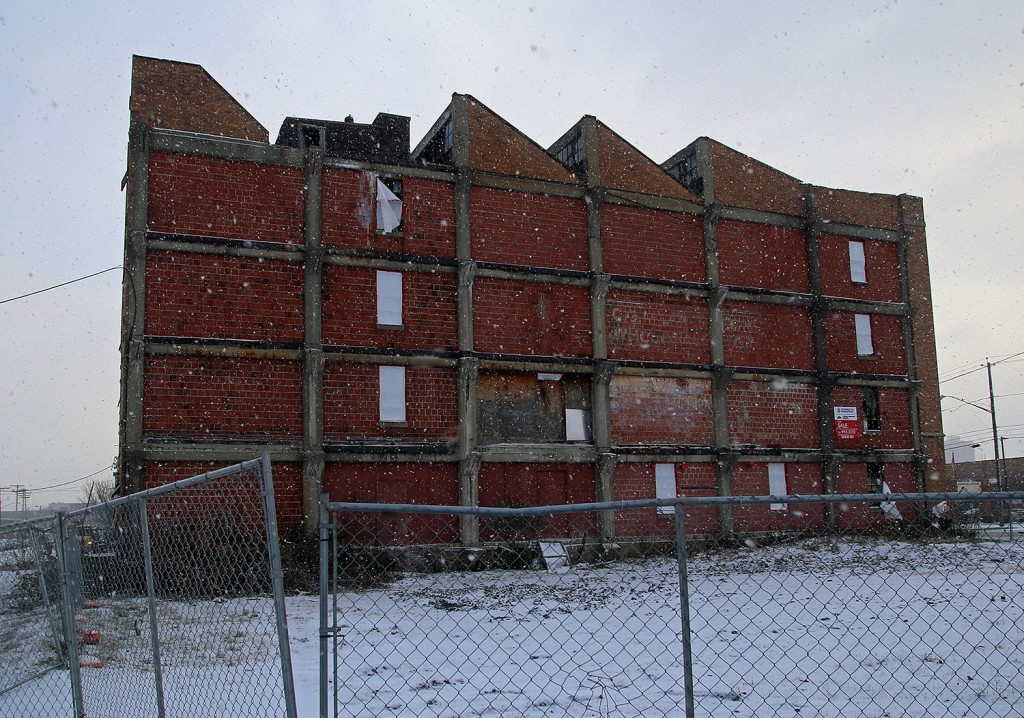 Two-story lofts are planned for the fourth floor of the C.G. Meaker Food Co. warehouse, taking advantage of windows in the building’s monitor roofs.

The building was built in 1930, five years after the Erie Canal was filled in and made into Erie Boulevard. The concrete and brick construction kept structural damage from the leaking roof to a minimum. The roof has been repaired, but a thin layer of ice coated the concrete floors in some spots on a recent chilly morning.
The eight-inch-thick concrete floors and fluted concrete columns will be kept and restored, Esposito said.

The first floor will be commercial space.

The building will also have off-street parking, a roof-top deck and a courtyard equipped with three grills for outdoor barbecues. 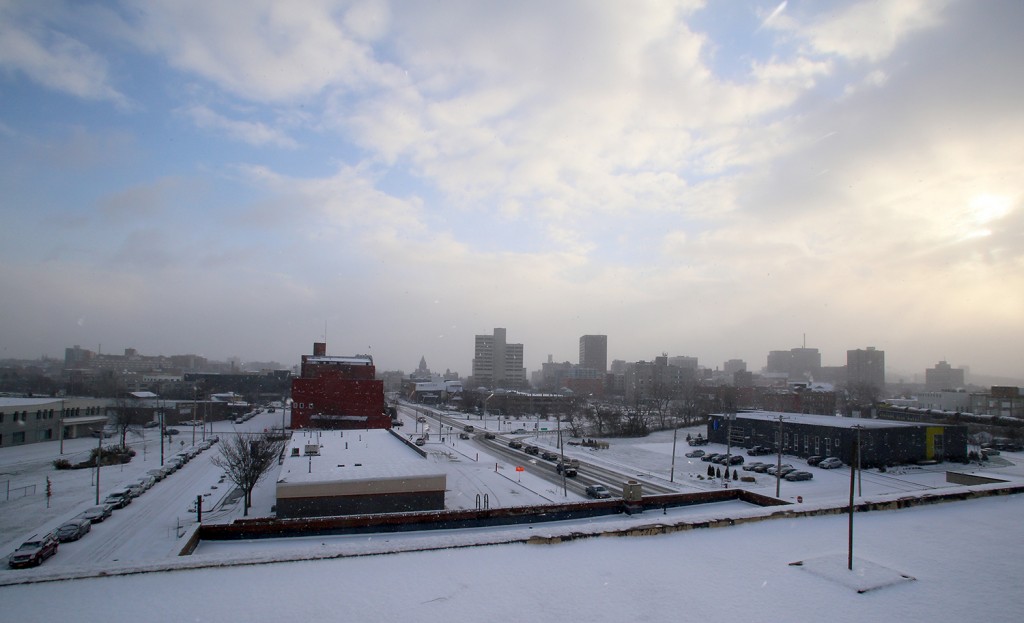 Even on a snowy day, the view from the roof of the former C.G. Meaker Food Co. warehouse shows downtown Syracuse. On a clear day, both Destiny USA and the hills and valleys south of the city are visible. 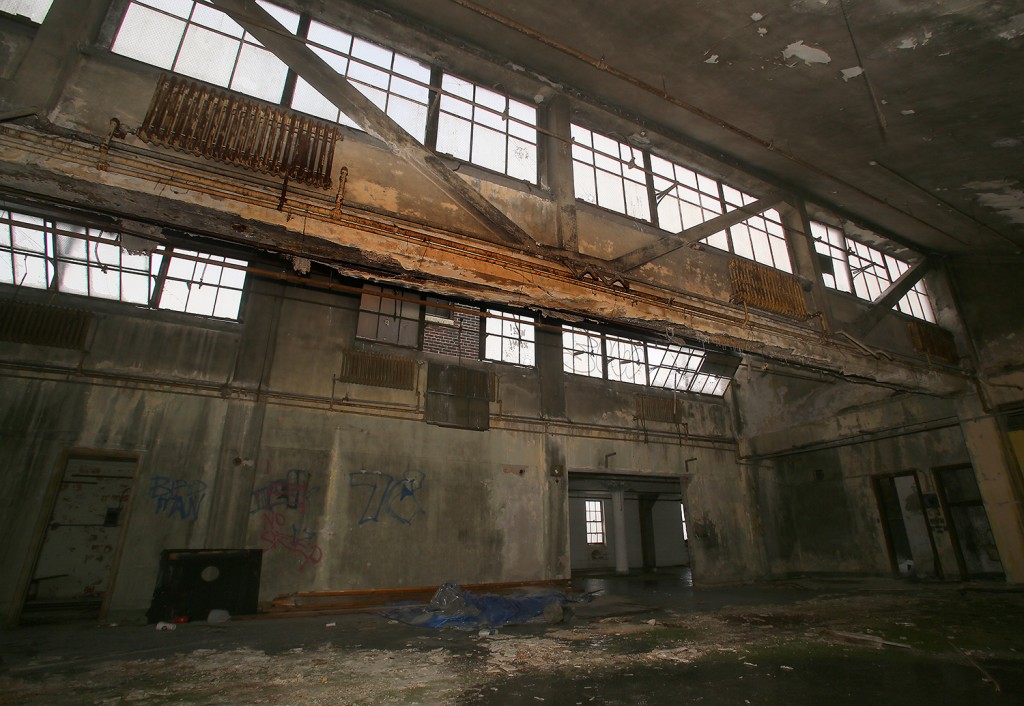 Two-story lofts are planned for the fourth floor of the C.G. Meaker Food Co. warehouse, taking advantage of windows in the building’s monitor roof.

Esposito said it’s too early to talk about rental rates, in part because the building sits on the edge of downtown.

“It’s outside of downtown, but close enough,” he said, and may appeal to renters who want to be close to downtown but not in the middle of the hustle and bustle.”

The building is a two-block walk to Leavenworth Park and Middle Ages Brewing Co. Construction is expected to start this winter.

Free Will Astrology
The Espresso Shot (#030)
To Top