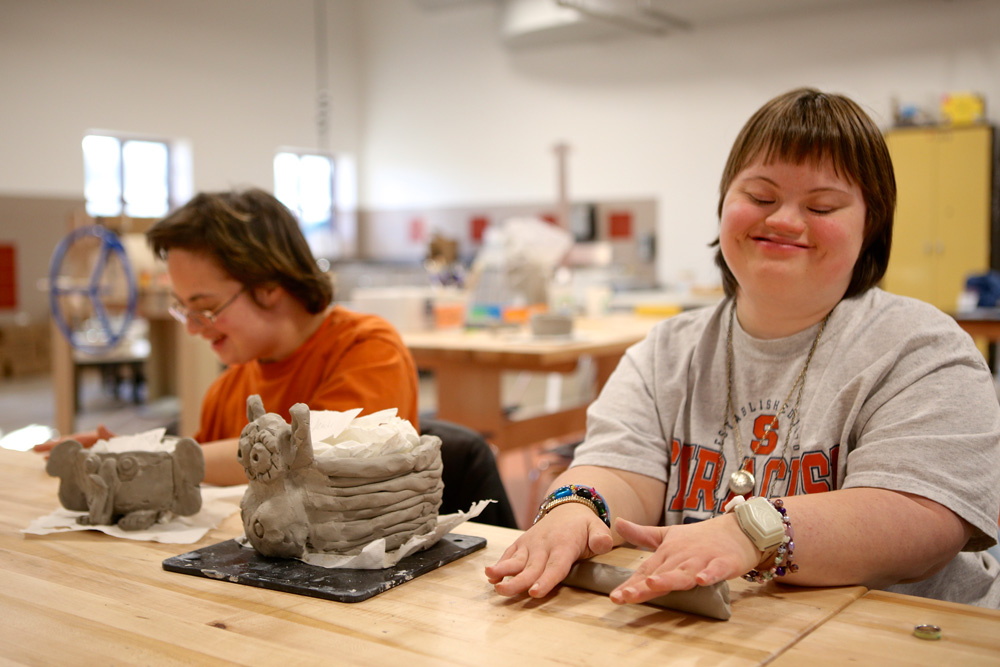 There’s something for everyone at the YMCA Arts Branch.

More than 70 people came to the downtown YMCA on Nov. 4 for poetry readings by Martha Collins and Minnie Bruce Pratt. They read their work in a room that’s often used for Zumba classes and other forms of exercise.

The setting didn’t diminish the quality of the readings, but it did emphasize the integration of the Downtown Writers Center into the YMCA’s Arts Branch.

Over the past 15 years, the Downtown Writers Center, 340 Montgomery St., has hosted readings by poets, novelists and other writers. Gregory Pardlo read there just weeks before receiving a Pulitzer Prize in poetry. W.D. Snodgrass, another poet who won the Pulitzer, gave his last public reading at the YMCA. 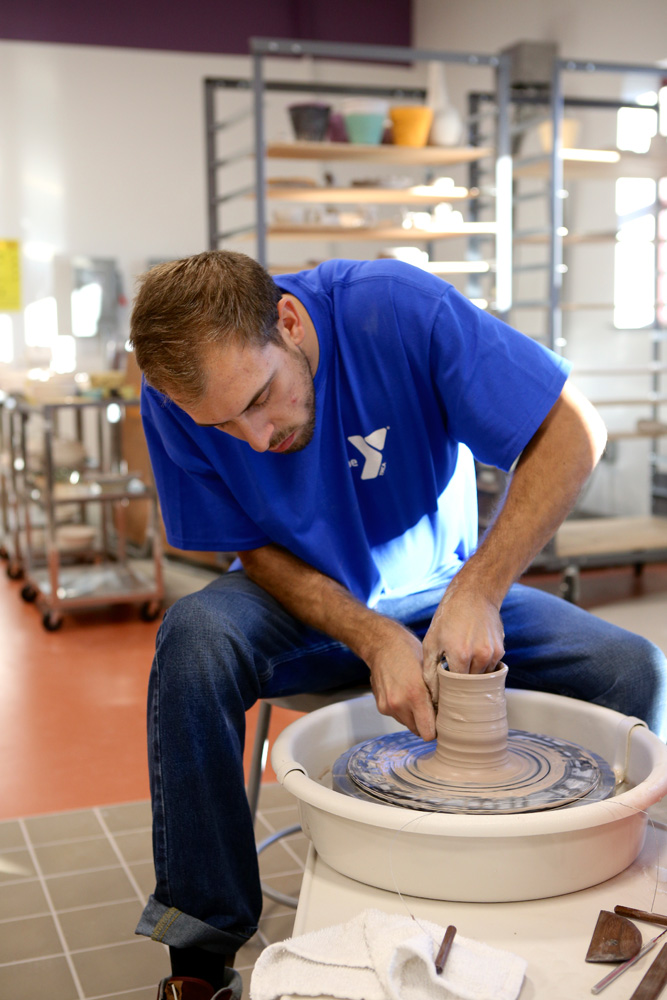 They are part of a group of writers from Central New York and across the United States who have appeared at the YMCA. Bruce Smith, Jennifer Pashley and Michael Burkard, all of whom have ties to this area, have read there.

B.H. Fairchild voiced poems describing welders, oil field roughnecks and a baseball player who didn’t make it into the big leagues. Judith Harris has come to the YMCA several times to deliver poems dealing with mortality, with the temporary nature of friends, loved ones, the leaves in the backyard, and more.

Yet those readings are just one part of the Arts Branch. Phil Memmer, the program’s executive director, says its goal is to be affordable, comprehensive and accessible to adults and children with a range of abilities. And so, the Downtown Writers Center has long offered poetry, non-fiction and other classes for adults who are new writers and those with more advanced skills.

Outside the city, the YMCA branches in Fayetteville and Baldwinsville each have fully equipped arts studios, where YMCA members of all ages can take seven-week classes in ceramics, dance, painting and other arts.

At the downtown YMCA, the Young Authors Academy offers 10-week classes in fiction, poetry and comics/graphic fiction for middle school and high school students. The classes are designed for students intensely interested in writing.

“It’s for kids who are on fire to write,” said Georgia Popoff, the workshops coordinator for the Downtown Writers Center. “They come on a Saturday for two hours, learn with their peers, and have their work critiqued by professional writers.”

She also noted that the academy encourages participants to work together. During fall 2014, academy students produced “The Library of Lost Thoughts,” an anthology of their writing.

The Young Authors Academy fits under the umbrella of a larger program, Y-Arts Scholarships, which funds 250 scholarships yearly for disadvantaged youth from Syracuse.

“The program is completely individualized,” Memmer said. “It offers slots at the Young Authors Academy or a week at the Y-Arts Camp during the summer. There’s one-on-one instruction in playing the violin, guitar or another instrument. We’ve assisted a high school artist in refining a portfolio and enhancing an application for college.”

From one perspective, the Arts Branch’s programs seem substantial. From another, they weren’t all developed during one year, and they certainly aren’t the first instance of a YMCA doing cultural programming. YMCAs in New York City and other cities have long sponsored lectures by prominent authors and other activities.

Locally, the Arts Branch originated in 1999 when Memmer met with Hal Welsh of the local YMCA to discuss programming extending beyond a mix of basketball, swimming and other athletics. In a related happening, the Metropolitan School for the Arts, a downtown agency running low-cost and no-cost arts programs, had closed its doors. That influenced Popoff, a poet and ardent promoter of poetry, to initiate some writing classes at the YMCA.

The expansion over 15 years couldn’t have happened without financial support. The Y-Arts Scholars program, for example, started only when a Syracuse couple, Linda and John Pennisi, donated seed money. Today, funds from Delta Airlines sustain Y-Arts.

Over the years, the YMCA’s Arts Branch has grown significantly but retained several key operating principles. It functions with a fairly lean staff: Three full-time employees include Memmer, Dani Mosko, coordinator of the Fayetteville YMCA studio, and Kat Kane, who plays a similar role at the Baldwinsville Y.

Moreover, the Arts Branch assumes that all its programs have import. Scheduling a Syracuse reading by Charles Simic, when he was poet laureate of the United States, has value. Helping a 10th-grade student to improve her or his creative skills also has value.

Memmer has said that “our mission is to enrich lives through education and helping people get involved in the visual, literary and performing arts.”