The exhibit presents works by Claude Monet, Edgar Degas, Pierre-Auguste Renoir and other figures associated with impressionism. It features artists whose paintings were a precursor for that movement. There’s space for artists who drew inspiration from the impressionists but eventually followed their own creative paths. And the show discusses impressionism’s considerable impact on modern art. 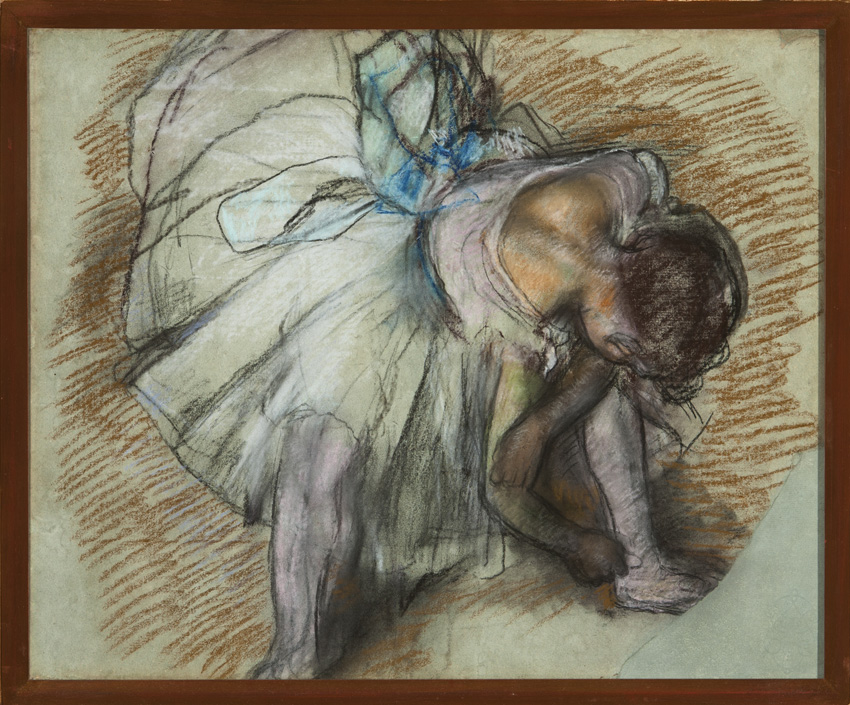 The artworks come from the collection of the Dixon Gallery and Gardens of Memphis, Tenn. They are accompanied by a timeline, lengthy captions and other text explaining basic tenets of impressionism: quick, decisive brushwork; focusing on light at various times of the day; a shift toward painting on site instead of in a studio; and interpretations of everyday subjects. The subjects range from orchards to boats, from a scene on the River Seine to a woman playing a guitar.

A show like Monet to Matisse promises dramatic explorations of color, and it delivers the artistic goods. In “Les Collettes,” Renoir uses several colors beautifully. Monet, in “Port of Dieppe, Evening,” captures twilight time with yellow, red and green colors lighting up the sky and reflecting on an icy harbor. He doesn’t fully detail the boats; they emerge as dim shapes.

Theodore Earl Butler’s “Grainsacks, Giverny” depicts a field in late afternoon, a sun-drenched scene filled with gold and orange colors. An American who spent many decades in France and studied with Monet, Butler wasn’t a major figure in the movement.

Elsewhere, Berthe Morisot’s “Peasant Girl Among Tulips” places its subject smack in the middle of radiant tulips. The colors of her dress play off tulip leaves, and her brown-stained hands reflect working in the fields.

Other pieces make it clear that impressionism encompassed more than landscapes. They include Degas’ “Dancer Adjusting Her Shoe,” done with charcoal and pastel on paper, and Mary Cassett’s “The Visitor,” an elegant portrait of her sister.

The exhibition explains that Monet, Renoir and the others didn’t operate in a vacuum. It displays works such as Eugene-Louis Boudin’s “Beach at Benerville.” He typically painted outdoors, preceding impressionists who worked in a similar manner. Likewise, the exhibit amply documents connections to the Barbizon School, a group of artists who gathered in Barbizon, a small village on the edge of a forest. They also painted outdoors. 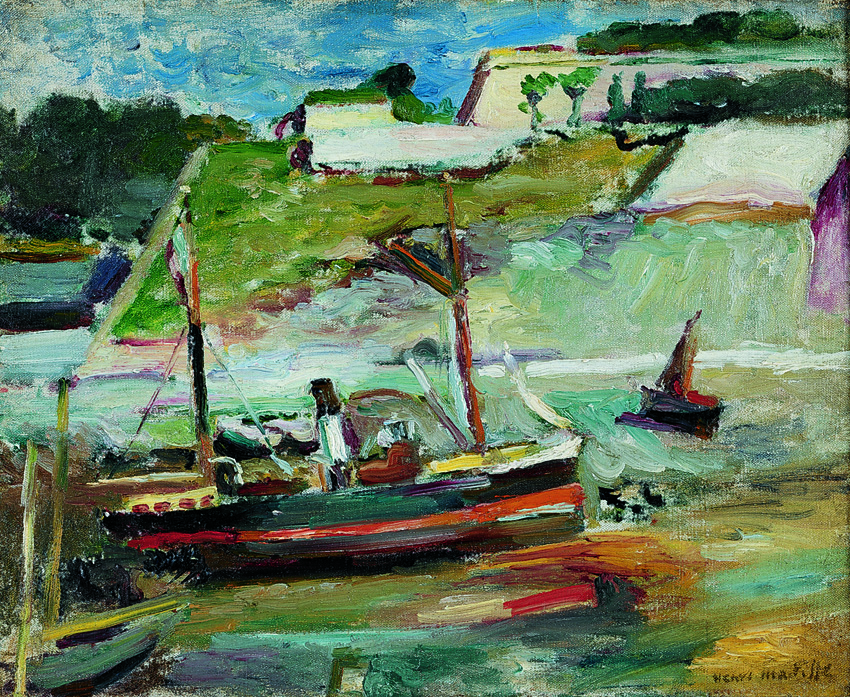 In another section, the show highlights artists regarded as post-impressionists. The pieces include Georges Seurat’s “The Picnic,” full of formalized images made up of tiny dots of paint; Paul Cezanne’s “Trees and Rocks, Near the Chateau Noir,” seen as a bridge to Cubism; and “Dancer Seated on a Pink Divan” by Henri de Toulouse-Lautrec.

Beyond that, the exhibit celebrates the considerable role played by the impressionists. When they staged their first show in 1874, the work was scorned as vulgar and irrelevant. Eventually, they became famous.

At the same time, Monet to Matisse isn’t about force-feeding art history to those who visit the museum. A large show presenting more than 60 works has to have lots of visual appeal. In addition to the aforementioned artworks, the exhibit displays Matisse’s “The Place, Belle Ile,” Paul Gauguin’s oil “Bathing in Front of the Port of Pont-Aven,” and “Joyous Festival” by Gaston La Touche. All three are memorable pieces. 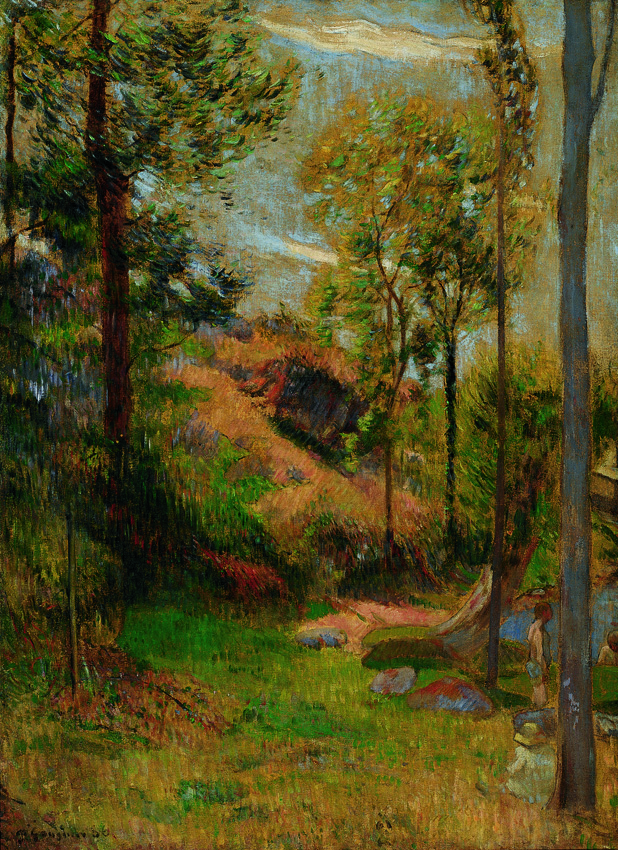 Paul Gauguin’s 1886 oil on canvas, “Bathing in Front of the Port of Pont Aven.”

It’s a well-organized exhibition affording viewers an opportunity to see works seldom available in this region, a successful collaboration between two arts organizations, and the first time that Munson-Williams-Proctor has hosted a show of this kind. The decision to move in that direction is a fortunate one.