The Creek Float returns for fifth year at Onondaga Creek.

The Creek Float is returning for its fifth year.

The 2015 organizer, Missy Zawacki, said Creek Rats, Inc. and the 40 Below Public Task Force (PATF) are joining forces for the public art show and family outing. The art show not only brings attention to area green spaces and the creekwalk itself, but to propel public interest in what Syracuse has to offer and encourage artistic expression.

Onondaga Creek Rats have been activists since 2008, promoting the use of urban green spaces and allowing city dwellers to not only enjoy and use the spaces, but to appreciate the natural aspects as well. The 40 Below PATF has been responsible for a number of urban artistic endeavors, including creative bike racks and benches throughout Syracuse. 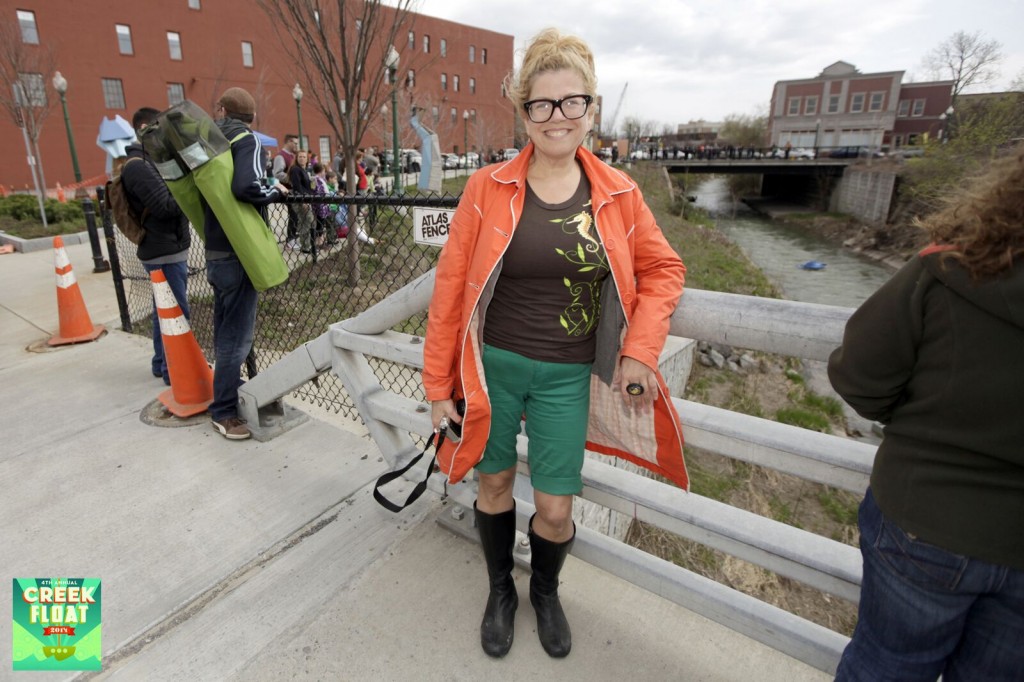 Theresa Barry, who coordinated and led the event for the last four years, has taken a step back due to scheduling conflicts. The current front-runner credits Barry with the creative gumption to drive an event like this.

The Creek Rats did a major creek clean-up in August of 2014, and Creek Float 2015 will help showcase what was accomplished.

Zawacki, with the help of Mike Tollner and Wesley Feuz, are taking the lead on this year’s event planning.

“We didn’t want to see the event not take place. “We stepped up last minute to keep it going,” Zawacki said. “It’s such a fun thing that we’ve participated in… we didn’t want it to end.”

Zawacki has participated in the last three years as a float maker and plans to continue. However, considering the change in the schedule, some participants from previous years cannot make the Saturday, June 6 event. Although, newcomers will be present to show off the design that floats their boats. 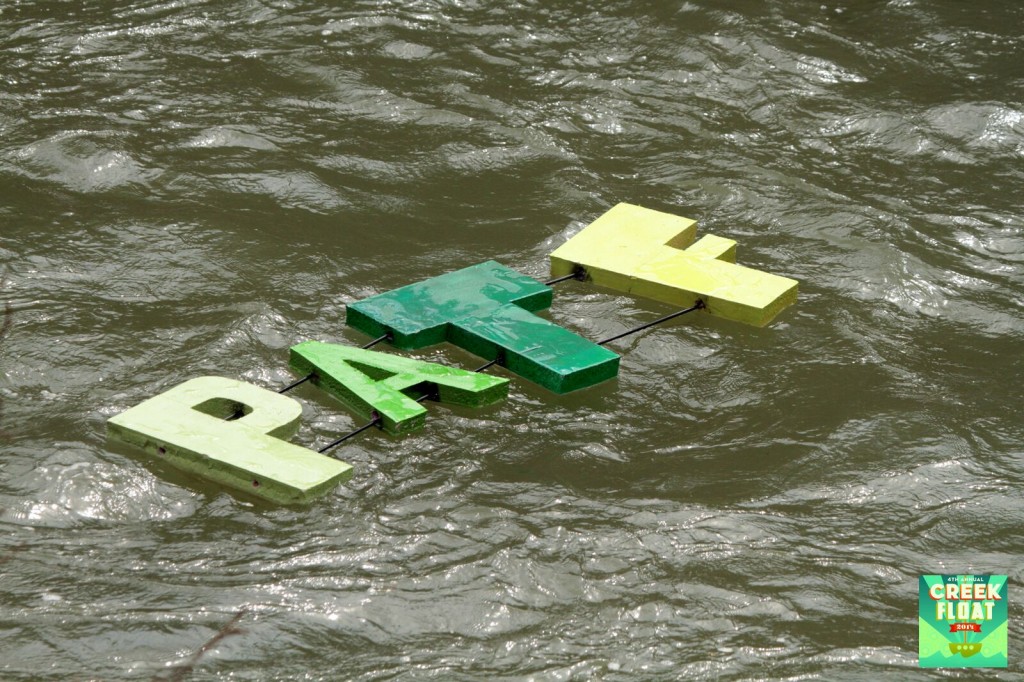 TCGplayer and Syracuse Beard Council are two of the first timers that will be tubing it this season.

The object is to create a sculpture atop an inner tube or flotation device of your choice. However, they are optional. There are inner tubes that can be provided to participants should they be looking for tubes.

“We have a limited number, 20 to 25 inner tubes that are available,” Zawacki said.

Everything people will see is completely and 100 percent voluntary. People will make floats, make signs and volunteer to run the event. On top of it, anyone can participate.

“We encourage performers,” Zawacki said. In years past, a musician showed up with an accordion, while drummers showed up last year. “We’re always thinking big. We’re thinking about applying for a grant to make this bigger next year.” 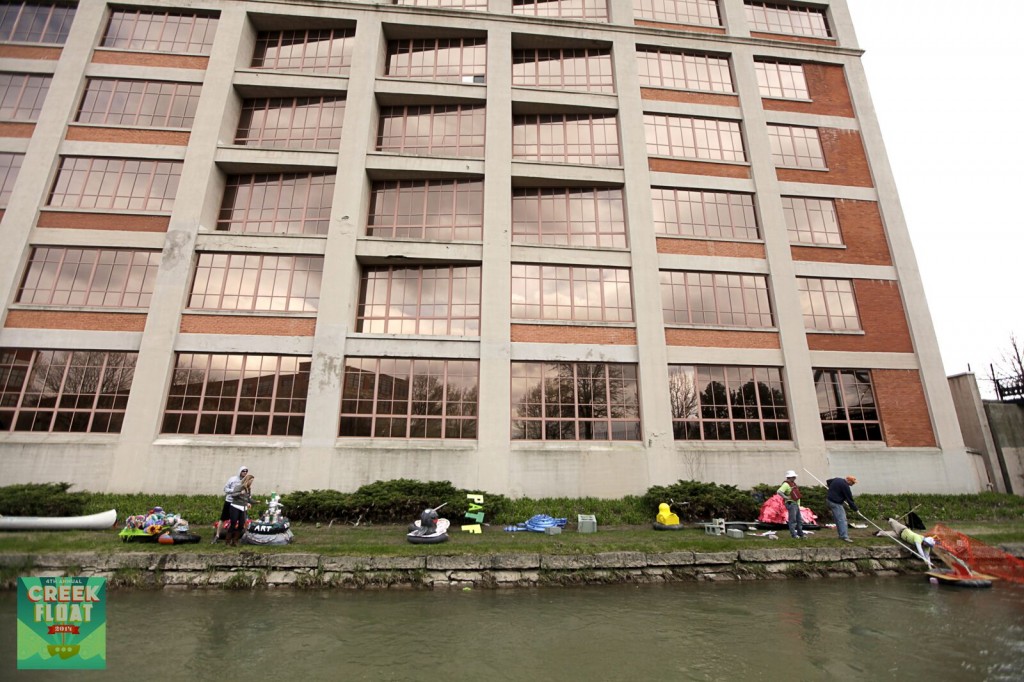 What other perks can a patron get by attending a free event? Last year, free popcorn and ice cream floats tempted taste buds and filled bellies. This year, a donation of the dairy treats are provided by Pappy’s Ice Cream Corner on Burnet Avenue.

“We’re not going to go crazy,” Zawacki said. “With Taste of Syracuse going on, we figured that people can walk down and enjoy some of the best food, mostly local, that Syracuse has to offer.”

Zawacki said there was a great turn out, simply because people were curious to see what what was going on. When coinciding with Taste of Syracuse this year, the organizers hope for a larger crowd. The patrons will only be a couple blocks away, an easy walking distance to attend the 3 p.m. event, which ends at 500 Plum St. in Franklin Square. 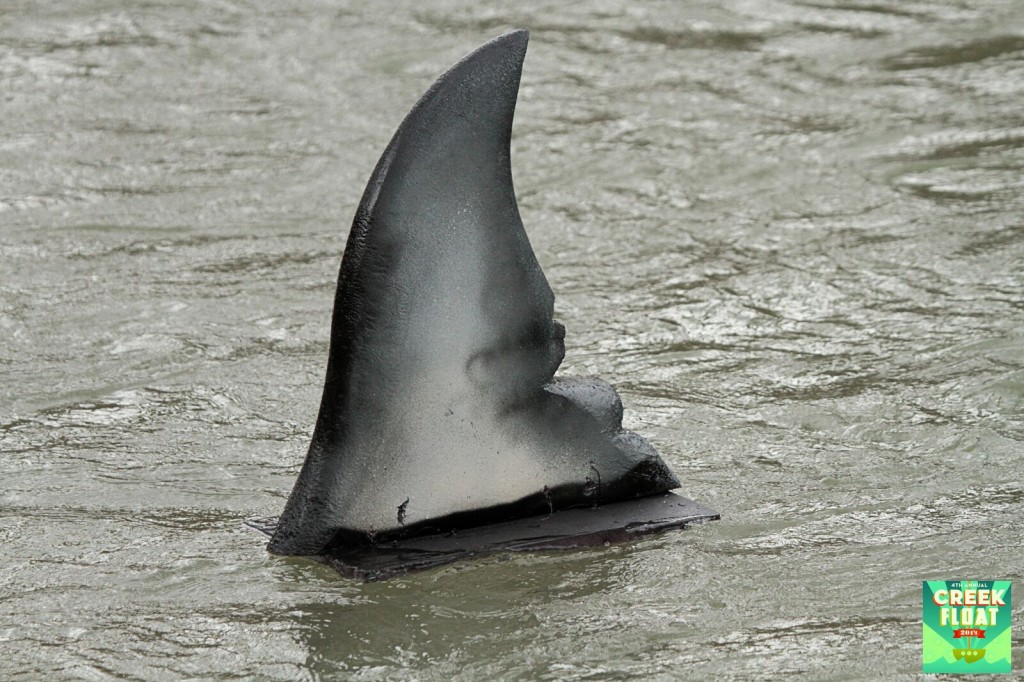 Let Us Continue
Art On The Porches
To Top