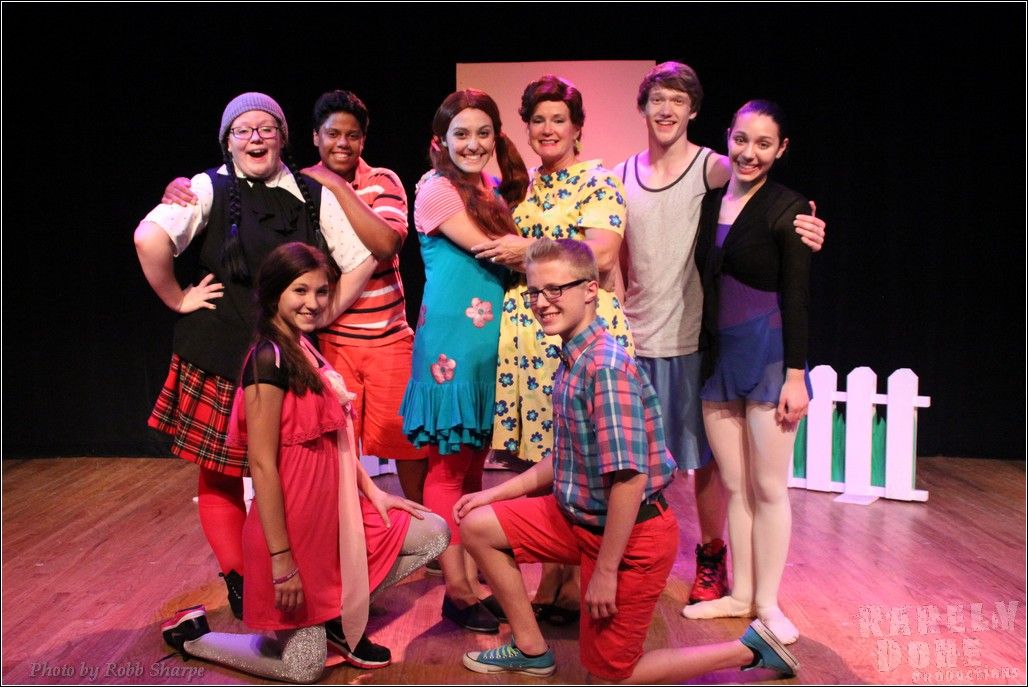 Dormouse Theatrics, the children’s theater offshoot from the Rarely Done Productions mothership, scored a sizable hit last autumn with its debut of Pinkalicious: The Musical, which played to big crowds and even spawned a touring production that stretched into several North Country venues like Lake Ontario Playhouse in Sackets Harbor. So Dormouse is betting on red again with Freckleface Strawberry: The Musical, a breezy hour-long children’s show at Jazz Central, 441 E. Washington St., that bursts with gentle themes to celebrate the glories of being different.

In the opening number, “Look at Me,” Strawberry (played by Amanda Funiciello) claims she’s just a regular girl, but her peers quickly point out the perceived detriments tipped off by her nickname. Of course, these kids have their own unique gifts that are revealed in their solo numbers: Danny (Garritt Peck) is a jock who warbles “Basketball,” while a ballet princess (Gabbie Giacovelli) musically proclaims that she’s “Perfect,” although in the subsequent duet with Strawberry, “Lonely Girl,” she also opines, “It’s lonely being gifted.” And there are secret envies at work, such as

Danny’s desire to be as brainy as the bespectacled bookworm Jake (Nick Peta). There is some unconditional love provided by Mrs. Strawberry (Colleen Wager, the lone adult in the cast), but for most of its running time Freckleface Strawberry: The Musical is truly the children’s hour.
Actress Julianne Moore penned the series of Freckleface Strawberry children’s books based on the hated nickname she acquired when she was age 7. It’s obvious that she wasn’t using the books as some kind of cathartic confessional, instead stressing the idea that kids should be comfortable in their own skins. We know Moore’s life has a happy ending (she’s a gorgeous, Academy Award-nominated talent), and there’s enough upbeat attitude in the show to suggest that her characters will likewise turn out OK.
The book and lyrics by Gary Kupper and Rose Caiola embellish positive social messages (songs include “I Can Be Anything” and “Be Yourself”) with a sassy ebullience. At one point Strawberry hides her freckles by donning a red ski mask that wouldn’t be out of place atop a Mexican wrestler’s noggin. Instead, it triggers the notion among her friends that this new student just might be an extraterrestrial in the Twilight Zone-ish number “Kid in the Mask.” The composers even toss in a Lady Gaga reference, suggesting that their bouncy score can easily be updated for future generations of moppet theatergoers.
For parents of a certain age, Amanda Funiciello’s costumes as Strawberry conjure the recollection that she looks like one of those Farkle Family kids from a long-ago sketch in Rowan and Martin’s Laugh-In. The young actress is a charmer, too, able to leaven her character’s childhood angst with blasts of sunny appeal. Funiciello’s cast mates, which aside from the aforementioned performers also include Kayla Lunden, Tiffini Teller and Bryan Straub, all handle the complex hoofing provided by Shannon Tompkins’ kidalicious choreography and they achieve heavenly harmonies under Michael Stephan’s well-coached musical direction. “Everyone is special” is the theme running through Freckleface Strawberry: The Musical, and so, too, is this spot-on production.

This production runs through Sept. 29.