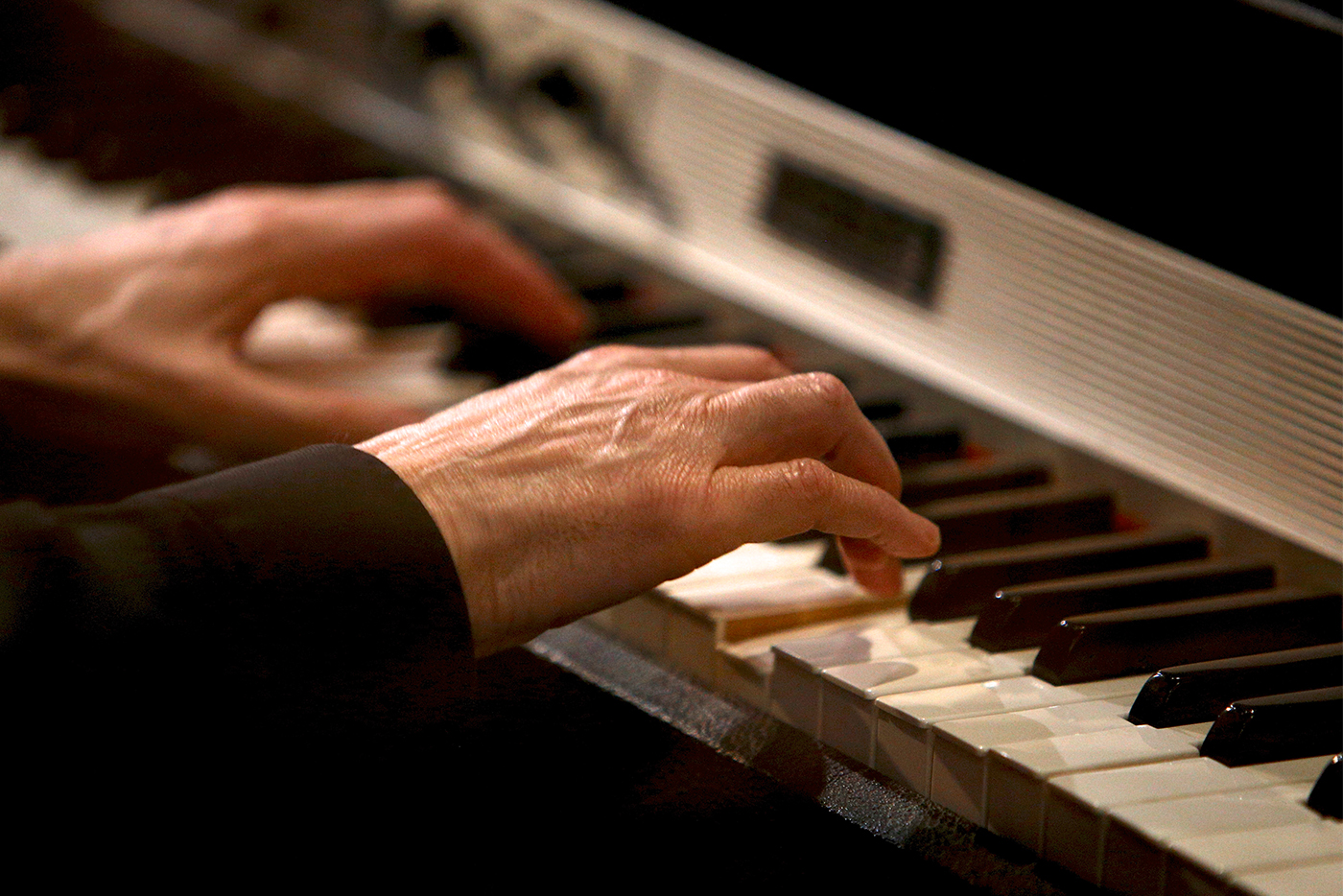 Studio Jams, an up-close music series where musicians pick and play songs on the spot, has deep Syracuse roots. In addition to creator Tom Emmi being from Central New York, episodes are recorded annually at Syracuse’s SubCat Studios, coinciding with the summertime Northeast Jazz and Wine Festival. 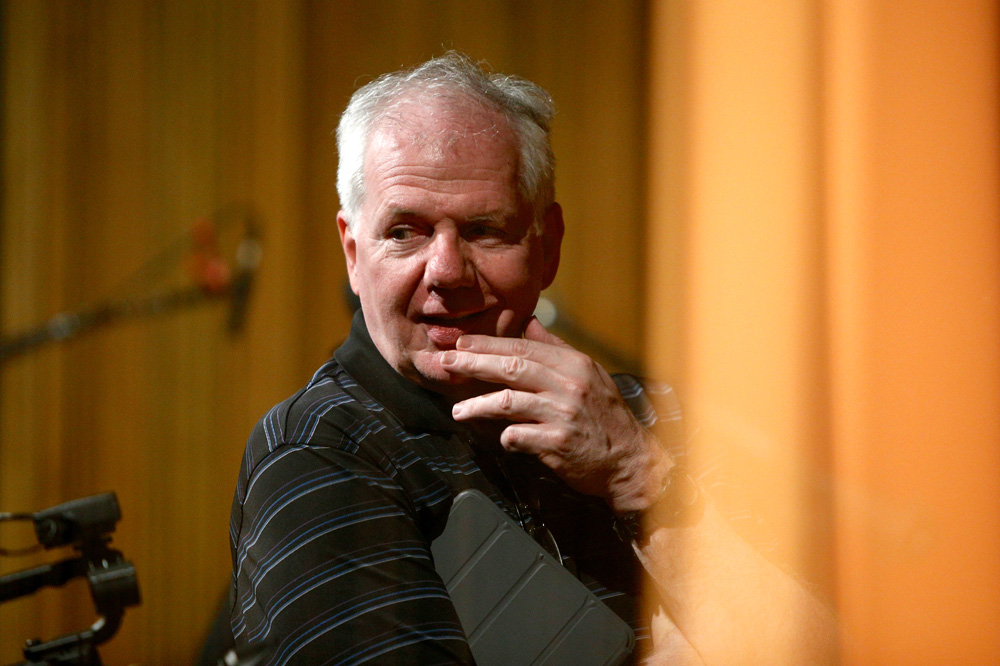 Select artists who grace the festival stage also find themselves enlisted in the music program. The 2015 edition featured Janis Siegel and her Requinte Trio with Nanny Assis, John DiMartino and Leo Traversa. The Siegel episodes are airing now online and on Voice of America, as well as through public library systems around the country.

But just a few weeks after the SubCat session, another Syracuse reunion took place at Forge Recording Studios just outside of Philadelphia. Phish member Jon Fishman, who grew up in Syracuse and was inducted into the Syracuse Area Music Awards (Sammys) Hall of Fame last May, was joined on a session by Studio Jams favorite Dave Hanlon, who once taught drums to the then-13-year-old Fishman. The Fishman episode will be made available in February.

“He came to me the first week of September to create some report with him,” Hanlon remembered vividly. “I asked, ‘How was your summer?’ He said he spent it following the Grateful Dead around on tour. I asked, ‘One of your parents went with you?’ He said, ‘No, I went with one of my buddies.’ I was just amazed. This 13-year-old kid had the focus, passion, independence and just sanity to be safe while following the Grateful Dead for a whole summer. Then he ends up in a band that becomes like the new Grateful Dead in some ways.”

After a few lessons with Hanlon, the two didn’t reconnect until Fishman was in college and playing with Phish, when Hanlon caught the band at a small bar in Syracuse. He didn’t see Fishman again until 2005 when Fishman introduced Hanlon for his induction into the Sammys Hall of Fame.

“He and his dad inducted me,” Hanlon recalled. “They were both in suits and he was just so sweet to come and do it. When he introduced me he pulled out a sheet of paper. It was the first lesson I gave him that he still had. It blew me away.”

The two kept in touch over the years, but never once played together — until Aug. 10, 2015, when Emmi was there to catch it all on video.

“We’ll probably step all over each other,” Fishman joked before the start of the first-ever Studio Jams session to feature two drummers behind sets. “Then at the end, we’ll be like, ‘That was fun!’” 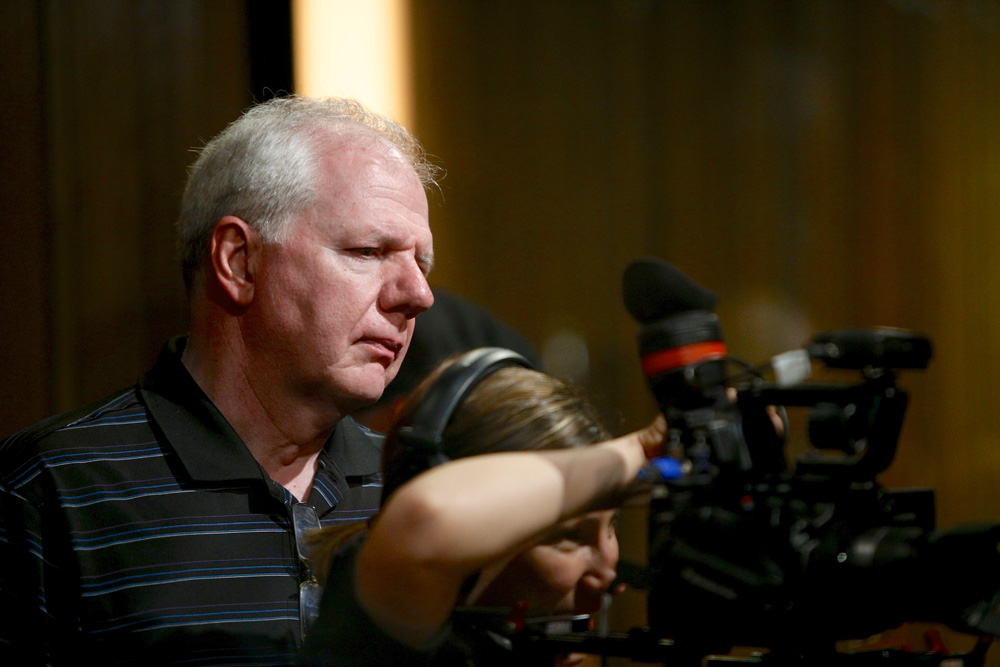 Although neither Hanlon nor Fishman had ever played with another drummer, the session went smoothly. Meanwhile, guitarist Gil Parris, Matt King on keys and organ and Kip Sophos on bass played off the thick rhythms with ease.

“Jam sessions are a great tool,” Parris said. “When you surround yourself with different people, you take something from each person. A good jam session is all about listening and having an open mind. The worst is a player where it’s all about them. But you’re not gonna find that here.”

Fishman noted his strengths and weaknesses when it came to meshing with new musicians. “Phish is a little extraordinary as a band because we have always worked on things we’re bad at,” he said. “That’s not always the case. People usually work to their strengths. If you’re not being exposed to a lot of other people, people challenging your status quo with your instrument, you might get really good at one thing, which isn’t bad. But it was a debate in Phish: ‘Are we going to be this band that’s half-assed good at a bunch of things or really good at one thing?’

“We pushed the limits and I gained a lot from being in Phish in terms of versatility,” Fishman continued. “When I play with other people, I listen completely. I’ve been in one band for 32 years. I have weaknesses in those situations that you wouldn’t have if you’re a really great studio musician who plays all styles.”

The key to overcoming those weaknesses was exactly as Parris had explained: big ears and an open mind. “I’ll try to fit in someplace,” Fishman noted. “If the guitar player looks pissed off, maybe I’ll lay off a bit. There are times to make noise and times to create space.”

“This particular group is my Brazilian trio, but Jeff Stockham, I’d never met before,” she said. “He just folded himself right in. It was fabulous.

“It’s interesting for both non-musicians and musicians alike to see the process musicians go through in their language,” Siegel continued. “There are structures that exist. Musicians communicate who solos, who supports, the introduction, how to end, what’s the feel, what’s the tempo, all of these things. And then you count it off, and you’re off.” 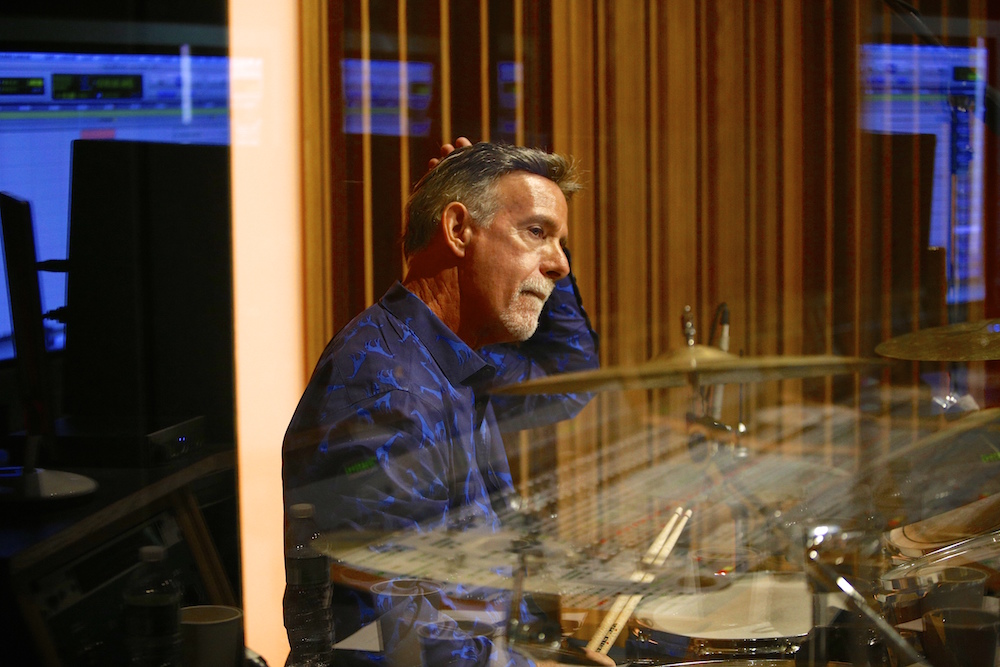 Ron Keck, SubCat owner and engineer, has recorded nine episodes of Studio Jams. He noted with enthusiasm just how well the local acts measure up with the national and international stars.

“I hate calling them local musicians because they play at a high level that could be on any national stage,” Keck said. “Jeff Stockham came in earlier and was sweating it out because he had to transpose on the fly. But when it came time to perform, the hair stood up on the back of my neck. Mark Nanni is another: He can hold his own with anyone. It brings tears to my eyes watching these guys play.”

The session following Siegel’s group featured all local musicians, including Nanni on keys, Hanlon on drums and Edgar Pagan on bass. Loren Barrigar, who is local yet also internationally known for his playing, also joined the jam.

“For the second session, I wanted it to be made up of an eclectic mix of Central New York players,” said Emmi, who organized the sessions. “Dave Hanlon has been a longtime close friend and I love what Mark brings to the table as well, so I locked them in. I have had my sights on Loren for a while and I know he has done a lot of work at SubCat. So I reached out to him and, luckily, he was in town.

“All I needed was a bassist. Although I’d never officially met Edgar, we have many mutual friends, so I rolled the dice and gave him a call. I’m glad I did. He fit in quite nicely, and what a great, enthusiastic spirit.”

Episodes are released on Voice of America and in more than 630 public library systems on the free live streaming service Hoopla. Emmi also expects a new distribution deal with the OnDemand Network and says he’ll release individual tracks on YouTube.

“Studio Jams is fun and entertaining,” Emmi says. “It’s always fresh, fun and unpredictable. It’s a series that is wonderfully inspiring for musicians, providing them a seldom-seen look into the creation process.”