Christopher Sinatra lives in Oswego, NY where he studies early American history at SUNY Oswego. He is working towards earning his MA in December ’15. Sinatra will be joining the Syracuse New Times with a twice monthly blog, “Sleepwalking Through History.”

Have you heard the news? Syracuse is awesome again! New development projects like the Onondaga Lake cleanup and the Creek Walk and city pride groups like Believe in Syracuse and Forty Below remind us that a house is not a home, and lest we forget – Billy Joel came to the Dome recently.

All of this and much more makes me feel good to be from the ‘Cuse (especially because I don’t follow SU basketball). But as you know, the burgeoning enthusiasm about our city hasn’t always been so loud and proud.

As the good folks from our sister-city Portlandia remind us, history is awesome again, too – so let’s find out.

One of the big lessons I’ve learned as a student of early American history is that there is often a fine line between the present and the past. There are ways to relate to the past which seem very modern. Yet other stories seem so utterly unfamiliar to us now that it is easy to forget that people very similar to us inhabited the same region.

In 1906, author William Dean Howells observed, “Yes – what the American public always wants is a tragedy with a happy ending.”

I think that we often believe there was a “golden age” of history because it’s clear to us that happy endings are not guaranteed. Yet it brings comfort to have faith that this was not always the case. To many of us, what the past means has a direct effect on what the future will mean, which can become problematic. And who better to paper over problems than hometown heroes? Too often, though, hometown means “born to run,” like Rod Serling, whose family moved away when he was just a bubelah. Many were merely celebrities like, well…Tom Cruise. If one reads outside the Entertainment Weekly box a bit, though, it’s fascinating to realize that we actually tread the same ground (ahem…concrete) as Onondaga sachem Tadodaho, women’s rights activist Matilda Jocelyn Gage, Vietnam war correspondent Michael Herr and even Spongebob Square Pants, kids.

But there are other stories. 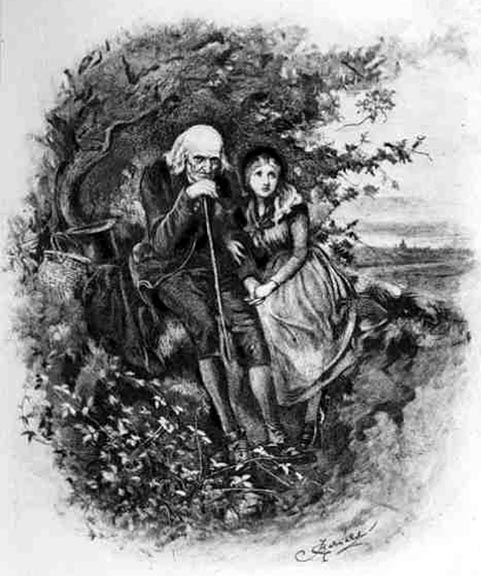 Little Nell with her grandfather.

In 1868, 12 year old “Willie” Thornby was working as a bell-hop at the Syracuse House, an early hotel which girded the Erie Canal where the M & T Bank Building now stands. One sleet filled day in early March he was honored to attend to Charles Dickens, who was passing through Syracuse on a book tour. Willie was not only treated to a private reading of his favorite Dickens story, Little Nell, but he says, “I had the honor of carrying his manuscripts across the street from the hotel to the theater for him. He and Dr. Wieting and I went over after the crowd had taken up all the chairs and room in the place, and I sat in the wings and listened to him read. It was great. He could make you laugh one minute and cry the next.”

Indeed – what a Dickensian story in and of itself. Whether Willie had recorded these memories accurately so many years later or not is difficult to tell, but worth remembering even with a grain of salt, especially in the Salt City. Thank you, Willie. You too, Charlie.

Each of these people arguably contributed as mightily to our world as those whose monuments we pass by every day. Also, there were many who are omitted from our collective memory whose struggles and victories were as crucial to the development of our locale as those of the usual suspects. In fact, I have heard these unsung people called, “heroes of their own lives,” an idea which I am sure some of us can relate to.

Another idea Syracusans are familiar with is a major transportation project raising serious hackles among citizens, taxpayers and business owners.

As the Onondaga stretch of the Erie Canal was being built, (its impact to our lives greatly overshadowing I-81’s invasion of the late 1950s), visiting newspaper editor William Leete Stone asked a companion, “Do you call this a village? It would make an owl weep to fly over it.” How’s that for a review?

The social and commercial opportunities brought to the city by the canal in 1820 are well known, but many people were less than thrilled with the implications of the project. As Carol Sherrif argues in her book The Artificial River: The Erie Canal and the Paradox of Progress 1817-1865, many localities were afraid that the canal was being built too far away and that its benefits would pass their town – and them – by. In 1825, neighbors from Manlius sent a petition to the state of New York requesting permission to build a small canal, or a “side cut,” which would provide a life-line to the main canal, all of four miles away.

“…if we succeed in getting our side cut we think we shall still be able to cope with our neighboring villages on the canal.” 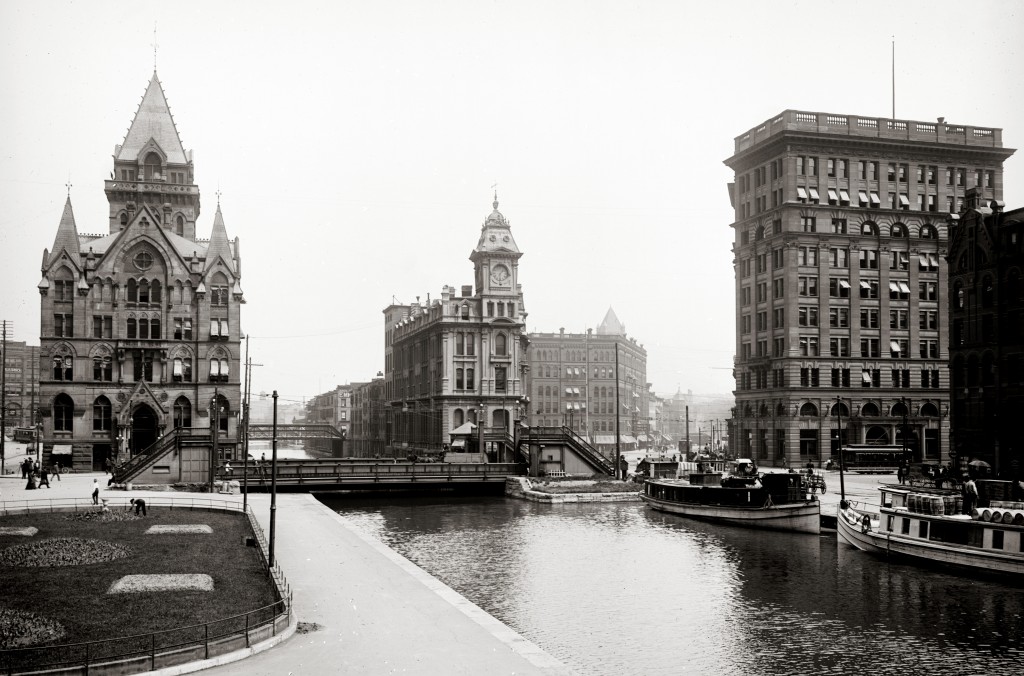 In the early 1840’s, at the tail end the recession resulting from the Panic of 1837, disagreements about the Canal hit Syracuse hard. Salt manufacturers protested a new toll on fuel by writing, “a burthen from which we have allways heretofore been exempt.” Most shocking were the mule drivers, often poor boys and orphans, whose status left them without shelter during the harsh winter months when the canal was closed. Some of them even broke vagrancy laws in order to spend time “indoors!”

Back in the relatively comfortable twenty-first century, it’s springtime now, and last night I went out into the comfortable air and looked out across the beautiful landscape. I asked myself a very basic question. What is Syracuse? What is it I am being asked to believe in?

Maybe if I venture out again tonight I’ll ask – what happened here before Colonel Stone’s owl began to weep, and after its eyes were dried?

Are they dry now?