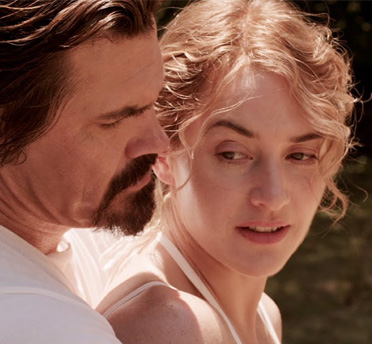 The three leads, working on a script written by and direction from Jason Reitman, make you believe that the following can happen in a span of five days:

A guy named Frankie leaps from a second-floor window during an emergency appendectomy to avoid going back to prison for a crime he truly believes is not like the law and order folks say it was.

He approaches a near-teen named Henry and his mom, Adele, in a New Hampshire department store and convinces them, without force or too much terror, to give him a ride in their car. To their house.

The escaped convict treats Henry with respect, something that’s been in short supply under their roof from anybody other than each other. He fixes things and teaches how to throw and hit a baseball.

The adults fall for each other.

They plan a trip to Canada.

That’s enough detail here, but rest assured that there’s more and further significance packed into this story adapted from a novel by Joyce Maynard. That’s quite striking, considering that mostly the scenes are slow, the actions are quiet and the drama percolates slowly.

Flashbacks help flush out the story from both sides. It is almost unbearably sad.

And then there is that trip to the future  …

It’s assuring to feel that broken people can help fix each other in short spurts and maybe even do the right thing over the long haul.