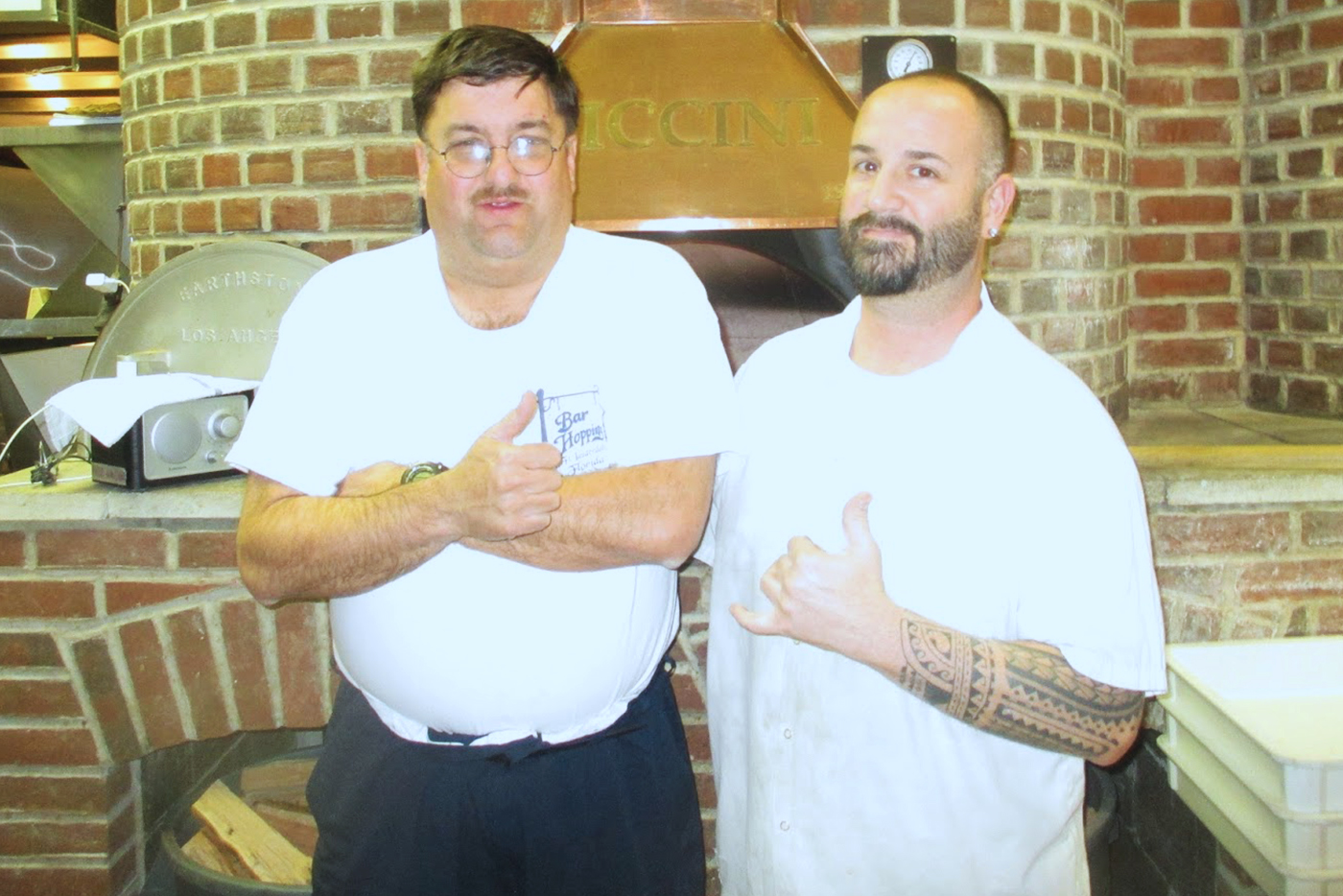 Guy Fieri, host of Diners, Drive-Ins and Dives, on cable TV’s Food Network, makes viewers laugh, makes them hungry and makes them want to hop in the car and take foodie road trips.

Consider Bill Grella, 53, of Leesburg, Va. He’s a diehard “Triple D” fan whose travels have taken him from Maine to Florida to Hawaii to visit hundreds of the independently owned restaurants featured on the TV series since it debuted in 2007. He blogs about his travels at Diners, Drive-Ins and Dives Adventures. On Wednesday, May 18, when he dines at Pastabilities in Armory Square, he will notch his 500th “Triple D” visit. 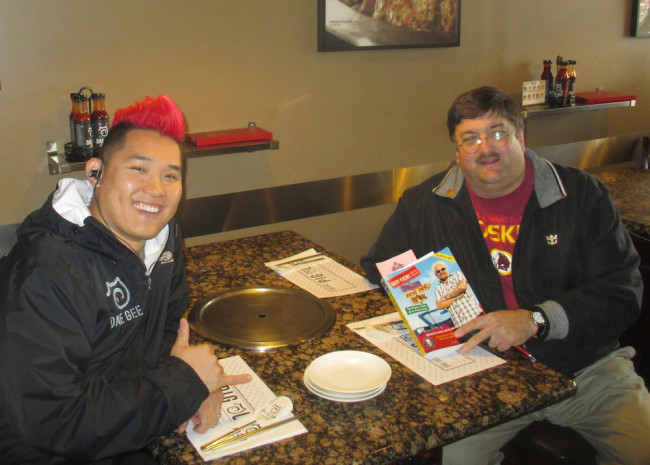 And Pastabilities owner Karyn Korteling and her team will welcome Grella and make him feel at home. Legions of Triple D fans have visited the restaurant since Fieri came to town in August 2012 and filmed at Pastas, part of a road trip that also included local segments at Funk ‘N Waffles, Empire Brewing Company, Byblos Mediterranean Cafe and Eva’s European Sweets.

But a fan’s 500th visit — that’s extra-special, Korteling said. “We want to make sure he has a great experience,” she said last week. “What I’ve discovered is that Guy Fieri has such a fan base that people literally put pins in a map to follow his selections. The show has really put us and put Syracuse on the map.”

By day, Grella works as a ramp service/safety advocate at Washington Dulles International Airport. He has been known to leave his job after work, get in the car and drive to New Jersey to hit up a cluster of Triple D eateries with good vittles. He alerted the Syracuse New Times of his upcoming milestone at Pastabilities and answered questions by email about his passion for Diners, Drive-Ins and Dives.

How did you become such a diehard fan?

I started watching the show shortly after it premiered in 2007. I not only enjoyed seeing cool places to eat but loved Guy’s persona and wanted to try the different places. I visited my first place on Memorial Day 2008 in Richmond, Va., at the Village Café, and it took off from there.  At each place I try to get one of the Triple D companion books signed by one of the staff, usually the chef or owner or someone that worked during the restaurant’s Triple D filming.

Have you ever met Guy Fieri?

I met Guy briefly in November 2009 at the Guy Fieri Roadshow in Norfolk, Va. I had purchased a VIP ticket to the show, which included a meet-and-greet with Guy.

How do you decide which restaurants to visit?

I first choose the city or area that I want to visit and then plan which places to try, although I do attempt to get to all of the places on my visit unless there are so many that it’s not possible.

Hard question because there are so many different places. Some I enjoyed for the food, some for the atmosphere. My favorite meals have been the lobster ravioli at Rino’s Place in Boston; brisket at the Pecan Lodge in Dallas; and crab cakes at Stoney Creek Inn outside Baltimore. I really enjoy Lauer Krauts in Brighton, Colo.; Sip and Bite in Baltimore; Park’s Finest Barbecue in the Filipinotown area of Los Angeles; and Hillbilly Hot Dogs in Huntington, W.Va., for the fun atmosphere and the wonderful people I met there. Also the food was really good at all of these places.

Have there been any eateries that perhaps didn’t live up to their depiction on TV?

Very few misses in my travels. Most of the misses weren’t due to the food but more for the service and staff demeanor. I don’t like to look back at these, I like to focus on the positive.

Do the restaurants know you’re coming and roll out the red carpet for you?

Only twice have I called a restaurant in advance: One was for my 400th visit in Baltimore in January 2015, and for my upcoming visit to Pastabilities. I usually don’t tell the different places until I am almost done with my visit and ask them to sign my book.

Have you checked out the Pastabilities menu?

I did look over the menu and have yet to decide what I want to try. They featured the (Wicked) Chicken Riggies and I might try that but I am not a real fan of spice. I won’t decide until I am there.

(The other items from the 2012 episode are still on the menu, including duck bacon pizza and Pastabilities’ signature spicy hot tomato oil.)

Will you dine at other Syracuse restaurants Guy Fieri visited in 2012?

I want to visit all of the places in the Syracuse area. I will start my visit by going to Buffalo to try those places before getting to Syracuse.

Following Bill Grella’s May 18 tour at Pastabilities, he will attend a June 11 event in Des Moines, Iowa, that has been organized by a Triple D Facebook member. “I plan to meet fellow fans and try the six or seven places in the Des Moines area that have been featured on the show,” Grella said.