Keeping it real just might be the best response to society’s problems.

You know that sound: dead battery. You turn the key, and instead of the full-grown lion’s roar you were hoping to hear, you get the pitiful squeal that sounds like there’s a tiny baby seal yelping under the hood. Quickly you find yourself reduced to begging and pleading with an inanimate object. You turn your head to the left and lean forward against the steering wheel as you crank, hoping somehow that if you can hear the engine better, you will have greater chances of success.

But a dying battery is not a hearing problem, and with each muttered plea and attempt at ignition, the yelp only gets weaker and weaker. Then there’s the click—the definitive advisory that your battery has abandoned you and that your day, like your vehicle, is not starting the way you had hoped it would.

It’s always in winter. That’s when those little cubes that store electrical power under our hood are most likely to give up the ghost. It happened to me recently one early morning. I had a parking lot full of snow to move and a rusty old truck that had no get up and go.

Time for the jumper cables, and a friend whose battery was in a better mood. Positive to positive. Negative to negative. Eventually the engine caught, and we could get on with the job of pushing winter back into its assigned place. 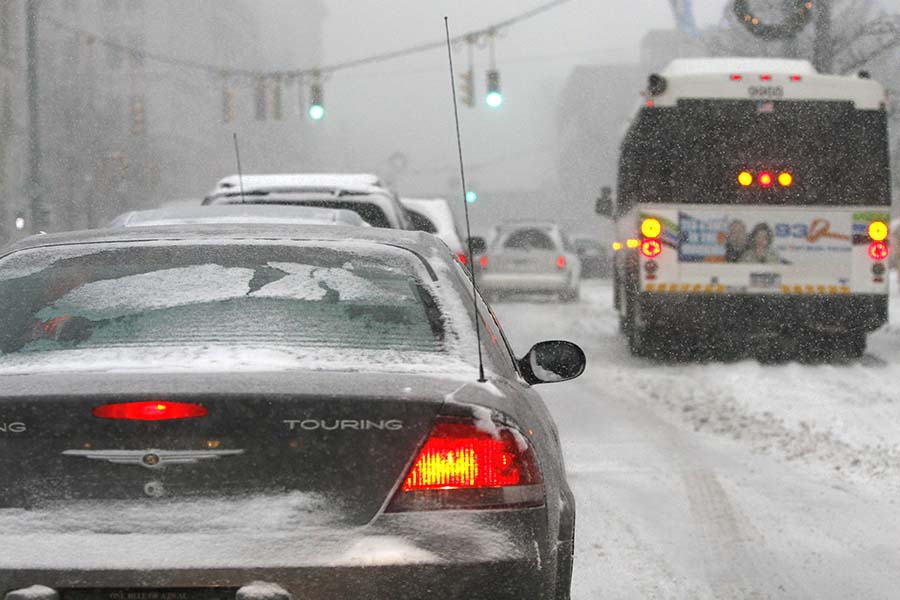 I hear the word “positivity” a lot these days. Especially around the time of the New Year when we express our hopes for a bright year ahead, friends send along wishes. Lots of people urge us to be positive, to look on the sunny side, choose “positivity” as our mantra. Everywhere in the culture, from Oprah reruns to sales seminars to pop psychology books and not a few pulpits, we are told that our job is not so much to observe reality, but instead to smile until we see it differently.

Our friends mean well, and I get what they’re saying. Truth is that we can make or break how we feel about something by the attitude we bring to it. The atmosphere inside the cab of that truck on a cold morning can be affected by the battery’s failure, but it can be turned around in an instant if I choose to laugh, or to hum a tune, rather than just curse my bad luck. But that won’t start the truck. For that to happen I’ve got to figure out what’s wrong and get some help.

Positive versus negative sounds to me like a false choice.

When we go to the doctor, do we insist on hearing just the good news? That wouldn’t be very helpful, would it?

When we get an exam back, it doesn’t do us much good to read only the questions we answered correctly.

We don’t bring our car to the mechanic and ask to be given only good news. We ask for the source of the problem, and a solution.

When our basketball team goes 14-0, do we want to hear from the coach about what our guys did wrong? (oops. bad example, never mind).

As individuals, learning to choose a positive attitude is a valuable life skill. Giving ourselves that internal pep talk helps us to keep facing the day, and to keep up our energy to face the next challenge.

But there are some side effects. One, it subtly discourages folks from undiscriminating positivity. In the news business, we hear all too often from people who wish we’d tell just good news (and then complain when something goes wrong and we didn’t tell them about it). Two, in a perverse way, it points a finger of blame at people who find themselves on the short end of the stick, people who for no fault of their own are being kept down.

But no one ever changed things for the better with just happy talk. If I just hooked up those jumper cables to the positive terminal, I’d be clearing the lot with a snow shovel.

So my New Year’s mantra will be to try to keep it real. You can decide for yourself if that’s positive or not.