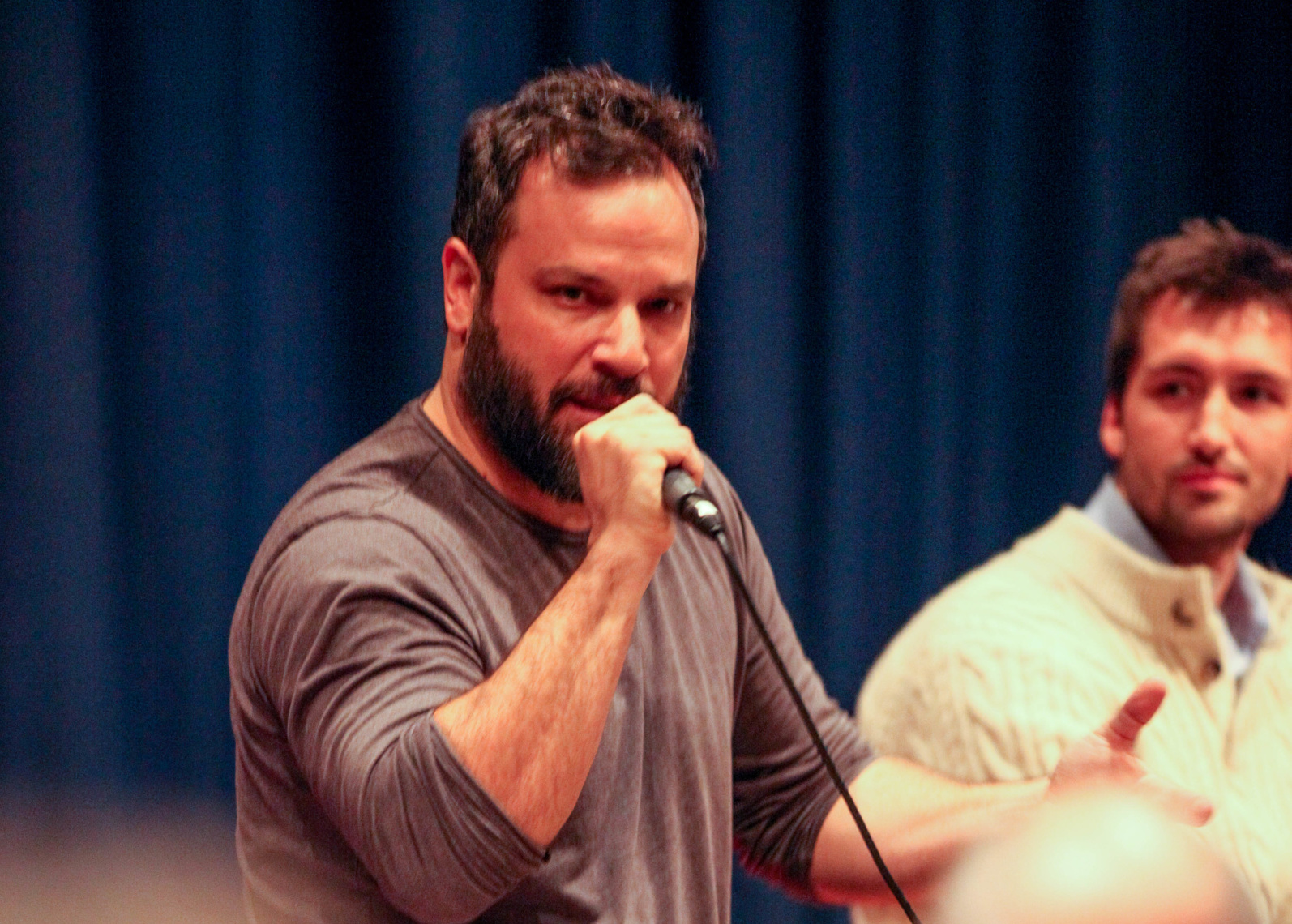 The former A.V. Zogg Middle School in the village of Liverpool will soon come to life as a backdrop for a teen-geared movie comedy set to begin filming through December. And the American High production company is on the hunt for extras who will fill the school’s hallways.

The Liverpool School of Cinema, as Zogg has been rebranded, is the brainchild of Hollywood writer-director Jeremy Garelick. His American High concept, which came from his love of high school movies, especially Brat Pack auteur John Hughes’ films of the 1980s such as The Breakfast Club, Ferris Bueller’s Day Off and Sixteen Candles, led Garelick to acquire the two-story Zogg building in order to create several low-budget high school-type movies.

“I started collecting what I believed to be the best material on the subject matter,” Garelick told the Syracuse New Times in a March interview. “People were submitting high school screenplays to me because the studios weren’t making these kinds of movies anymore. So I’ve been looking to basically create a high school universe much in the same vein of the Marvel superhero universe.”

The cameras will start rolling next week for the comedy Eskimo Sisters. Handling the direction will be Benjamin Kasulke, an acclaimed cinematographer who was born in Syracuse and is an Ithaca College graduate.

The shooting schedule that will involve extras will take place Sunday, Nov. 26, Monday, Nov. 27, Wednesday, Dec. 6, Thursday, Dec. 7, and Sunday, Dec. 17. To get in on the lights-camera-action, submit your name, age and which dates you would like to attend to [email protected]. As an incentive, the production company will be holding raffles for prizes such as iPads and televisions for participants. SNT

South Side Story: Beloved cocktail lounge closes after 28 years
Three Profiles Of Military Women, Their Struggles and Accomplishments
To Top