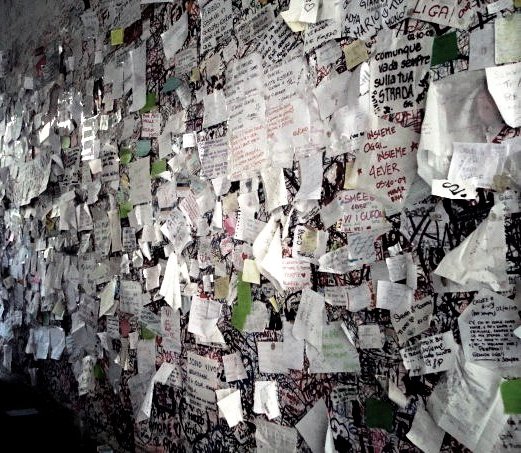 Five years ago and around this time (October), I somehow ended up in Italy. Home base was Toscolano-Maderno, but my cousin and I ventured. After conversing with my distant cousin earlier that year, he convinced me to buy a ticket to secure a visit. Although simply purchasing the ticket wouldn’t technically set anything in stone, personal determination was prominent enough to secure that. The trip itself was intentionally Northern Italy and family heavy (for obvious reasons) prior to ending the last three days in Rome – tourism was inevitable.

Italy, not just Rome, is definitively one of the love-backed countries, the yet-to-be-visited France is up there as well, which almost seems to invoke more pressure than anything else. People, tourists especially, expect it to be for lovers. The first day we were in Rome, as the three of us headed to the metro, we passed a passionate couple: the guy had his girl pressed against a pillar, and she closed her eyes as her head tilted back from the pleasure of his kissing her neck.

The young woman in front of us said something to her mother. Adriano laughed and translated the girl’s wish that she was that girl pressed against the pillar. 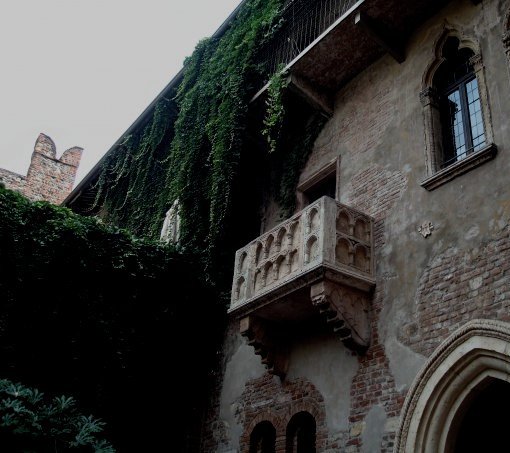 The first city we visited was Verona, the setting for the immortal Romeo and Juliet. There is also a statue of Dante Alighieri that stands in Verona as well, as he wrote the famous The Divine Comedy, his travels through Hell and Purgatory and Heaven. Of course, this can allude to the saying that you have to go through hell before you come out successful. Not only does this pertain to life, but to love as well.

Romeo states: “Love is a smoke raised with the fume of sighs.” With this quote, I immediately think of film noir, a classic with a cigarette smoking man hovering over his tumbler of bourbon, his hat to the side of him and upon the bar, talking to the bartender about the dame that didn’t away, but who drives him bonkers. And in the same room, Tom Waits sits at a piano. Some sot is passed out with his face in the bend of his elbow.

Love and adoration may burn continuously within us, but the process of falling in love is frustrating. It’s then when we bank on outlets and practices and superstitions to hopefully and faithfully get people where they want to be. Unfortunately, too much of anything isn’t good; it’s dwelling in love’s purgatory, going to the extremes can help display your personal efforts as overzealous and crazy or as dick-headed and … well, crazy.

In an article by The Guardian a half-year later, it states American teens contribute the most letters to the famous Club di Giulietta. Who would have thunk the obsessive and delusional, starstruck American teens would be the ones to beat something to death? That movie, Letters to Juliet, probably catalyzed the influx of letters from girls thinking they could have their love dilemmas resolved by the aura of a fictional character of a play that they simply just-so-happened to read in school. 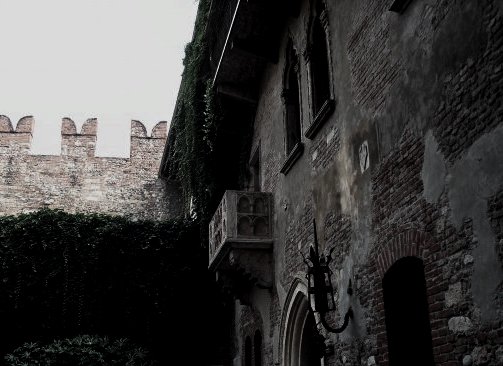 Before entering the courtyard, a wall of attached handwritten notes and scribbled names and messages is passed. Although this may be more female-preferred, the men get to have at a statue of Juliet; the chest of the statue is worn down due to the amount of spooning through the years. The line to stand behind the statue and to place a hand over the right breast as a smile forms for the camera was (is continually) too long . Similar to writing letters, this act is supposed to enhance your fortune in love. The line turned me off, and so did the tourists creepily, feverishly grinning.

Adriano asked me if I wanted to jump in line, and I told him that it wasn’t worth it for the sake of love. Perhaps I should have copped a feel. However, in April 2010, I leveled-up eloquence by kissing the Blarney Stone, which was satisfying enough for me.

But the cobbled streets, the Verona Arena, the Basilica di San Zeno and its preserved crypt and ruins … What is there not to love about those aspects? Adriano and I didn’t stay into the evening, but there is certainty that Verona is beautiful in those hours. The dining al fresco, clinking of wine glasses, candle lamp-lit faces, laughter – it never ends.

It’s extremely difficult to find such urban tranquility here. There are nooks, but they not entirely similar in feel, and those areas end after turning the corner. And this difference and difficulty with actually trying to recognize and find a comparable grand scale, but appreciating the little things, makes life appreciable in Central New York.

Free Will Astrology
The Cross in the Sky Phenomena
To Top